Brace yourself South Africans - You might end up being Russian slaves 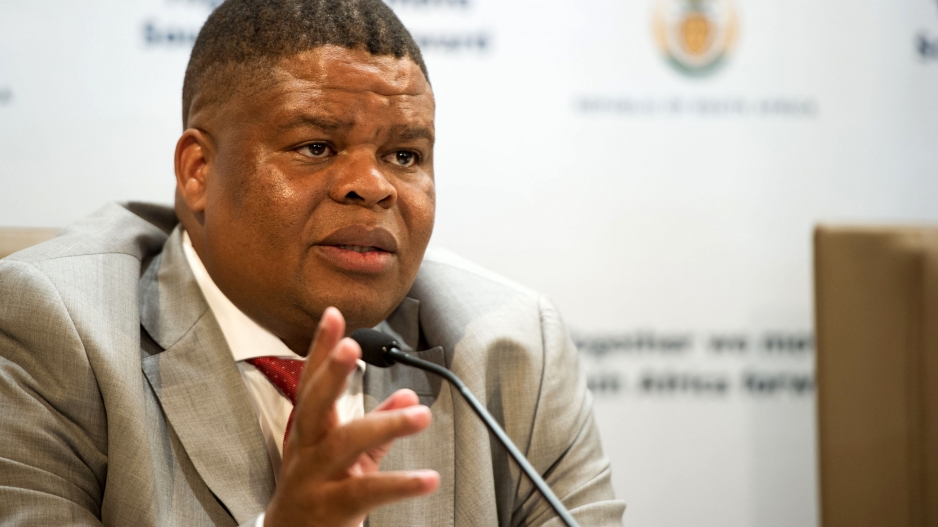 David Mahlobo is the new Minister of Energy. Picture: GCIS

After contradictory and prevaricating messages about South Africa’s propensity to procure nuclear energy- we now have further prevarications.

Finance Minister Malusi Gigaba originally stated that there will not be a nuclear deal, as the South African economy cannot afford it. A different statement was made from within the same cabinet, by Gigaba’s colleague - Energy Minister David Mahlobo, who on the very same day that Gigaba denied it, announced that there will be nuclear procurement as South Africa moves forward. It should be clear by now that internal pressure - both within the Cabinet and within the ANC - has been placed on Gigaba, because on 23 November he announced to Parliament that SA will proceed on the nuclear build programme at a pace and scale that will be affordable to the government. https://www.businesslive.co.za/bd/national/2017-11-23-malusi-gigaba-in-u-turn-on-nuclear/

With this announcement, Gigaba appears to suggest that the prevarication is over and that there will definitively be a nuclear deal, which is now gaining fresh momentum. The nuclear deal with Russia is looking at not only gaining 9,600 MW, but also restarting a uranium enrichment plant. This nuclear programme was dismantled in 1989, as it was seen as a threat towards regional peace and stability. In 1996 South Africa signed the African Nuclear- Weapon- Free Zone Treaty (also known as the Treaty Pelindaba) making South Africa one of the first members. Under the treaty member states are required to not engage in the research, development, manufacture, testing, possession, control or stationing of nuclear explosive devices within their territory. In order to ensure compliance with the treaty, the African Commission on Nuclear Energy was established and headquarters were set up in South Africa.

So, why the deal with the Russians?

The African National Congress (ANC) has longstanding military ties with the Russian government that date back to the apartheid era - even though the ANC’s relationship was with a different configuration of the Russians, the Soviets. The relationship between SA and Russia persisted in a newly configured, post perestroika Russia. This is further strengthened by the desire of SA to be a key player in a new, realigned world order with a focus on Brics. So it came as no surprise when Zuma visited Russia in 2014 - under the pretense of “rest” - and came back with a signed R1-trillion deal with Russian state-owned nuclear power company, Rosatom, as extensively reported in the South African and international media.

It is important to note that this deal is more than a commercial transaction around energy. The state of South Africa’s future foreign policy is at play as well. This de facto alliance between states guarantees good standing relations for the next few decades. The signing of this deal comes at a time when South Africa is attempting to reassert its place in the international arena.

There has been specific importance placed on South Africa’s place within Brics. With South Africa’s economy being marginal in the broader Brics configuration, and its influence in both Africa and the world declining after Zuma’s arguably disastrous presidency, this is one way of South Africa leveraging greater influence within Brics, by aligning with one of its more powerful constituents. Russia’s economy and its regional and global ambitions is a good piggy back for South Africa to make itself relevant after Mandela getting South Africa feted by the world, and Mbeki astutely inserting South Africa as a key player in Africa and in international affairs. Zuma has been at pains to further his relationship with Russia and China - because of their power and influence, but worryingly also because both embody a type of authoritarian politics, one that Zuma appears to have a predilection for. This preference should not be discounted in his rationale for the deal.

But, the nuclear deal doesn’t only have one-way benefits for South Africa and Zuma. It also benefits the Russians as it opens up the African continent to Russian influence through South Africa, often viewed as a regional and continental hegemon, especially in business and infrastructure development. Through the establishment of this deal, Russia will once again become a key player on the continent after the decline of the Soviet Union and its influence in Africa during the cold war. With the Cold War over, and this new point of entry through South Africa would reignite Russian influence and position it effectively pick at African resources through the nuclear program.

There is no demand for nuclear energy in South Africa. It does not pose any benefits for the South African economy or the environment. The most cost-effective means of generating energy at this point would be a collaboration between hydro, imported gas, solar and wind.

There has been a global move away from nuclear energy, following the Fukushima nuclear catastrophe. Many developed countries have begun implementing programmes that would lead to the eventual closure of all nuclear power stations. Yet, the Zuma administration is adamant on painting the deal as one that will be beneficial for South Africans- by creating cheaper electricity, reduced load shedding, opening up new avenues for science and technological development.

However, environmentalist critics, economists as well as opposition from within the ANC warn of the dangers that the nuclear deal poses. Apart from costs, which Malusi Gigaba initially cited as an inhibitor, his subsequent change of mind suggests something more sinister is at play. Gigaba had vehemently stated that,“It is not off the agenda, the country at the present moment can’t afford nuclear and the budget also can’t. We have 5,700MW of electricity surplus. That’s bigger than our biggest power station, Medupi, which is the fourth-largest power station in the world and which when fully commissioned will produce 4,800MW.”

But what, apart from friendship with the Russians, a political affinity for authoritarian politics and regional influence can the motives for nuclear be?
While shrouded in conspiracy, the connection between nuclear, corrupt politics and presidential succession in both the ANC in 2017 and the country in 2019, is clear. As far back as 2009, signs of Zuma’s nuclear plans began surfacing.

Worse, the entire nuclear deal is opaque and shrouded in mystery. A typical mode operation of Zuma&39;s Government. In a constitutional democracy, decisions especially on big infrastructure spending like nuclear, with both massive potential benefits as well as potential hazards for the public, ought to be transparent, legal, subject to public and parliamentary scrutiny and oversight.

However, Zuma has taken full control of the nuclear programme through secret meetings with Russian delegates, undisclosed documents and confidential financial reports, usage of apartheid legislation, ignoring Eskom’s technical and financial capabilities and the most notable- removal of internal government and political opponents such as Nhlanhla Nene and Pravin Gordon. Hours before Nene’s dismissal Zuma’s cabinet approved the nuclear programme. The decision came after Nene released a statement in Business Day that he would not sign off on the nuclear deal if it was not affordable and that he would not be intimidated by “political meddling”.

Between 2009 and 2014, Zuma has had multiple meetings with Vladimir Putin and Dmitry Medvedev where two personal - undisclosed- agreements were made and signed. This was made known by government whistle-blowers. The most recent meeting with Russian delegates, held last month, resulted in Zuma’s 12th cabinet reshuffle since he assumed office. The meeting came as Finance Minister Malusi Gigaba released a statement at the International Monetary Fund and World Bank annual meeting in Washington, stating that South Africa could not afford the nuclear deal.

According to government sources, the Russian’s came as a “final warning” to South Africa to see the deal through, and to ensure that David Mahlobo is appointed as Energy Minister. The delegation included military personnel, police and intelligence. Perhaps this might explain why Zuma’s government has been embroiled is no much litigation, obfuscatory government and the use and abuse of governmental process and bureaucratic procedure.

In South Africa, the need for nuclear energy build has been continuously re-examined. In 2013, an update of the resource plan was released. The report stated that “The nuclear decision can possibly be delayed. The revised demand projections suggest that no new nuclear baseload capacity is required until after 2025 (and for lower demand not until at earliest 2035).”  Nuclear build is very risky as it poses numerous threats and pitfalls. Environmentalists and conservationists have proposed alternative means of creating renewable energy sources for South Africa. But the Zuma administration have ignored them all suggesting that the nuclear procurement programme is tainted with vested intent of the most deplorable kind.

The only hope the country has for change is to start the procurement process afresh through rational, legal, and transparent evaluation under new leadership with serious parliamentary and public oversight. If this fails to happen South African’s will have to look towards a bleak and dark nuclear future riddled with corruption. 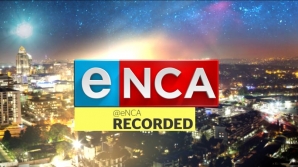