Can the ANC recover ground lost under Zuma? 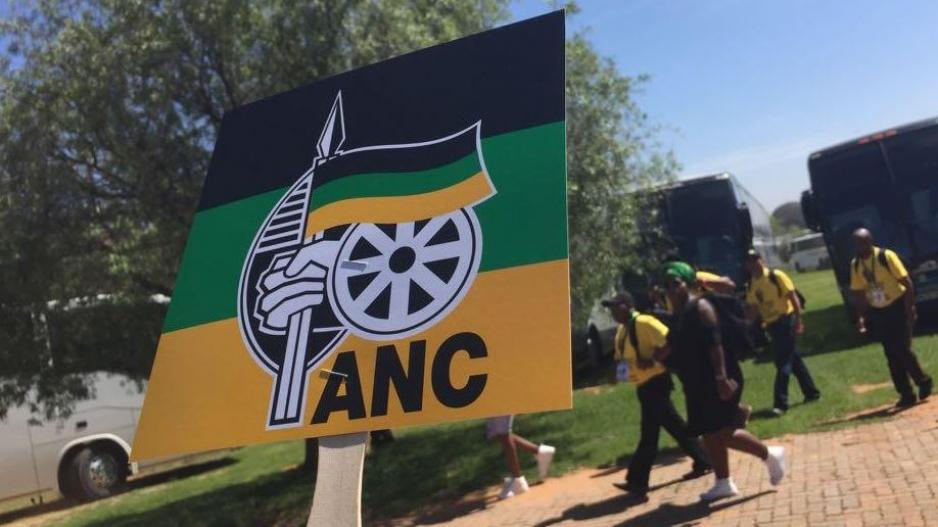 A women in a yellow shirt blows a whistle at an ANC women's league march outside the North Gauteng High Court where Oscar Pistorius is appearing on charges for murdering his girlfriend Reeva Steenkamp on February 14, 2013.

With the departure of Jacob Zuma as ANC and state president and the positive reception accorded to the initial period of the Cyril Ramaphosa presidency, the question arises whether the ANC can recover the ground it lost under the leadership of Zuma, and what that in fact means.

The notion of a “new dawn” suggests that we are about to see or in the process of seeing significant changes that signify emergence from the darkness represented by the Zuma period into a phase of regeneration/rebirth/revival of qualities that have been suppressed or been dormant.

For convenience this is considered under four overlapping headings:

• The ANC as an electoral force

• The ANC of democratic values

• The ANC of morality and principle

• The ANC of ideas

These headings are by no means precise and with definite beginnings and endings. They are used in order to advance a basis for debate, to help take stock of where we are now and what is needed to recover democratic and transformational values and practices, in the ANC and the country at large.

The ANC as an electoral force

This relates simply to whether the ANC has or will recover the capacity to remain the majority party in South Africa, primarily at a national level. This may be the easiest element to examine, even if done without systematic statistical data and analysis or the benefit of polling.  One year ago, it seemed that the ANC could well lose its national majority. This followed defeats in three key metros where the DA formed administrations with the support of other opposition parties, in addition to Cape Town, which it already held.  The ANC’s metro defeats seemed to prefigure potential loss of a majority by the ANC nationally.

In recent times, however, there have been significant changes in the fortunes of both the ANC and opposition parties. The exit of Jacob Zuma and election of Cyril Ramaphosa have fundamentally changed the standing of the ANC in the country.  Despite Ramaphosa’s election as ANC president being marred by deals that were struck in order to secure his victory, and resulting in many compromised individuals inhabiting the ANC leadership, Ramaphosa and his closest allies have nevertheless made significant steps towards cleaning up the grime and crime and pervasive illegality that characterised the Zuma period.

At the same time, in order to move with the backing of some who had been fervent Zuma supporters, Ramaphosa has not been able to shape things exactly as many would have wanted in order to secure a thorough clean up. Thus, for example, the cabinet that he appointed contains many who appear heavily compromised or have been convincingly fingered by media investigations. It may be that some of these, including some leading ANC figures, will be removed by force of law.  It may be, alternatively, that as Ramaphosa’s hand is strengthened through more and more Zumaites “crossing over” to what is now the “winning side”, that a point will be reached where he can thoroughly cleanse his cabinet, the civil service, state-owned entities (SOEs) and law enforcement agencies of those who represent state capture and corruption.

Much had been done already towards meeting those goals, even in the weeks before Ramaphosa became state president.  All of these steps create a momentum that could well see a significant return to regularisation of state functioning. This has won considerable support amongst many sections of the population, including business and parts of civil society, who protested against Zuma’s presidency for siphoning off state resources to himself, the Guptas and others.  That does not mean there is no resistance and that it will be easy to continue with this process, but rebuilding is in motion.

Although many who form the electorate may not be acquainted with all the details of the sleaze of the Zuma period, the ANC defeats in 2016, were according to many analysts, related to disenchantment with Zuma rather than attraction to the opposition parties. Consequently, insofar as the ANC becomes identified with cleaning up instead of corruption, this can be the basis for a return of disaffected voters.

At the same time as the ANC may be recovering some of its electoral attraction, the DA has manifested considerable disarray, with internal factionalism and open public divisions.  The DA is on the eve of a national congress and it seems unlikely that it can emerge with sufficient unity to tackle the difficult tasks that an ANC that is making some attempts at renewing itself may pose. Perhaps, most significantly for the DA’s aspiration to govern South Africa, is the growing evidence that it has not learnt the humility and flexibility required to be the leading force in coalition governments, manifested particularly in the Nelson Mandela Bay metro, where there has been continued instability.

The EFF had a very powerful public presence during the reign of Jacob Zuma and it was very prominent in exposing some of his misdeeds. With Zuma gone the EFF has found difficulty in repositioning itself and modifying its political tactics in order to remain a significant force.

Beyond the dramatic manifestations, it is unclear to what extent it has built durable and extensive organisational structures, as opposed to focusing on dramatic actions, like those against Zuma and land occupations. Whatever its power over the media (which may be less than before), this will not necessarily translate into the voting level it has previously achieved or higher.

The ANC of democratic values

Here, reference is made to a commitment to constitutionalism and legality, where the basic laws are now rights-bearing for all, unlike under apartheid, and in the case of the constitution, transformative in character. This concerns the ANC as a political organisation but also as the dominant force in government.  To the extent that the Zuma period has manifested widespread illegality and irregularity, to what extent can democratic values and respect for constitutionalism be recovered? And what does it mean to revive these values and commitments? And can the ANC be trusted to be the custodian of these principles?

This question has been partly answered under the heading of the ANC as an electoral force, reclaiming of its electoral support through identifying itself with upholding and defending the constitution instead of undermining that which is the basis of fundamental rights for South Africa’s peoples.  The changed orientation will have to be sustained and it seems likely to be the basis on which the ANC is now carving out its identity.

That is not to suggest that there are not some who would still like to take shortcuts that are personally beneficial. But if ANC leaders and MPs want to remain in power, they may now find those shortcuts or deviations to be counter-productive, even at the level of personal benefits.

The question of democratic values goes beyond constitutionalism and legality and will be taken up again under the heading of “ideas” (below).

The ANC of values, morality and principle

There may be an element of romanticism and mythology in attributing ethical qualities to the ANC, but many did join the ANC for that reason and had a lot to lose or did lose a great deal, in advancing the values of the organisation.  To what extent can that image and reality of being a party with ethical qualities be recovered, if it has been damaged or disappeared and to what extent can it be ensured that it is part of the future?

For very many, joining the ANC and its allies signified a moral choice, taking a stand to side with the oppressed and often to take risks and suffer the consequences of that choice. In the period before 1990, there was generally little to gain from joining the ANC and much to lose.  For that reason, the ANC was associated with sacrifice and linking the fate of its members with that of the oppressed, no matter what it cost individuals. That is why the ANC and its leaders were revered and won considerable popular support.

The ANC was associated with principle, even when it retreated, also in its most controversial episodes, notably those associated with negotiations. Those options were debated and decided on the basis of interpreting and advancing values that were aimed at achieving freedom for all. Some disagreed but these disagreements generally assumed common principles, that transcended any benefit that individuals might have derived.

That is not to suggest that the ANC did not commit abuses, as have been acknowledged to have occurred in Quatro.  These are also part of the legacies of the organisation that need to be recognised and from which lessons need to be drawn for the present and the future.

The ANC of ideas

For many of us the ANC that was unbanned in 1990, represented a place, along with its allies, where ideas were debated and contested, where strategies and tactics and ideas of freedom and related questions were constantly up for debate. That culture of debate had been present for some time in the ANC inside and outside the country.

Cadres and members derived from a range of experiences, in legal struggle, MK, underground, prison and many others. In that context, there was much debate over the type of democracy that South Africa ought to inaugurate. What place ought there to be for popular power, a period from which many within the country had recently emerged?  Was the vote to be the only way of experiencing democratic life? These and other issues need to be part of present and future democratic debates.

The ANC has become a place where little is debated and what motivates very many people may still be the aspiration to acquire wealth, by “whatever means necessary”. Can the previous culture of ideas be recovered?  Can the culture of personal enrichment be defeated?

The ANC of today in the period of the “new dawn” has not had time to recover the “ANC of ideas” if that is intended.  It has become a fairly depoliticised organisation where many people may still be preoccupied with personal gain and positions.  That explains why many who were Zumaites have now become fervent, “disciplined” supporters of Ramaphosa.

It is unclear what the future holds.  It is up to us, as citizens, inside or outside the ANC or other organisations, to use what weight we can bring to bear in order to find ways of ensuring that what is unfolding now develops towards a broad emancipatory outcome, that involves everyone one of us in rebuilding our country, on a continuous basis.

Raymond Suttner is a scholar and political analyst. He is a visiting professor and strategic advisor to the Dean of the Faculty of Humanities, University of Johannesburg, and emeritus professor at UNISA.  He served lengthy periods in prison and house arrest for underground and public anti-apartheid activities.  His prison memoir Inside Apartheid’s Prison was reissued with a new introduction in 2017. He blogs at raymondsuttner.com and his twitter handle is @raymondsuttner