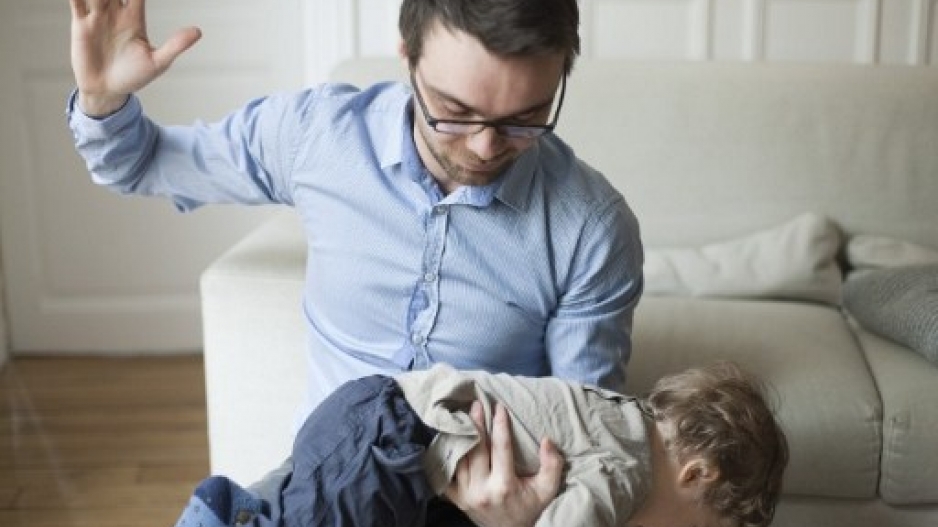 File: Some churches and Christian lobbies are outraged by a groundbreaking South African court ruling that outlaws the spanking of children.

Some churches and Christian lobbies are outraged by a groundbreaking South African court ruling on 19th October 2017 that outlaws the spanking of children. The court found that the common law defence of spanking as a “reasonable and moderate chastisement” of a child in the home is unconstitutional.

Violence against children is a major problem in the country. A disturbing 2016 study with more than 9,500 adolescents suggested that one in three children under 18 has been hit, beaten or kicked by an adult caregiver. Earlier studies show that more than half of South African parents have admitted they hit their children; 38% termed this a “severe beating”.

There’s been a flurry of negative responses to the court ruling by some vocal faith groups. They promote a conservative and contested understanding of religious freedom in post-apartheid South Africa that reinforces biblical literalism, hierarchical family structures and the right of parents to discipline children in a so-called “godly way”.

This approach is epitomised by the organisation Freedom of Religion South Africa FOR SA. It claims to represent 12 million South Africans and has launched an appeal against the court judgement.

Other local Christian organisations such as The Warehouse have offered a more constructive response. This recognises a need to rethink tradition and scriptures in the light of new knowledge. This approach aims to better equip churches to play a leading role in reshaping social norms to embrace progressive changes; in this instance when it comes to the treatment of children.

This is more in line with the many global faith organisations that are working to end violence against children. Their views were reflected in commitments made in Panama in 2017.

These approaches represent two poles in a wider theological debate around the possible relationships between religion and human rights. One uses sacred texts in a literal way to legitimise certain forms of hierarchical violence as God-ordained. The other seeks to transform these texts by adopting a contextual approach to the same traditions.

When faith does violence

South Africa has a long history of using Christian sacred texts to underpin ideologies of superiority and domination. This includes justifying slavery, colonialism, apartheid, homophobia and patriarchy. In 1985 a group of predominately black theologians used a grassroots process toproduce a contentious document that challenged the churches to reject this state theology as well as silent complicity by churches.

The same pattern can be seen today on the issue of spanking and children’s rights. Biblical literalism is being used to support corporal punishment, framed as both loving parenthood and obedience to God’s commands. Specific texts such as Proverbs 13:24 promote complex reinforcements between religion and culture, underpinned by a view of the child as bad, disobedient and in need of physical correction. According to this passage:

He who withholds his rod hates his son, but he who loves him disciplines him diligently.

Children are often presented as being at the bottom of a hierarchy of human importance, where a father historically held the power of life and death over “his” household as God’s representative. In this authoritarian system, men wield power over women, adults over children, rich over poor, straight over gay and white over black.

The lesser party is expected to “know their place”. Children are not supposed to speak out against the things that are done to them but to always honour their parents.

Instead of being seen as more deserving of rights and protection by virtue of their vulnerability, children can be treated as less deserving of the full package of human rights, such as the right to bodily integrity.

Family scripts from a “Christian National Education” era during apartheid made physical punishment an integral part of child rearing. These ideas continue to shape the new dispensation. Alternatives that engage faith communities are urgently needed.

Many Christian leaders still draw on themes of punishment, retribution and redemptive violence in their everyday preaching. Some depict all people as disobedient children who deserve punishment by an angry parent god, and who require the threat of punishment to learn and grow.

These images inevitably shape intergenerational social patterns. Parents claim that they were smacked as children and turned out okay. But South Africa remains one of the most familial violent countries in the world and “reasonable chastisement” easily becomes a loophole for abuse.

Towards a child-friendly church

These can help churches engage with sacred texts as seen through the eyes of marginalised women, abused children and sexual minorities. Resources such as The Warehouse’s 2017 Children, Church and Law handbook offer some support to churches around child protection. But they may not yet go far enough in identifying and challenging damaging theologies that underpin and legitimate violence.

With increased awareness of the formative role of a child’s earliest years, what might a child-friendly church here look like? How can churches in South Africa take practical steps to be part of the solution, and not the problem?

It remains to be seen what public stance mainstream church bodies such as the South African Council of Churches and the South African Catholic Bishops Conference will take on the new ruling. They can’t afford to remain silent in the light of this vocal backlash by some but need to use the opportunity to actively educate their congregations against all violence against children. In this task, South Africa can turn to excellent resources already developed by the Church Network on Non-Violence.

These are publicly endorsed by Archbishop Emeritus Desmond Tutu who has said:

… millions of the world’s children still suffer from humiliating acts of violence and these violations of their rights as human beings can have serious lifelong effects. Violence begets violence and we shall reap a whirlwind. Children can be disciplined without violence that instils fear and misery.