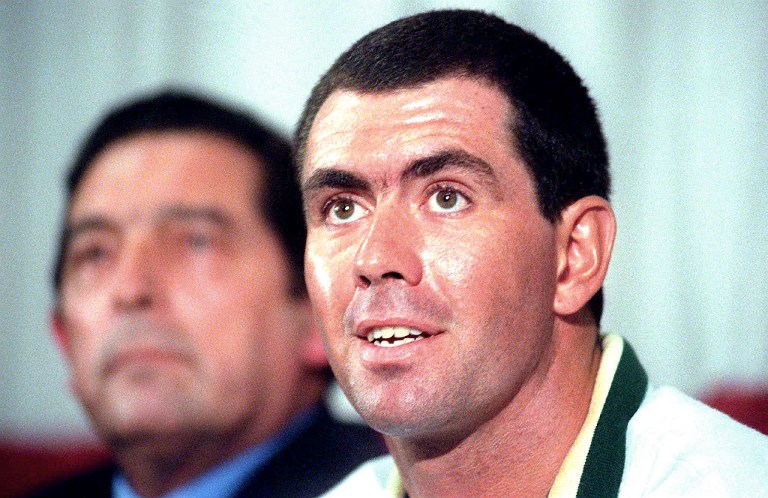 I hadn’t heard Hansie Cronje’s name for some time when it popped up on the radio in a story concerning the Indian police and a match-fixing charge sheet, some 13 years after he rocked the world of cricket.

That’s actually quite interesting in its own right, because Cronje remains one of the biggest names in South African sport, regardless of the fact that he is no longer with us.

Unfortunately, he’s a big name not because he was one of South Africa’s finest cricket captains, but because of his role in arguably the biggest and most damaging story the game has ever seen.

It’s also the reason why the mere mention of Cronje’s name evoked such vivid memories for me, and crystalised a time in my life that I will never forget, particularly as a young, impressionable sports journalist.

When the story broke around March of the year 2000, I was with the SABC as a junior sports reporter. I very quickly learned how little I actually knew, as my first big lesson followed when I was on my way out of the office on the day the news came through that the Indian police were to charge Cronje with match-fixing.

I wrote it off as potentially an early April Fool’s joke, a preposterous story, and certainly not something worth following up, as the mere idea that the Proteas captain could be involved in something as seedy as cricket match-fixing just seemed incredible and not in any way possible.

I was wrong, and I learnt to view the environment in which I worked with more than a healthy dose of scepticism.

Fast-forward a few months and there I was at the Centre for the Book in Cape Town, covering the King Commission of Inquiry into Cricket Match-Fixing for my new employer eTV. I can remember sitting, almost open-mouthed, as Cronje broke down in tears, saying things like, “I can’t help it. I just love money”.

Headline-grabbing utterances like that were almost a daily occurrence at the Centre for the Book that June, with Herschelle Gibbs sauntering in one day and casually explaining that he agreed to fix a match with Cronje, because his mother needed the money! The fact that Gibbs ‘forgot’ to throw his wicket in the game in question, just added to the melodrama and sense of disbelief.

Then you had Marlon Aronstam, the colourful bookmaker who also cried on the stand, having befriended Cronje and managed to coerce him into ensuring a result in a Test match against England, with just a leather jacket and R50,000. He called Cronje a hero and a champion, but his larger than life appearance and wild eyes made him just another fantastical element in the whole proceedings.

The same could be said of Hamid ‘Banjo’ Cassim, the Johannesburg sweetshop owner and ‘biltong man’ with dodgy connections – I mean, you just couldn’t make this stuff up!

Together with the cricketers involved - which included Nicky Boje, Henry Williams and Pieter Strydom - there were the lawyers on both sides. For me, the incredibly sharp Jeremy Gauntlett with the rapier wit stole the show, whilst John Dixon was memorable, just for how dour he was.

Also involved was the inexperienced-looking prosecutor Shamila Batohi and dear old judge Edwin King, who you just wanted to take home, make a cup of hot chocolate for, put in his dressing gown and slippers, and hand a pipe to! The legal jousting, on its own, was worth paying for a ticket to the daily proceedings.

It was just something I’ll never forget and something I couldn’t believe I was actually witnessing at the time.

If you’re looking for positives, what the whole Hansie Cronje saga resulted in was the International Cricket Council taking a tougher stance on match-fixing and implementing official controls of their own, even if those controls still play second fiddle to the match-fixers today.

More importantly for me, though, when I hear the name Hansie Cronje, I don’t think of the son of a prominent Bloemfontein cricket family, the man touted as a future national captain from an early age, the head boy of Grey College, the batsman who pioneered the ‘slog sweep’ in South Africa, the stand-in captain at the helm when the Proteas scored an unlikely Test win over Australia in Sydney in 1994, the country’s youngest-ever Test captain at the time, nor the Test batsman with the technical deficiencies who defied these deficiencies to score a great Test hundred against England at Trent Bridge in 1998.

I think of the man who sullied cricket’s name.