Feminism must include trans women 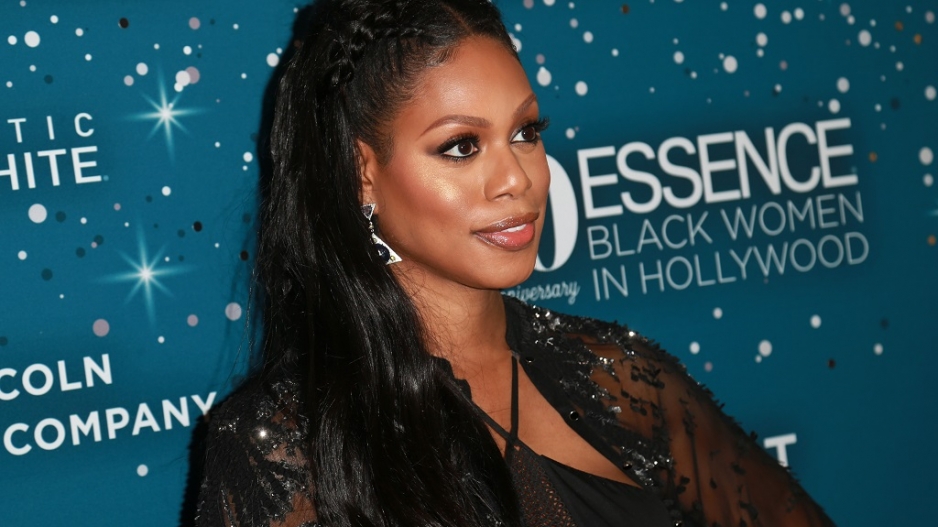 Laverne Cox, a star of TV series 'Orange is the New Black', on February 23, 2017 in Beverly Hills, California.

Today I would like to talk about intersectional feminism. I am aware of my privilege as a white woman when talking about these issues, but would like to share my views as an expression of solidarity for the various women I will mention in this piece. I hope that comes across.

Earlier this week, a story did the rounds on social media about a woman, Nicole Hallberg, who works at a recruitment agency in Philadelphia in the United States. A colleague, who performs the same job, is a man, Martin Schneider. They share the company’s email address, but they sign off with their own names when corresponding with applicants. Hallberg was often chastised for not being as fast or efficient as her male counterpart.

Then, one day, Schneider accidentally appended Hallberg’s signature to an email in which he sent some feedback to a job applicant, and he was astonished at the dismissive tone with which his requests were met. So he decided to conduct an experiment, and for three weeks they swapped signatures.

The outcome was unsurprising (although probably only to women). Applicants were disrespectful, rude and obstructive. Clients that would have taken him half the time to deal with as a man dragged and were complicated when he was a woman. He was astonished to learn that this is what Hallberg put up with every day. He took the evidence to his boss, who didn’t buy it.

I also saw male friends of friends not buying it when the story was posted on Facebook. “This isn’t a representative sample,” said one. “I just don’t believe it,” said another, while women were telling him it was true.

“This,” was the resounding conclusion, “is why we need feminism.”

And you know what? For all the pushback we received from relatively decent guys on the veracity of this story, this was easy feminism. It was “equality in the workplace” feminism. It tackled the subtle differences between how white men and women are perceived and treated that result in women being held back in thousands of small ways every day. Fighting this is feminism in its comfort zone (and when I say that, I am not saying it’s easy or unimportant — just that it is, at least, straightforward and well resourced).

Another story hit the headlines this week. It was that Nigerian novelist and feminist Chimamanda Ngozi Adichie, who is an LBTGQI activist in Nigeria (and the world), had expressed in an interview that trans women are different from women.

“It’s about the way the world treats us,” she said. “And I think that if you’ve lived in the world as a man with the privileges that the world accords to men and then sort of change gender, it’s difficult for me to accept that then we can equate your experience with the experience of a woman who has lived from the beginning as a woman who has not been accorded those privileges that men are.”

And later: “I don’t think it’s a good thing to talk about women’s issues being exactly the same as the issues of trans women because I don’t think that’s true.”

Now, if you want to put a fine point on it, trans women’s issues certainly aren’t exactly the same as the issues of other women. Stay with me, though… I would also like to point out that Hallberg’s issues (she of the switched email signature fame) are radically different to those of Malala Yousafzai’s issues. Hallberg was disrespected in the workplace. Yousafzai was shot in the face for daring to seek an education.

Let’s consider other women’s issues that feminism is willing to get behind — although in many cases we feminists don’t do or say nearly enough:

Pascalina Motshidisi Melamu, a 20-year-old lesbian from Everton in the Vaal region, was stripped, raped and murdered last year for her sexual orientation. I can say with absolute certainty that her experience of being a woman was worlds apart from mine.

Anene Booysen, a 17-year-old girl from Bredasdorp in the Western Cape, was raped, beaten and disembowelled while walking home alone from a pub at night, and eventually succumbed to her injuries. Her treatment by men who felt entitled to violently possess and damage her body is very different from other women’s experiences of being expected to serve drinks to the men of their families. Yet these are both feminist issues.

Last one … 13-year-old Ilham Mahdi al Assi died last year in Yemen’s Hajja province, from internal injuries four days after an arranged marriage to a man twice her age. This “marriage” was known as a “swap marriage”, in which the brother of the bride marries the sister of the groom so that everyone can avoid paying expensive bride-prices. Convenient for everyone, except the dead girl. And this story couldn’t be further from the wedding of a friend in her thirties that I will be attending in Cape Town next week, but we’ll have the feminist discussion about whether or not she’ll be taking her husband’s surname.

All of these are feminist issues because they are attacks on women or injustices towards women or examples of societal biases that favour men. And yet, there is a school of thought within feminism that says we must somehow exclude trans women from our campaigning and our advocacy because they are something other than what we are.

Should we not, then, express our outrage and campaign against the treatment of Dandara dos Santos, a 42-year-old trans woman who was beaten, tortured and then shot to death for being trans, in Fortaleza, the capital of Brazil’s Ceara state? Or should we still hate the crime, but split hairs about whether or not Dos Santos was a “real” woman — or at what point in her alignment she was able to claim to be one of us and worthy of our full support?

To be fair, I am not saying that Adichie was dismissing the suffering or even the challenges faced by those women who are trans. But she, like so many others, expresses her othering of trans women by erasing their experience of womanhood and by offering them an “almost, but not quite” badge.

Adichie has subsequently written a long Facebook post to clarify her position – a clarification that has been accepted by some and not by others. I do however feel that her conclusion that “To acknowledge different experiences is to start to move towards more fluid – and therefore more honest and true to the real world – conceptions of gender” is still determined to separate trans women from other women, rather than embracing all of us in our manifold differences.

If it is possible to group together all other types of women, from a Yemeni child bride to comfortable white me, as having a common experience of womanhood, then surely we can open the circle just a little more to include a segment of humanity that faces challenges that, while they might be different from ours, are no more so than the other differences that span the cultures, ages, races, families and countries that all women occupy? We can do better. We must.