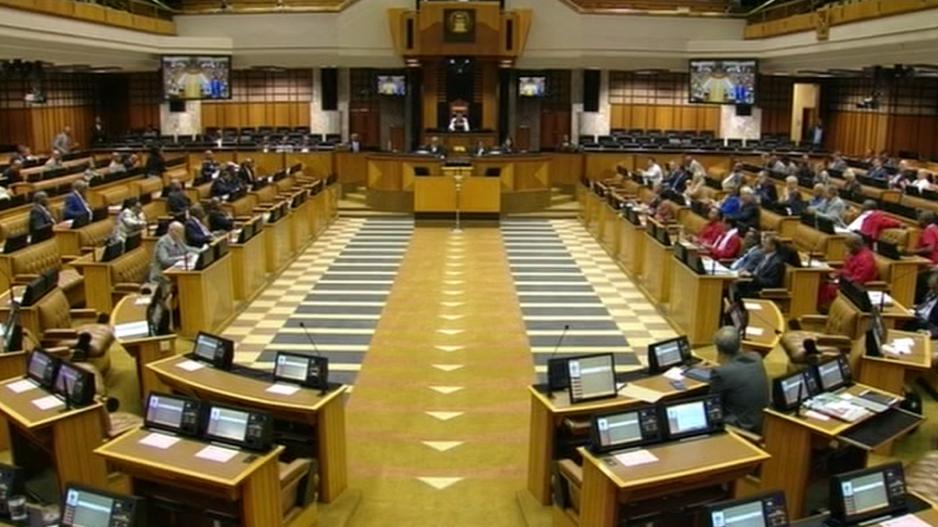 There are several battlegrounds in the current life-and-death standoff between the Gupta family and their political proxies on one side, and a growing number of opponents on the other.

On Wednesday the fight moved to Parliament where members of the standing committee on finance lashed out at Mzwanele Manyi, president of the Progressive Professional Forum, for lobbying President Jacob Zuma not to sign the bill passed by Parliament in May last year.

The air was thick with desperation and thinly-veiled anger when the presidents of the Progressive Professional Forum (PPF) and the Black Business Council, Mzwanele Manyi and Danisa Baloyi, made submissions at a public hearing on the Financial Intelligence Centre Amendment Bill to Parliament’s portfolio committee on finance on Wednesday.

It was the pro-Gupta Manyi, who at the weekend suggested that South Africa should “scrap” the Constitution in favour of majoritarianism, who lobbied President Jacob Zuma not to sign the bill. The bill is aimed at combatting corruption, money laundering and the financing of terrorism and brings South Africa in line with international standards set by the Financial Action Task Force.

President Zuma was due to sign the amendment by June but delayed after being lobbied by Manyi, prompting legal proceedings by the Council for the Advancement of the South African Constitution (CASAC) in November last year, forcing Zuma to comply with his constitutional obligations. Zuma in turn sent the bill back to Parliament, expressing concern with the constitutionality of a section relating to warrantless searches.

On Wednesday the fight was taken to Parliament where legal opinions by Treasury, CASAC, the Banking Association of South Africa as well as the Speaker of the National Assembly all concurred that the bill, in its current form, met constitutional requirements.

Meanwhile, on another battlefront, compromised head of the Hawks, Lieutenant-General Mthandazo Ntlemeza, wrote to the Gupta family’s legal team on 18 January, informing them that his office currently had “no evidence that implicates your clients”.

Last year Ntlemeza refused to investigate allegations that SARS second-in-command, Jonas Makwakwa, had made “suspicious” cash deposits into his private bank account as well as that of his lover, Kelly-Ann Elskie. Ntlemeza suggested that possible criminality was a SARS “internal matter”. The Makwakwa scandal is currently being investigated, at the request of Commissioner Tom Moyane, by the private legal firm Hogan Lovells – paid for by taxpayers of course.

On Wednesday a Business Day story headed “No case, Hawks Tell Guptas” claimed that Ntlemeza had written to the family’s lawyer, Gert van der Merwe, to inform him that the family were not under investigation.

Asked to clarify matters, Hawks spokesperson, Brigadier Hlangwani Mulaudzi, on Wednesday told Daily Maverick, “That is their narrative. Investigations are proceeding, however there is no evidence linking them.”

There we have it.

Mulaudzi was referring to the 72 suspicious transaction reports relating to Gupta-owned bank accounts and picked up by the Financial Intelligence Centre. The transactions were later revealed in an explosive affidavit by Minister of Finance, Pravin Gordhan, in his application in December 2016 seeking to affirm his decision not to intervene after several banks closed Gupta-owned company accounts.

Gordhan has had some room to breathe since he managed to shake Ntlemeza off his back when NPA head, Shaun Abrahams, dropped fraud charges in October last year.

Announcing the dropping of the charges Abrahams revealed that Ntlemeza had been instrumental in pushing for these to be pressed and accused Abrahams of withdrawing them because of public pressure.

“Rather, it seems to us that you make (sic) this decision based on the noise made by politicians‚ civil society lobby groups‚ and the media sympathetic to the accused. These groups have falsely accused the Hawks and the NPA in the public domain of pursuing the case against the accused persons for political purposes on instructions from the political masters, which is utter nonsense‚” Ntlemeza, clearly overstepping his mandate, wrote to Abrahams.

On Wednesday Manyi dramatically charged that the bill would “plunge” the country into a crisis while Baloyi suggested that the legislation gave authority to the banks to do as they pleased and suggested that the only thing preventing “radical economic transformation” in South Africa was the banks.

It should have come as no surprise then on Wednesday when the security cluster of government agencies, who are part of Zuma’s praetorian guard, also submitted that the Financial Intelligence Act Amendment bill was unconstitutional. The submission went beyond the reservation with regard to the warantless searches subsection and argued that the Constitution assigned the role of crime fighting to the SAPS and that the bill would allow a “parallel system of investigation”.

Baloyi said the bill was a “dangerous piece of legislation” that would have an adverse effect on the rule of law. She objected in particular to the increased scrutiny politically exposed persons (PEPS) would face due to the legislation.

“Before you know it you will all be PEPS,” she warned MPS.

But Manyi and Baloyi both faced tongue lashings from ruling party and opposition party MPS, who said Manyi had circumvented and disrespected Parliament in approaching President Zuma directly.

The ANC’s Dr Makhosi Khoza, who played a starring role in Parliament’s ad hoc committee investigating the SABC, asked Manyi where he had been when the bill had made its way through Parliament, a lengthy process involving public comment and debate.

“Why did you not speak up earlier? Why did you go directly to the president? You compromised the president by doing so. Let us not be guilty of sharing collective stupidity,” she lashed out, adding, “Corruption is undermining the developmental agenda in South Africa.”

Portfolio Committee chair Yunus Carrim said whatever the committee decided “someone is going to go to the Constitutional Court”.

Wednesday’s hearing highlighted where the destructive factional battle in the ruling party is going to play out this year. Little wonder then that Manyi is keen to suspend the Constitution.

MPs in the ruling party seem to have located their backbones, and Parliament is set to become another public arena, along with the courts, where the country’s democracy will be defended from the corrosive onslaught of State Capture.