How the Maite Have Fallen: What happened to informed, worldwise foreign ministers? 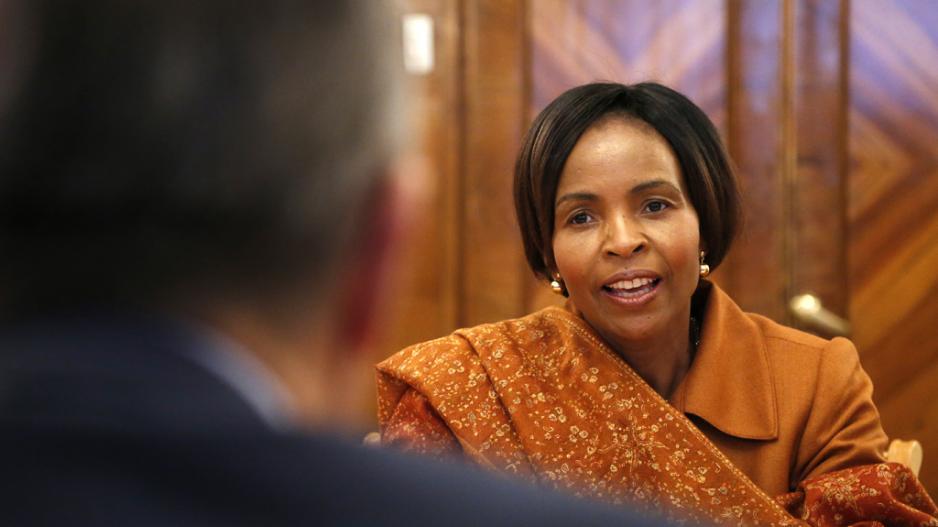 There was a time, not so long ago, when pretty much any country worth its salt made its most competent (or devious) official its foreign minister. Regardless of whether or not you agree with their policies, think about the lasting impact of such long-serving 19th century foreign secretaries and ministers as Lord Castlereagh, Prince Metternich, Charles Maurice de Talleyrand-Perigord, and Otto von Bismarck. Figures like these served for decades as they created a vast body of writing, diplomatic instructions and diplomatic practice that helped establish – or preserve – Europe’s so-called “Long Peace” that lasted between 1815 and 1914.

Or, consider the impact of someone like America’s Henry Kissinger or Anastas Mikoyan during the glory years of the USSR’s international position. While his larger diplomatic legacy can be more seriously interrogated due to its devastating impact on Southeast Asia, nevertheless, Kissinger’s view that, in the long term, the US and China would need to achieve a rapprochement has become a key feature of American foreign affairs for 40 years, even as there are now increasing stresses and strains between the two powers. (Imagine, instead, the resulting tensions without the current diversified relationship via trade, investment, and vast numbers of intellectual and cultural exchanges – as well as all those wide-ranging military and diplomatic consultations.) Not surprisingly, Kissinger was a thorough academic scholar on 19th century European diplomacy and drew lessons from the post-1815 settlement in his PhD and the resulting and unlikely best-seller, A World Restored.

As a general rule, nations have traditionally appointed some of their most talented, experienced civil servants (with the right political sensibilities as well as connections to the nation’s leadership) to their respective posts. This comes from a recognition that foreign relations run the full gamut of a nation’s engagement with every nation beyond a country’s borders – and that those questions reach deep into their own country and its politics, economics and society as well. That is why such posts are almost always seen as the “primus inter pares” in a cabinet.

Of course, the argument can be made that the age of such diplomatic figures was back in the days when there was no instantaneous communication, and when a country’s ambassadors and its other representatives often had to wing it on their own, interpreting outdated instructions from head office as best they could, until still newer instructions might finally catch up to them. The top diplomat had to set out a broad framework for the government as well as the guiding detail for his emissaries – and, in some cases, dispatch insider letters to his foreign counterparts to help keep the peace and advance their home country’s interests as they defined them.

Nowadays, however, a foreign minister is more likely to be seen on the international stage, manoeuvring through the thickets of international conferences and summits, and delivering speeches designed to ramp up support for an administration’s foreign policy before key interest groups (or placating yet other ones). And, perhaps most important of all, they will be engaging their own nation’s citizens as well as others’ through the mass media – most especially, perhaps, via international television news. This may take place on local or foreign news discussion programmes, at press conferences, or one-on-one interviews that live on in cyberspace. Agree with them or not, officials like US Secretary of State John Kerry and Russian Foreign Minister Sergei Lavrov, or even, say, Iranian Foreign Minister Mohammad Javad Zarif all seem to be especially cognisant of such demands on their stamina and their attention.

As a result, a foreign minister must be able to convey the core of a nation’s world view and its foreign policy motivations – as well as the broader social, economic and political mechanisms of their own nation in an effort to educate, inform or correct views and interpretations. And, sometimes, too, they must try to smooth over the awkward bits with the kind of language that confounds critics – or at least stops them in their tracks for a while. Picture for a moment how Pik Botha managed for years to carry out the trick of pouring a warm, fuzzy glaze over an untenable, indefensible set of domestic and international policies in his appearances abroad. He often sounded close to reasonable, even when defending the indefensible.

When a nation has, as South Africa did during both Nelson Mandela and Thabo Mbeki’s presidencies, a national leader who effectively was his own foreign minister, whether one believed the policies were appropriate or wrong headed, it mattered less whether the foreign minister had something on the ball or was effectively just time-serving in a sinecure appointment. (Mandela’s core foreign policy goals were to lead a “highly principled” foreign engagement and to build upon the support the anti-apartheid struggle had generated around the world to rebuild the nation’s fortunes. Building on this foundation, but moving further, Mbeki strove to drive a deeper engagement with and leadership of the continent, as well as to punch well beyond the nation’s real “weight” at the international level – on behalf of the continent’s interests vis--vis the traditional powers.)

In such circumstances, the main tasks of a foreign minister become making sure diplomats receive clear instructions from head office; that those instructions are received on time; they are carried out (and that accurate reporting back home takes place), and that the budgetary and administrative aspects of a department are well managed. With a globally visible national leader setting the pace internationally, all of those essentially managerial tasks usually fall to someone like the long-serving Ayanda Ntsaluba as director general.

But now, fast forward to where we sit these days. The incoherence in South Africa’s foreign engagements as described publicly by the statements of the president and Cabinet, aside from a slavish adherence to what the bigger boys of BRICS say, and a reluctance, even now, of ruffling the feathers of that (putatively immortal) nonagenarian up north mean South Africa’s international voice comes across in a way that is confusing in the best of circumstances. And beyond that, there is the difficulty where the Department of International Relations and Co-operation’s policy outlines seem significantly out of phase with statements from the governing party’s foreign policy manifestos. (See this author’s earlier explorations of this here, here and here.

This becomes ever more important in the world’s current circumstances. As Suzanne Nossel has just written on 6 July for Foreign Policy, “As analysts and scholars compose their first drafts of the history of the Obama administration’s foreign policy, a chapter will surely address what were once dubbed ‘rising powers,’ a group that included Brazil, Russia, India, China, South Africa, and others. But the optimism of 2008 – when the so-called ‘BRICS’ were ascendant, ready to reshape global economics and politics – has turned to doubt. The impeachment trial of Brazilian President Dilma Rousseff and a Russian doping scandal that only a Soviet could be proud of are just the latest unmistakeable signs that a surge of newly powerful nations collectively remaking the world stage is hardly a sure thing. A few years ago, a mortal rupture in Europe would have invited crowing over ‘the demise of the West and the rise of the Rest.’ Now, the picture is more complicated: Europe is in disarray, as are several of the might-have-been beneficiaries of the continent’s turmoil.”

But the current officials seem to have trouble even articulating their policies and the rationales behind them – let alone how they fit with national sentiment and circumstances. A few weeks back, incumbent DIRCO minister Maite Nkoane-Mashabane’s reputation was wounded during an interview on the Al Jazeera television news network. In that interview, her comments wandered off to extended remarks over childhood slights and duties to fetch water for the family – the now-infamous “hole in her head” discussion. This came in place of setting out the country’s goals in the international arena, let alone successfully contextualising the economic chaos after the abrupt firing of Finance Minister Nene. The resulting interview was almost immediately dubbed a “spectacular mess” in the press and on social media; even leading to some speculation that she was the victim of intense jet lag – or worse.

Trying her hand again, a few weeks later, at her reportback on the state of the country’s foreign relations, when asked by a reporter about possible impacts on South Africa’s trade and FDI prospects as a result of the British decision that the UK would leave the EU (an almost guaranteed question, given the coverage of that event), she swung and whiffed on this one as well. In her response, she gave what was effectively a verbal shrug – saying she simply didn’t know anything about it save from what she had seen on TV.

This came even as South Africa has rightly insisted its economic diplomacy efforts to foster greater trade and investment must be strengthened dramatically. The enormous agonies attendant to sorting out import barriers to American meat products that nearly sank South Africa’s tariff-free access to America’s vast market under AGOA seems further evidence of how, still, the country’s international trade officials continue to downplay the importance of some of its key trade partners – such as America and the rest of Africa – places where South Africa still runs a trade surplus.

And most recently of all, the country voted against a UN resolution on freedom of expression on the internet (claiming the resolution allowed for hate speech), together with bastions of free speech such as Russia, China, Venezuela and North Korea. Moreover, it had also abstained from a key vote at the UN Human Rights Council to appoint an independent expert on protection against violence and discrimination based on sexual orientation and gender identity, even though this would be consistent with the country’s own court rulings, legislation and its Constitution. On radio, the country’s ambassador to the UN in Geneva claimed a yes vote would have gone roughly against the views of other African nations, thereby making a yes vote appear to be an effort to use strong-arm pressure on the rest of Africa to change its laws and practices, rather than leading them into the light on this. Or something.

The country’s incumbent president now has a whole raft of other issues front and centre on his mind and on his plate now, of course. But even if he were not otherwise engaged, his natural inclinations have largely run to the pomp and ceremony of official visits rather than substance in foreign affairs. In such a vacuum, too many officials seem to think freewheeling through foreign affairs is perfectly acceptable. With a strong foreign minister in place who could carefully and thoughtfully articulate the country’s goals and aspirations to international audiences and officials alike, it might not matter so much that the president is otherwise busy with more personal concerns.

But, given the ensuing confusion, the standing of South Africa on the international stage continues to shrivel, and its officials’ public statements sometimes generate incredulity with important audiences. South Africans must begin to ask whether their real interests in the world are being effectively served by their officials and representatives, rather than the “blooming, buzzing confusion” now coming from the nation’s officials and governing party manifestos.