How to travel with children into and out of SA 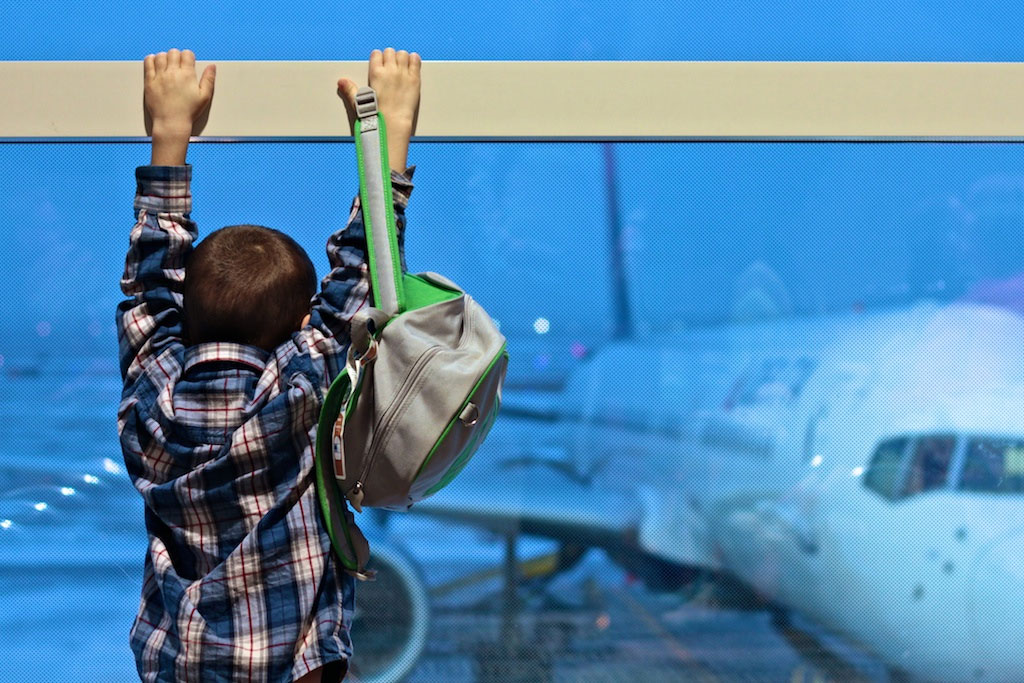 An excited child looks at an aeroplane shortly before boarding.