How young activists are keeping Mandela's legacy alive across Africa 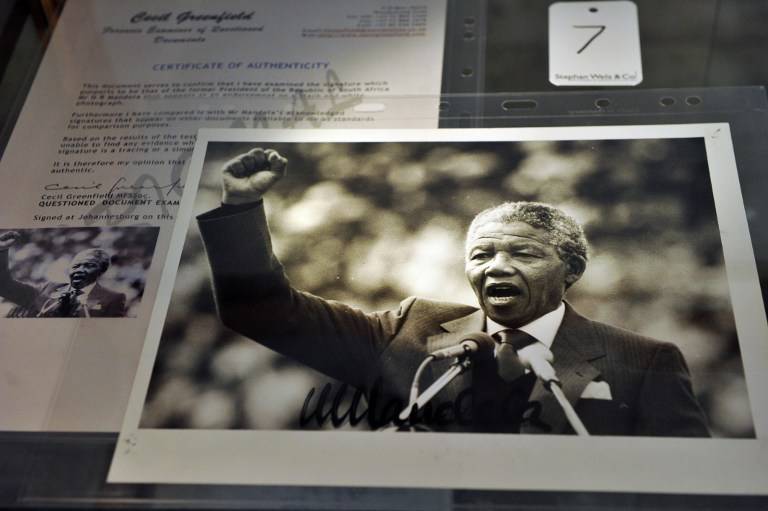 On this day 22 years ago the Countrys first black president, Nelson Mandela was inaugurated.

Last month, at a conference on African Inequalities co-organised by our school and the London School of Economics, the first audience question came from a young woman. Why, she asked, was the graduate school relaunching as the Nelson Mandela School of Public Governance when Mandela’s legacy of appeasement entrenched much of apartheid’s economic structures?

Her question, despite its narrow context, echoes the broader concerns of many students and young people struggling to reconcile the present need for meaningful transformation with Mandela’s first steps towards its possibility.

This demand for a more critical view of his legacy troubles some who are intent on preserving the Madiba mythology or those who are focused only on his remarkable personal and moral qualities. Young people are too radical, too eager to break instead of consolidate, the arguments go.

But I believe there’s a healthy debate to be had about his legacy. And only by looking back at it through fresh eyes will it be possible to extract what’s valuable. And for young people to build on the best of what he achieved.

Mandela’s greatest legacy is much broader than the merits – or otherwise – of his policy decisions which were constrained by the circumstances of his times. His central legacy was the example he set of bold, self-sacrificing yet ethical and accountable leadership. Mandela’s leadership is a beacon for our times, all over Africa.

Increasingly, young people across the continent are taking up Mandela’s challenge. Some are already leading powerful civic and political organisations and campaigns. For example, Sampson Itodo has successfully spearheaded a campaign to benefit young Nigerians seeking political office. He is one among many innovative and effective young Africans.

Youth activism is critical in this challenging era when Africa is both the youngest continent and the poorest.

Itodo is executive director of YIAGA, an advocacy group that promotes young people getting involved in governance. He also convened the Not Too Young To Run movement, which spent years petitioning the Nigerian government to change constitutional constraints on the age limits of those running for office.

I first met Sampson in 2016 when he was a participant in our school’s Emerging African Leaders Programme – one of many offered for emerging African leaders from mid-career civil servants to high level experts. Known as the Graduate School of Development Policy and Practice, our work has always been inspired by the urgent call Mandela made at the University of Cape Town in 1990 to [transform] centres of learning into institutions that have relevance to the future of the country and the continent.

Sampson was one of 30 participants on the programme that year, drawn from ten African countries. Among them was a Ugandan transitional justice coordinator, a South African human rights lawyer, a Kenyan food security activist and a Zimbabwean public health programme director focusing on eliminating malaria. Despite their geographical and occupational differences, they were all passionate about creating and sustaining meaningful change – in their countries and across the continent.

Investing in young leaders creates the kind of legacy I believe Mandela himself would have been delighted by: a living memorial, carried out by young, politically-engaged people pushing the imagination of what our continent can and should look like.

Mandela knew that actions spoke louder than words. This is evident from the fact that he was remarkably disinterested in preserving the heroic cult built around him. He left explicit instructions, routinely ignored, that he should not be treated as a demi god and that no statues or monolithic structures should be erected in his memory.

On May 31 this year, Sampson’s bill was passed overwhelmingly in the Nigerian Senate and House of Representatives. President Muhammadu Buhari signed it into law. Any Nigerian from the age of 35 years can now run for President, and from 25 years for the House or State Assembly.

Although he drove the process, Sampson did not achieve this remarkable feat alone. He did it through two years of concerted, strategic mobilisation of young people who cared about representation and wanted a voice in a political system they felt had failed them.

For Sampson, as for so many young people on the continent, Mandela’s legacy of belief in the power of youth action is alive and well.