In greying east Germany, a community for sale 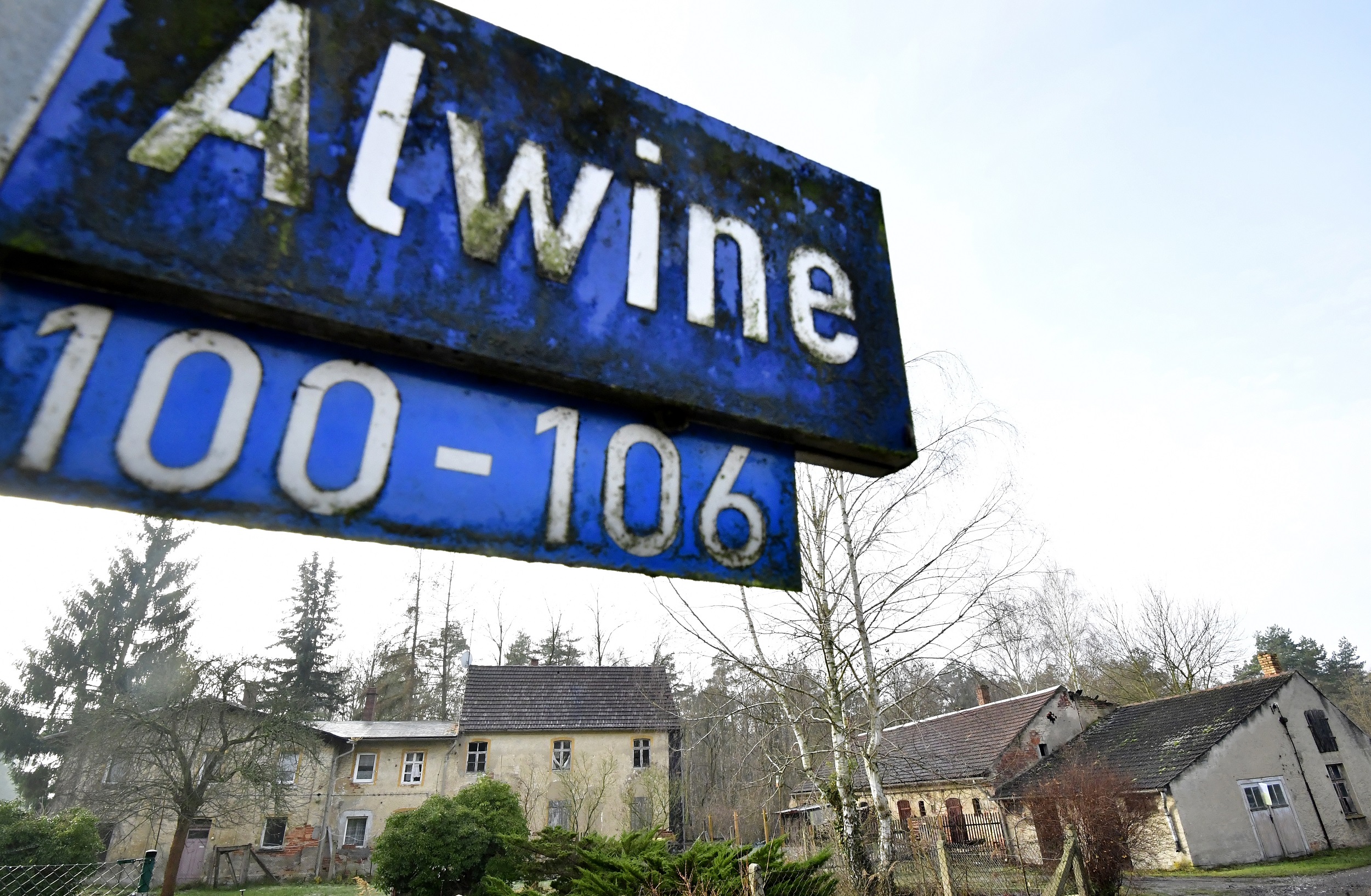 Alwine's dozen buildings, plus sheds and garages, are to go under the hammer at an auction in Berlin.

One recent morning Paul Urbanek found a strange sign by the entrance to Alwine, a small and remote community of run-down houses in ex-communist eastern Germany.

The entire place was up for sale.

On Saturday, its dozen buildings, plus sheds and garages, are to go under the hammer at an auction in Berlin, with a starting price of 125,000 euros.

Whoever buys Alwine will get a small slice of German history -- a place whose empty homes and ageing residents mirror the wider fate of the east German hinterlands since the country&39;s reunification 27 years ago.

Only about 20 mostly retired people still live in the cluster of decaying homes in rural Brandenburg state, 120 kilometres south of Berlin.

"We have been chucked into cold water!" Urbanek told AFP, standing in front of his dilapidated house, a common sight in a region where villages are shrinking as young people move away.

During World War II, the Hitler Youth trained around Alwine and prisoners of war were incarcerated nearby. Then the Iron Curtain went up and it became part of Germany&39;s communist East.

Until Germany&39;s 1990 reunification, all the property in Alwine, which once counted about 50 residents, was owned by a nearby coal briquette plant, the oldest in Europe.

Several local residents had worked there since the 1960s, said Andreas Claus, the mayor of Uebigau-Wahrenbrueck of which Alwine is a part.

The plant closed in 1991 and many people left.

"Most of the departures were, of course, younger people -- the daughters and sons of this place" who moved to West Germany, said Peter Kroll, the district representative, who has lived nearby since 1945.

None have come back, he said.

"People had no other prospects here, especially if they were older," added Claus.

Alwine is not the only such community in eastern Germany, which still lags behind the west in prosperity, wages and jobs, with a per capita GDP that was only 67 percent of that in western states in 2015.

"After reunification, many people moved away for jobs," said Hildegard Schroeteler-von Brandt, a professor of architecture and urban studies at Siegen University.

"These jobs have not been replaced everywhere in East Germany."

- Sold for one Deutschmark -

In 2000, the hamlet was sold to private investors for one "symbolic Deutschmark," the pre-euro national currency, Kroll said.

The two brothers who are the current owners did not manage to stop its slide into neglect.

Urbanek, who moved there after a divorce in 2010, said he likes Alwine because it&39;s quiet.

But now the roof of his house needs to be replaced, he said, and the electrician doesn&39;t come by anymore.

Except for one family, all of Alwine&39;s inhabitants are elderly.

"I&39;m retired, my neighbour is retired ... The others are also both retired," Urbanek noted, pointing across the way.

Given the region&39;s exodus of younger people, "the ageing process in eastern Germany is progressing much faster than in western Germany," according to the government report.

Mayor Claus, who only learned of the sale in the tabloid-style Bild daily, said his town would not seek to buy it.

And Urbanek said it was unlikely that anyone living there would be able to raise the necessary 125,000 euros to do so.

During the elections in September, nearly 23 percent of Uebigau-Wahrenbrueck voted for the far-right Alternative for Germany (AfD) party, nearly twice the national average.

Now the fate of Alwine rests on the result of the auction.

"Many people are interested," Matthias Knake of the Karhausen auction house told AFP, saying it was the first time they were selling "an entire village".

And Claus said he would invite the new owner to the town hall "to see how we can try to develop something here, in collaboration with the people, and not against them."

"The concern is that nothing will happen," he said.