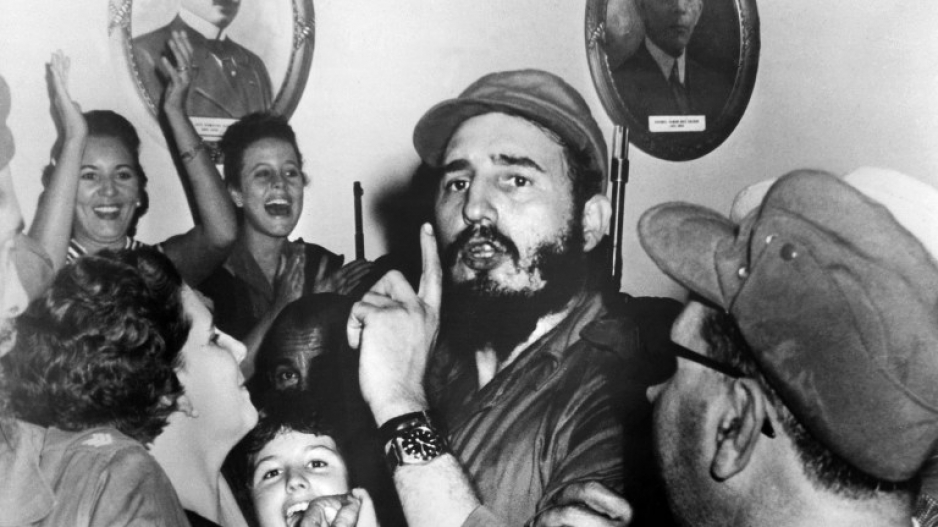 In this post-millennial age of renewed revolution, one of the quintessential symbols of the revolutionary from the previous century has died. Fidel Castro has lived a long and eventful life, against all odds, and both in defiance of history’s thrust, and at the vanguard of the push against that tide. His death marks, for many of us, the end of an era.

Fidel Castro, as a political figure, was in his life, and still remains in his death, a litmus test of sorts, as it was for much of the second half of the twentieth century. People's responses to his life then, and his death now, reveal much about their relationship to the United States of America's official distortion of the story of the world in the last Cold War.

There are reports of celebration in Miami, among Cuban exiles and their descendants; their grief over the loss they and their families suffered as a consequence of the Cuban Revolution colouring their responses. The reactions of many who grew up in or lived as beneficiaries of apartheid South Africa, and among some who are the descendants of such people, are inflected by ideas which reflect the extent to which they have been interpellated into the distortion of white supremacist Christian nationalism. For many among the rest of us, the story of Fidel Castro is a lot more complicated, not one of simple heroism or political evil.

Of Fidel the man, most of us knew little. Clichs of his penchant for cigars, and legends of his charm abound. Of Fidel the politician, stories of the standard mixture of 'good' and 'bad', of progress and mistake, can be rehearsed. His record on homosexuality is raised as an example of spectacular failure; among others, Reinaldo Arenas wrote eloquently of the Castro government’s violations. But against that supporters cite literacy and health statistics, and the medical successes of the embattled island nation. But noting the passing of an influential figure in history need be neither hagiographic, nor a portrait of uncomplicated villainy.

Of Fidel Castro the symbol, the man who led a revolution to overthrow the exploitative, wealthy elites who dominated a tiny Caribbean island to the benefit of the emerging global superpower across the narrow strait of sea water to the north the United States, much has been said. He and his comrades defied their powerful, nuclear armed neighbour, who harboured those elites who fled Cuba, among whom were people who actively plotted and acted over those five decades to assassinate Castro and overthrow the regime. Across the period of ten US presidencies, there were over 600 US government backed attempts on Castro’s life. On these matters, few can comment without revealing their investment.

Castro was the age if my parents' slightly older siblings. He was the bearded revolutionary who headed the government which defied the most powerful economic and military power ever to exist on the planet successfully for the better part of 50 years. He was an intelligent critic of the new imperialism which was substituted for the dying old colonialisms. Post-revolutionary Cuba, after all, was the thorn in the foot of the post-war American empire, who militaristic foreign policy was inspired by the nineteenth-century Monroe doctrine. The little island nation’s defiance of the super-power’s decades-long economic blockade and political isolation inspired many independence and anti-colonial struggles across the Third World at the height of the Cold War.

Those of us who were not beneficiaries of apartheid's white supremacist project would do well to remember his intervention against South Africa's expansionist and destabilising project in Angola. When the Western powers allowed the South African regime to destabilise the subcontinent by way of their stand-off against the now defunct Soviet Union, Cuban soldiers assisted the army of post-independence Angola to resist the South African Defence Force’s assistance to Jonas Savimbi.

READ: Cuba's Fidel Castro in his own words

Cuba under Fidel's government was no paradise, but then, neither was any of the states which villified him and his comrades. Still, in addition to presenting an admittedly flawed model of defiance, it offered refuge to those who had been declared state enemies in the West and its satellites and proxies, of which apartheid South Africa was certainly one of the most significant for a long time. The South African novelist Alex la Guma and his family were not considered human enough by South Africa's illegal white minority government: they found refuge in Havana. Assata Shakur was considered a threat to the entire edifice of Western imperialism; she still finds refuge in Cuba.

Castro is among the last of those twentieth century figures whose demonisation by and in the capitalist West was yet another reason for many of us to re-examine him and his record, for its successes and its undeniable failures. Because those who told his as a story of uncomplicated villainy and evil also distorted us as non-human subjects in their white supremacist, colonial gaze, and masked their crimes as defences of Christian virtue and value, and resistance against Communist terror, we were spurred to actually learn about the material conditions of pre-revolutionary Cuba and its elites, and of the time which followed their overthrow. Noam Chomsky’s work on the United States’s relationship to the rest of the world was and continues to be highly informative for understanding some of the meanings of Fidel Castro, then, in his life, and now, in his death.

Revolutionary icon and leader Fidel Castro has died aged 90..
He was one of the best supporters of the Palestinian people. .
Rest in peace pic.twitter.com/UwvMPh2NVu

There shall perhaps never be an uncontested understanding of Fidel Castro and his story, neither in Cuba, nor for Cubans. For many of us in the rest of the world, distance both clouds and clarifies the view. But for some of us, he represented for a long time past, and shall do so for a long time yet, hope, and a reminder that resistance against overwhelming odds, and against over-armed bullies, is not futile. And for the value of Cuba's work in the education and provision of doctors, many around the world are grateful. That this was achieved in the circumstances of the most sustained economic isolation by the West makes it all the more remarkable.

The death of an old man is not a tragedy, Robert Altman told us in advance of his own death. Fidel Castro's passing will be mourned by those of us who see in his death the passing of an age, an age we lived through and survived, against the odds, as he did.