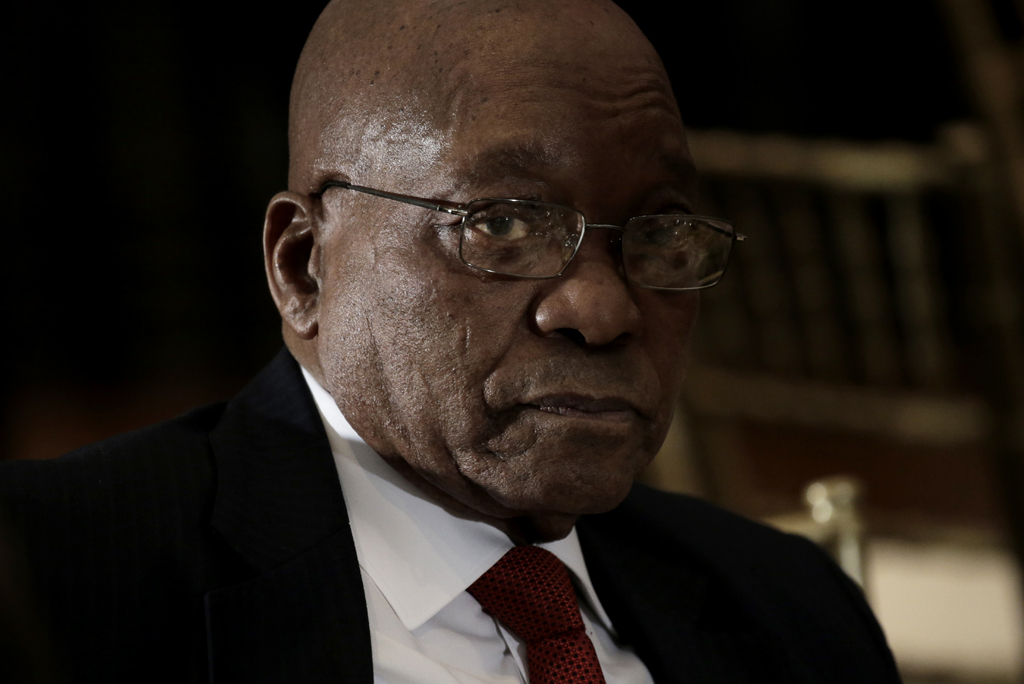 Paradoxically, President Jacob Zuma’s greatest achievement may yet prove to be his extraordinary feat of uniting and mobilizing society against the ANC and the government he himself leads.

We have just witnessed a conglomeration of otherwise disparate (sometimes conflicting) groups taking to the streets, rallying against the president and the ANC. Zuma and the ANC were mentioned in the same breath as nefarious activities such as corruption and ‘state capture’.

Prominent in the protests were the usual critics, Zuma’s nemesis Julius Malema, the DA’s Mmusi Maimane and other opposition leaders. But there were also senior ANC members and veterans, including the party’s Gauteng chairperson Paul Mashatile.

Also present were civil society groups such as Section 27 and the Council for the Advancement of the SA Constitution. Business, usually too craven to directly challenge government, was represented by respected leaders like Business Leadership SA president Jabu Mabuza and Standard Bank’s Sim Tshabalala, among others.

Opposition to the president (and by extension to the ANC) has built up a head of steam for a while. Whether over the Waterkloof scandal (when Zuma’s friends landed a wedding party plane at the military installation), or the Constitutional Court’s finding that he had breached his oath of office over the Public Protector’s findings regarding the Nkandla matter.

While Zuma and his party in government are now cast as the public villains, this has not historically been the case.

Think back to the build up to the fall of apartheid. Before 1994 the ‘bad guys’ of the South African narrative were the National Party (NP) government with its universally condemned apartheid policies.

The ANC, although banned, enjoyed widespread popular support manifested in structures such as the United Democratic Front and the Congress of SA Trade Unions – cutting across race and class boundaries. Its leaders were feted by a global community which had declared apartheid a crime against humanity.

In the battle between freedom and dictatorship, between right and wrong, the ANC alliance was clearly on the side of good, while the NP government was undeniably on the opposite side.

READ: The State of Capture Report

So, as the clich goes, how did we get here?

One reason is that, as the party itself has acknowledged after its recent electoral humiliation, it got to be perceived as arrogant and insensitive to the views of all but those of its inner circle and beneficiaries. Who can forget then President Thabo Mbeki’s very public slap down of Archbishop Desmond Tutu when the latter decried the diminishing democratic space in the ANC?

The other reason was the belief that it could, as former Cosatu leader Jay Naidoo put it, “treat citizens like fools”. In this Orwellian world, a swimming pool at Nkandla would pass for a fire pool, and the Public Protector’s findings would amount to mere recommendations, not an enforceable corrective remedy. But, thanks to the courts, such spin has repeatedly shown itself to have, like lies, short legs indeed.

Coupled with this spin, elements in the party increasingly used slander to silence dissent. The public protector was called a security ignoramus and a CIA spy, among other things. Those criticizing the state for its self-evident failures were advancing a “regime change” agenda (never clearly explained) or the interests of “white monopoly capital” (however defined). If they were not incorrigible white racists, they had to be “clever blacks”, presumably out of touch with the true wishes of an ANC supporting majority.

Added to that was the creeping tone-deafness of the ANC leadership, as in the e-tolls issue in Gauteng.

READ: We need to rebuild confidence in the country - Ramaphosa

Others in the party began to believe their own propaganda – that irrespective of its performance in government, the ANC would “rule until Jesus comes”.

Proclaiming this as an article of faith.

And now we may have reached a critical point for any government with a restive populace – when citizens lose their fear of those in power. That’s when intimidation, calumny, false prosecutions and arrests fail as tools of control. History is littered with such examples, starting with the fall of apartheid despite the detention, banning and even murder of its opponents. Similarly, the all-powerful Stasi could not save the East German state, nor the KGB the old Soviet Union.

With their actions, Zuma and those who support him in the ANC are forcing the party to make a choice, to follow instead of leading society in living up to the nation’s vision and values. To take sides in what Chief Rabbi Warren Goldstein called the “titanic fight between the forces of good and the forces of evil”.

Will the ANC, and those of its leaders who oppose the current direction of party and country, seize the tectonic moment - or miss the proverbial boat?