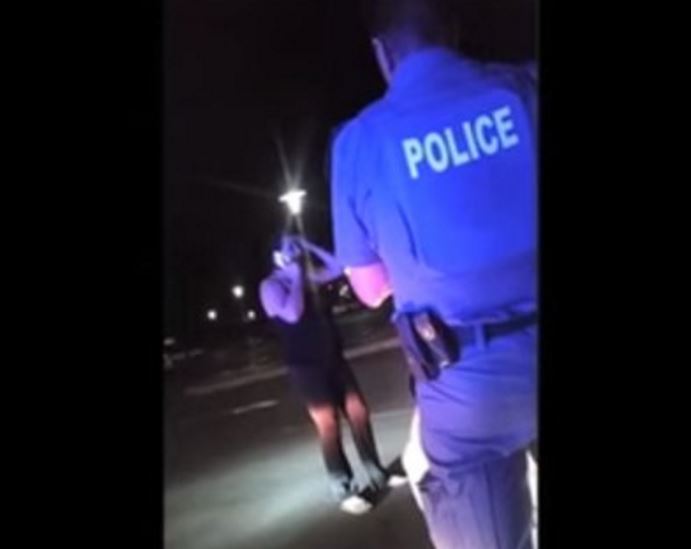 Vicki Momberg appeared in the Randburg District Court where the case was postponed to 1 August.

A South African estate agent Vicki Momberg was caught on video verbally abusing a black policeman. She used the k-word repeatedly during her tirade against men who were trying to assist. The word is deeply offensive and considered the most racist in South Africa. The state brought a case of crimen injuria against Momberg and a court has sentenced her to three years in jail (one suspended). This makes her the first person in the country to be jailed for this offence. Thabo Leshilo asked legal experts Penelope Andrews, Ren Koraan and Chantelle Feldhaus to explain the significance of the judgment.

What is the significance of the judgment?

Penelope Andrews: The significance of the judgment is substantive and symbolic. It’s substantive in that the crime committed by the accused is punished severely. Symbolically it sends a message that racism is not to be tolerated. In fact, one could go so far as to say that the law establishes that anyone using the “k” word publicly to abuse and humiliate will be severely punished.

Ren Koraan and Chantelle Feldhaus: Past cases indicate that the verbal form of crimen injuria is not that serious. But the Momberg sentence is a first of its kind in South Africa. She was sentenced to three years imprisonment of which one year was suspended for a period of three years, on condition that she did not commit crimen injuria again. In effect this means that Momberg will serve two years imprisonment.

What is crimen injuria in South Africa and its basis?

Penelope Andrews: According to principles of criminal law crimen injuria consists in unlawfully and intentionally impairing the dignity or privacy of another person.

Crimen injuria (or iniuria) is a crime under the South African common law, defined as the act of “unlawfully and intentionally impairing the dignity or privacy of another.”.

Crimen injuria provides the basis of protecting the constitutional right to human dignity in criminal prosecutions. It can happen either verbally or by deed. Importantly, crimen injuria should be distinguished from criminal defamation which has to do with the good name or reputation of a person. Both the right to privacy and dignity are protected in different sections of the Constitution of the Republic of South Africa.

It seems that currently, the most serious form of verbal crimen injuria is the use of the k-word. It is evident from case law that calling a police officer the ‘k’-word in South Africa is regarded as serious enough to warrant criminal proceedings.

How does it differ from hate speech?

Penelope Andrews: Crimen injuria is a criminal offence. Hate speech is a civil offence. Rather, it’s prohibited in the constitution as well as legislation that protects people against unfair discrimination. Hate speech also has a very specific definition, whereas (crimen inuria) is arguably more broadly defined.

Ren Koraan and Chantelle Feldhaus: The Constitution promotes free speech, but that doesn’t extend to hate based on “race”, ethnicity, gender or religion. South Africa is also a signatory to the International Convention on the Elimination of All Forms of Racial Discrimination, which requires countries to make racial superiority or hatred punishable by law.

South Africa has drafted a new bill to cover this. The hate-speech bill being considered by parliament provides for the criminal prosecution of people who commit the offences of hate crime and hate speech. It defines hate speech as

an intentional communication (including speech) that advocates hatred or is threatening, abusive or insulting towards any other person or group of persons; ranging from race and gender to social origin.

According to the bill, a guilty first offender may receive a maximum of three years prison sentence and up to ten years for a subsequent conviction.

What are the implications of the precedent-setting judgment?

Penelope Andrews: There may be several implications. First, the judgment is a clear statement that the use of racial slurs and the impairment of human dignity will not be tolerated. One could argue that there is now an unequivocal zero tolerance for the use of the “k” word.

Second, the implication may be that all kinds of racial slurs, that involve not just anti-black hatred, but also anti-semitic, xenophobic, anti-female and homophobic slurs, will not be tolerated.

The third implication is that there is a strong sensitising and educational effect. The airwaves and social media have already been abuzz with commentary since the sentence was passed. Crimen injuria has become a household term as people argue about the law’s meaning, the punishment, what constitutes (crimen inuria) and whether the judgment was fair.

Ren Koraan and Chantelle Feldhaus: The court sent a message that racism is not just inappropriate, but it is criminal. The hope must be that the penny drops for South Africans that their actions carry big repercussions. The judgment and the sentence highlight the fact that South Africa needs to put hate crime legislation in place. It’s already at an advanced stage but it needs to be promulgated.