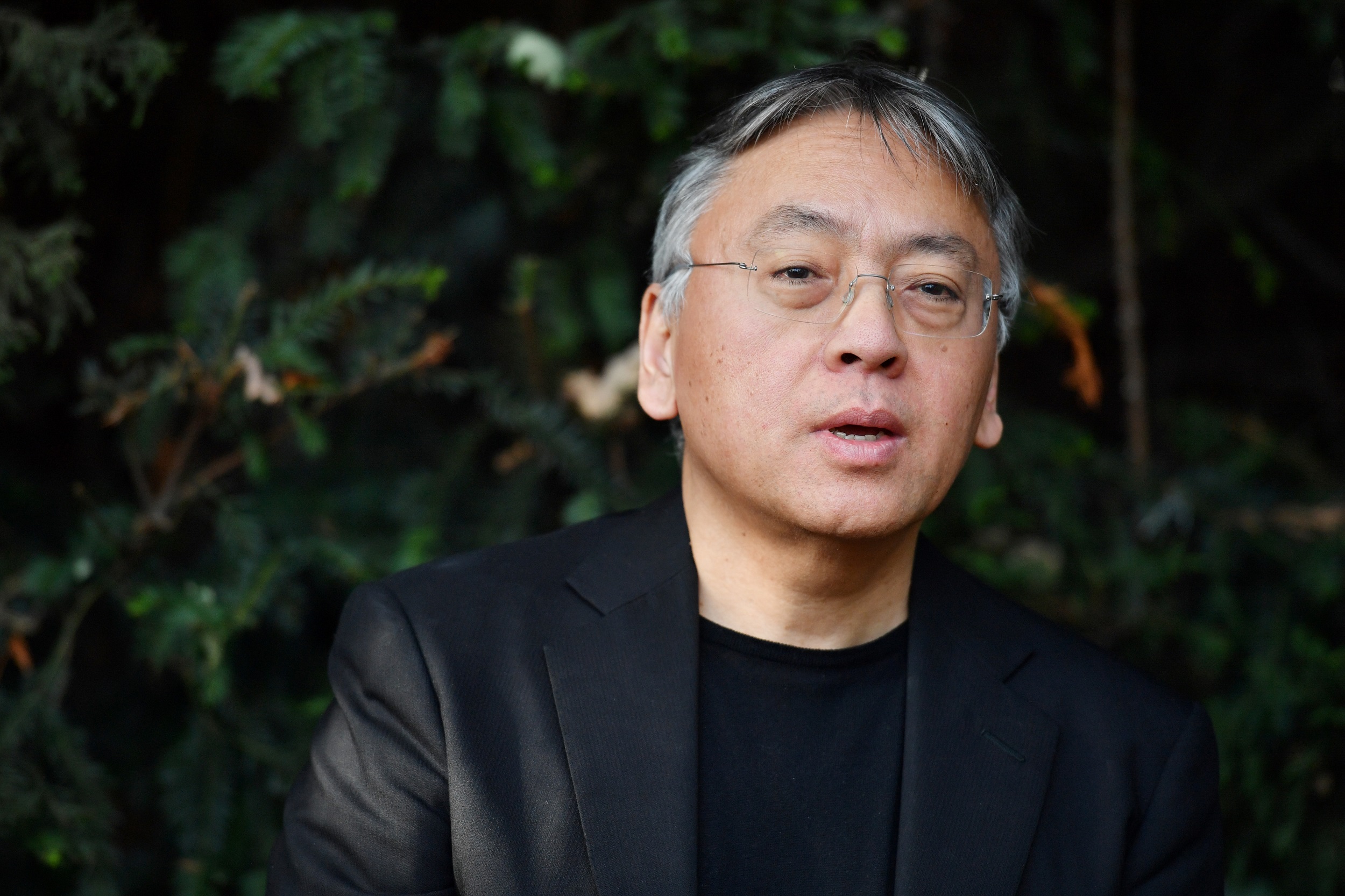 Kazuo Ishiguro is the recipient of the Swedish academy's 2017 Nobel Prize for Literature.  The author of seven novels and one collection of short fiction was born in Nagasaki a decade after the end of World War II, but grew up in the United Kingdom.  He is the sixth Anglophone writer to be award the prize in the last 17 years.

Ishiguro’s relatively small oeuvre has been the subject of quiet admiration for a long time. He won the prestigious Booker Prize in 1989 for The Remains of the Day, the novel he is perhaps best known for.  The novel is set in the lead-up to and the aftermath of World War II, tracing the life of a servant in an English country house.  The story unfolds against the spectacular rise of fascism in 1930s Europe and Britain, and its expressions of antisemitism and white supremacy in the twilight of the English aristocracy.  Stevens, the household butler, chooses duty over conscience, personal loyalty over political principle.  In his relationships with other servants, especially the housekeeper, Miss Kenton, later Mrs Benn, the other possibilities of what his life could have been can be glimpsed by the reader, even as they remain obscured to Stevens himself.

The concern with memory is significant in many of Ishiguro’s books.  In his first two novels, A Pale View of the Hills (1982) and An Artist of the Floating World (1986), Ishiguro invents what he has called ‘my own private Japan’.  In both books he reconstructs an imaginary Japan, a country of memory rather than the real Japan which he left at five when his family migrated to England.  These books have often been misread by critics as an attempt to demystify Japan for a Western audience, which misreading Ishiguro himself has criticised with some impatience.

James Ivory and Ismail Merchant adapted The Remains of the Day (1989) for cinema in 1993. The screenplay was written by Ruth Prawer Jhabvala and Harold Pinter (who was awarded the Nobel Prize for Literature in 2005), and starred Anthony Hopkins, Emma Thompson, Edward Fox and Hugh Grant. This was a decade after he had been named among Granta’s Best Young Novelists, which list included figures like Julian Barnes, Martin Amis, Salman Rushdie, William Boyd, Pat Barker, Ian McEwan, A.N. Wilson, and Graham Swift.  These writers’ names have recurred across the prize lists of the Anglophone book world over the last three decades.

Ishiguro, though, was not content with the conventional form the modern novel had taken after the experiments of the 1960s and 1970s.  In books like The Unconsoled (1995) and When we were orphans (2000), the former set in a mitteleuropische city, the latter set between England and Shanghai in the same period as The Remains of the Day, the writer began to play with form.  These books received mixed reviews, partly because they were double the length of the rest of his books, both before and after, and their experimentation mitigated against their success, many critics believed.

Never Let Me Go (2005) confirmed Ishiguro’s reputation as a major writer in English.  Set in a reimagined recent past, a Britain in which the deprivations and shortages of the 1950s persisted for much longer, and in which cloning became possible earlier, the book explores the limits of the humane and the human in a society in which medical and scientific progress had been harnessed to social utility.  It confronted readers with crucial questions about empathy as a political value.  The novel was the second of Ishiguro’s books to be adapted for cinema, starring a slew of young British actors like Keira Knightley, Carey Mulligan, and Andrew Garfield, and the veteran of cinema, Charlotte Rampling, at her inscrutable best.

It is the quiet life in unquiet times which Ishiguro is so good at exploring.  The narrator of Never Let Me Go suggests, 'Even the solitude, I've actually grown to quite like. That's not to say I'm not looking foward to a bit more companionship come the end of the year when I'm finished with all of this.  But I do like the feeling of getting into my little car, knowing for the next couple of hours I'll have only the roads, the big grey sky and my daydreams for company.'  Introspection at the edges of the noise of time is Ishiguro's mtier, and as such, he is an ideal analyst of our noisy times.

In his latest book, The Buried Giant (2015), Ishiguro explores love, war, and memory in Britain’s ancient past.  That world is refigured, and by way of an elaborate and enigmatic allegory, can be seen to comment on the flux of the post-millennial contemporary.  Once more it is the power of Ishiguro’s imagination and the seemingly effortless eloquence of his sentences which make the book so impressive.

In awarding the Nobel Prize for Literature to Kazuo Ishiguro, the Swedish Academy has recognised his uncanny talent for representing the extraordinary as if it were quotidian, for choosing quiet reflection over spectacular revelation, and for exploring the depths of his characters’ emotional and intellectual responses to their milieus in what is too often mistaken in superficial reading for flat and stylistically unadventurous sentences.