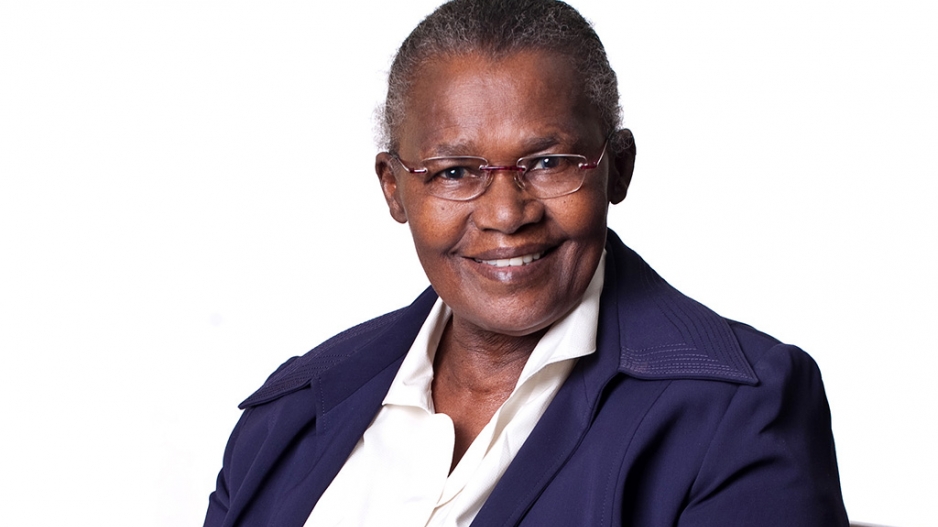 Lauretta Ngcobo (19313 November 2015) was a South African novelist and essayist.

A daughter of Ixopo, Lauretta Ngcobo, (ne Gwina), born in 1931, spent nearly three decades in exile from South Africa, returning on the eve of the first democratic elections.  As a novelist and essayist, Ngcobo’s work from that period, between the 1960s and the early 1990s, offer significant insights into the experiences of Black women of apartheid’s vagaries, and as we reread her work, we may be reminded of the country we are only too eager to misremember and forget.

In Cross of Gold (1981), her first novel, was written in exile, may be read as part of the tradition of “protest literature” of the 1980s.  It traces the story of sons who watch their mother die after being shot by the South African border police while trying to flee apartheid South Africa into Botswana.  Like other protest writers of that time, Ngcobo’s work responded directly to the wave of insurgent student protests initiated and inspired by the Soweto 1976 revolts.

While in exile, she also edited an anthology of Black women’s work, Let It Be Told: Black Women Writers in Britain (1987), connecting the experiences of the daughters of the African diaspora.  Her own work has appeared across various anthologies, attesting to her significance as a literary voice from South Africa.

Her second novel, And they didn’t die (1990), inscribes the voices and experiences of rural women in political struggle.  As the struggles against apartheid fascism and authoritarianism became increasingly formulated and memorialised as a masculine struggle, and the emergence of a post-apartheid country increasingly figured in the masculine form, Ngcobo’s focus on rural women’s struggles against oppression cracked the narrative situating political resistance in the bodies of men, and in the spaces on the edges of South Africa’s cities.

She also edited an anthology of exiled South African women writers, Prodigal Daughters (2012).  As a prodigal daughter herself, having returned, she was well-placed to bring together the voices of the many women writers thus affected, adding much needed nuance to the literary image South Africans have of themselves.

In a passage from And they didn’t die (1990), she articulated superbly the relationship between women, resistance, the landscape, and the cruelty of apartheid political oppression:

“When they got to the quarry they were shown they job – they were going to have to crush great big quarry rocks with steel hammers, and crush them fine.  The women looked at the cavernous grey side of the hill and their hearts sank.  It did not seem to make sense to them all – crushing stones seemed to them an exercise in futility, a waste of physical strength.  What sense was there in that? The sheer size of the task was a challenge: to have to pitch themselves against the might of the earth, against nature, in conflict with the bedrock of life.  Prison as a concept was not only alien to African thought but it was a reversal of the flow of life.  They were accustomed to hard work in the fields – work that yielded fruit in the end – or at least carried the hope of fruition in it.  They looked around and could see the other groups scattered on the scarred hillside; they could hear the echoes of the noisy clatter of rock and iron as the first groups start on the day’s hard labour.  And so they fell to their knees and started pounding – every blow echoed and reverberated into the depths of the earth, followed by a ring that rose vibrating into the sky leaving a shudder inside their bodies.”

Upon her return to South Africa, she became involved in teaching, but also serve for more than a decade in the KwaZulu-Natal provincial legislature until 2008.  She was awarded the Order of Ikhamanga by the South African government in recognition of her literary achievements that year.

While the death of an old woman is not a tragedy, to paraphrase the self-reflexive words of U.S. filmmaker Robert Altman in his last film, Lauretta Ngcobo’s passing has left a gap in South Africa’s culture of letters.  It may take us some time to come to terms with the importance of her work and her life.  Ngcobo’s work is indispensable for anyone interested to know how we were, and how we resisted, and how in that resistance, the lives and struggles of Black women cannot be forgotten or discounted.