Mnangagwa and the military may mean more bad news for Zimbabwe 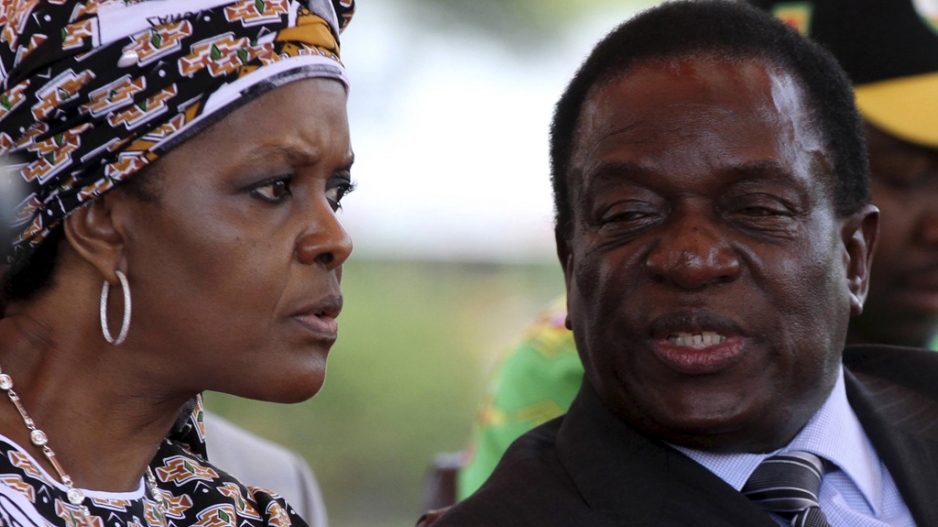 The military has taken control of the national broadcaster, troops are in the streets and the president is being held in a secure environment. All military leave is cancelled and a senior general has addressed the nation. Yet the Zimbabwean military continues with the pretence that this is not a coup d’etat.

The obvious response to this is: if it walks like a duck and quacks like a duck then the chances are it’s a duck. And the sole reason the Zimbabwean military is not acknowledging this as a coup d’etat is to avoid triggering the country’s automatic suspension from the African Union and the Southern African Development Community (SADC). Both bodies frown on coups.

A perfect storm formed ahead of these events and made military action predictable. The country had once again entered a steep economic decline (not that its “recovery” had been anything of note). A clear and reckless bid for power was being made by the so-called Generation 40 (G40) faction around Grace Mugabe in direct opposition to the Vice President Emmerson Mnangagwa, the standard bearer for the so-called Lacoste faction.

This culminated in Mnangagwa’s dismissal by President Mugabe: a clear indication that Grace Mugabe was now calling the shots. It also served as a follow up to the 2015 Grace-engineered dismissal of another Vice President and rival, Joice Mujuru.

The coup means that Mugabe’s long and disastrous presidency is finally over. The only questions that remain are the precise details and mechanics of the deal which secures his departure.

Mnangagwa is a long time Zanu-PF stalwart and is clearly closely integrated with the military high command and the intelligence services. Both institutions are concerned that the succession is being arranged for a faction led by people with no liberation credentials but who have been skilled in manipulating Mugabe himself and in making him do their bidding. The G40 now appear to have overreached, perhaps believing that their proximity to the “old man” made them invincible.

This coup’s explicit purpose is twofold. First, it’s trying to definitively kill off Grace Mugabe’s ambitions to become president and to set in place a ruling dynasty akin to the Kims in North Korea. Second, it’s a bid to clear Mnangagwa’s path to power, first in Zanu-PF and then within the state itself (over the last three decades these have been virtually one and the same thing).

What we do not yet know is what counter force, if any, the G40 can bring to bear against the military. The calculation of the military hierarchy appears to be that Grace and company are paper tigers who will have few cards to play against such force majeure and who lack the popular appeal to bring angry and disillusioned masses out onto the streets.

The coup has formally stripped away the faade that Zimbabwe is a constitutional state. This is clearly a militarised party-state where the military is a pivotal actor in the ruling party’s internal politics. It is not simply a neutral state agency subordinate to the civilian leadership. And the idea that this military intervention is an aberration – a departure from the constitutional norm – is misplaced.

Zimbabwe is a de facto military dictatorship. It serves as a guarantor of ZANU-PF rule rather than as a custodian of the constitution. It has helped Zanu-PF rig elections. And it was central to the state terror which was unleashed against the population to reverse Mugabe and Zanu-PF’s electoral defeat in 2008. The military has always been a key political actor. The only difference this time is that its intervention is designed to control events within Zanu-PF rather than to crush opposition to it.

But, a highly politicised military is a major impediment to the re-establishment of a democratic order in Zimbabwe. It has nothing to gain, politically or financially, from democratic rule given the lucrative networks of embezzlement and plunder it’s put in place over decades. Most recently it seized and siphoned off of the country’s diamond wealth for military officers and the party hierarchy.

This intervention is designed to secure the presidency for Mnangagwa. So it is hard to avert our eyes from the elephant –- or in this case the Crocodile –- in the room. Mnangagwa is the Mugabe henchman who helped enable the misrule and tyranny of the last 37 years. He was one of the principal architects of the Gukurahundi -– the genocidal attack on the Ndebele – in the early to mid-1980s which left at least 20 000 people dead.

He has also been instrumental in rigging elections and crushing all opposition to Zanu-PF rule, including the atrocities of 2008.

Expecting such a person to now make a deathbed conversion to the democracy, constitutional government and good governance he has spent an entire career liquidating is dangerous nonsense.

Mnangagwa will soon have to confront a series of dilemmas. How can he put in place an administration which has the appearance of a national unity government, can secure international approval and the financial assistance required to help rebuild a shattered economy – but avoid ceding any meaningful power or control? Can this circle be squared?

The best hope for Zimbabweans is that the international community uses its leverage wisely and sets stringent conditions for such assistance: free elections closely monitored by an array of international organisations, the establishment of a new electoral commission, free access to the state media and the right of parties to campaign freely.

There should also be a role here for South Africa to restore its badly tarnished image as a champion of democracy in Africa. It has followed a malign path over the last two decades, facilitating Zanu-PF authoritarianism in the name of a threadbare and increasingly degenerate “liberation solidarity”.

Such a combination of pressures will severely restrict Mnangagwa’s room for manoeuvre. Anything short of that will deliver an outcome which is essentially Mugabeism without Mugabe.