A new trademark for the rainbow nation - hypocrisy 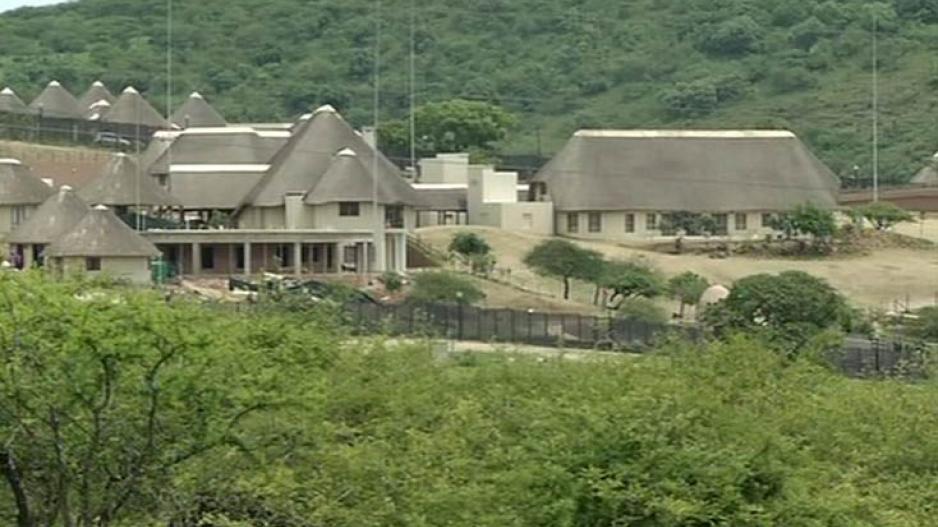 Hypocrisy has suddenly become a South African trademark. While we embrace the noble tenets of democracy, openness, transparency and accountability, when reality strikes home and we are called to live up to these admirable sentiments we tend to dig in our heels and take aegis behind a formidable wall of subterfuge and blame-shifting. Nobody personifies this schizophrenia more than our public officials – starting right there at the top with the president.
When Jacob Zuma was facing corruption charges while still deputy president of the country, he scaled the length and breadth of the country to tell all and sundry that he wanted his day in court. The implication, was that he was a victim of a political conspiracy. When his bluff was called, and moves were made to satisfy his urge to grace the country’s courts with his morally upright presence, he did everything in the book to ensure that he didn’t appear in court. It was at that time that we first heard of the existence of the so-called spy tapes which would prove that the corruption case against him was politically motivated and manipulated.
After some nifty footwork by his legal team, the National Prosecuting Authority dropped the charges against Zuma. The public was assured that excerpts from these supposed spy tapes were then in the possession of the NPA. This cleared the path for Zuma to sing his way to the office of the president without having to answer to the charges of corruption. Now, Zuma is not only fighting attempts to have the tapes released to the DA, he is now on record as having said that he has never listened to the tapes, and therefore was not aware what the tapes contained. Fell me down with a feather already! If Zuma, the supposed victim of a political conspiracy who used these tapes as his weapon against the NPA, has not heard the contents of the tapes on what basis did he engage his lawyers to work on the so-called excerpts from the tapes?
And if Zuma is transparent and committed to the letter and spirit of our constitution and this country’s jurisprudence, why is he now fighting tooth and nail against the release of these tapes?
Apart from the political seesaw that Zuma and his crowd seem to be playing around the spy tapes, another case of public double-speak relates to our public protector Thuli Madonsela.
When times are good, our public officials speak glowingly about the need to support and co-operate with the office of the public protector. But when it comes down to the wire, they are energetic in their attempts to frustrate the office of the public protector in fulfilling its mandate.
In November last year, when opposition parties and members of civil society started asking questions about the ballooning costs to the “security enhancements” at Zuma’s home in Nkandla, the president told parliament: “My residence in Nkandla has been paid for by the Zuma family. All the buildings and every room we use… was built by ourselves as family and not by government. I have never asked government to build a home for me, and it has not done so. A necessary distinction must therefore be made between work which I have mandated and initiated in my home, as opposed to the security enhancement undertaken by government.”
The picture that has emerged is at odds with the president’s humble rendering of what actually happened at his homestead. The so-called security upgrades include a new shop for Zuma’s first wife, Sizakele &39;MaKhumalo&39; Zuma, tunnels, a cattle culvert, a bunker, sports fields, a clinic and other enhancements. Further, it has emerged that while the president has in public said that he has nothing to hide with regard to enhancements to his Nkandla property, there are moves afoot to cajole the public protector into dropping investigations into this matter.
Newspaper reports show that some of Zuma’s Cabinet ministers tried, on two occasions, to stop Thuli Madonsela from proceeding with her investigation, suggesting she leaves the auditor-general Terence Nombembe to rather carry out the probe. One cannot imagine that the cabinet ministers, who include Public Works minister Thulas Nxesi, Police minister Nathi Mthethwa and Siyabonga Cwele of state security acted of their own volition. Hints must have been dropped from above. Or, pressure must have been exerted.
This, then, is my concern: To the outside world we commit ourselves to the fight against corruption; we sing the holy mantra of openness, we commit ourselves to protecting the underpinnings of our democracy by ensuring that our public institutions – especially Chapter 9 Institutions – are unfettered, and enjoy our protection.
And yet, when matters come to a head and we must live up to our allegiance to the concept of the separation of powers, and the independence of these institutions that we worked so hard to set up, we assume the Janus mode. We get two-faced. In fact, we move mountains in attempts to bury these very institutions we profess our undying faith and commitment for.
It’s time our public officials stood by their sanctimonious talk about transparency, openness, accountability and unconditional support for the independence of our Chapter 9 institutions. These institutions must be allowed to operate without fear or hindrance, in being watchdogs that hold the legislative and executive branches of government to account.
Follow Fred Khumalo on twitter: @FredKhumalo