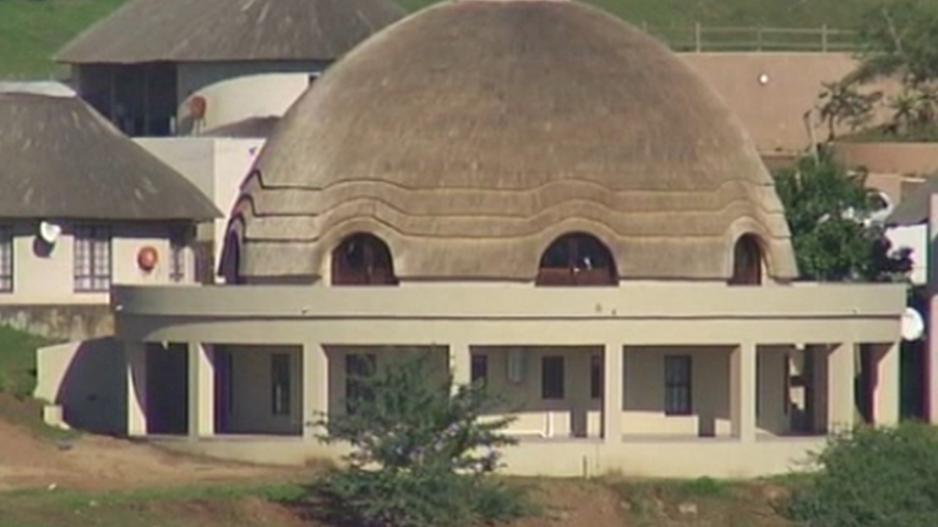 The committee tasked with probing the upgrades to the presidents private home has found Zuma not liable for Nkandla.

The stories that the South African government spins to present President Jacob Zuma in a good light are starting to smack of Pyongyang propaganda.

Our most benevolent leader has now been asked by Parliament’s ad hoc committee on Nkandla to take precious time out of his busy schedule to hunt down the members of government who ignored a 2003 Cabinet memorandum that security upgrades to his home should have been determined by the State Security Agency.

This is all part of a final report that rejected Public Prosecutor Thuli Madonsela’s conclusion that our president was unduly enriched by his home improving spree. Those home improvements included, lest you’ve forgotten – as no doubt the committee is hoping you’ll begin to – a swimming pool, cattle kraal and chicken run.

The public is reminded that Madonsela is not a security expert. The public is also reminded that our government either thinks we are extremely stupid, or genuinely doesn’t care what we think about what our president gets up to with our money.

In fact, the findings of fake committees and the outcomes of theatrical investigations are now becoming so farfetched that Parliament might as well rock up in workers overalls and start a riot for all we have any chance of taking them seriously anymore. Oh, wait…

But I’m getting ahead of myself. Cabinet has been given three months to determine which parts of the R246 million upgrade were genuine security installations. So, here’s what I reckon they’re going to try to get us to swallow next: In three months’ time, our benevolent leader is going to shamefacedly reveal that the whole Nkandla upgrade was actually a front for a top secret government job creation pilot project.

What’s more, think of the jobs yet to come: a security adviser to swear to the fact that all security installations in KwaZulu-Natal include swimming pools, an investigator to assess allegations of corruption among security advisers, a surveillance team to watch the investigator to ensure that he’s not being corrupted by opposition parties, a team of technical experts to assess the veracity of the footage captured by the surveillance team, and, of course, another committee to examine the findings of the last committee when a young and idealistic fool among the auditors refuses to be swayed by internal pressure.

President Zuma, a humble man, had hoped he wouldn’t have to reveal the secret workings of his altruistic endeavours because truly, he does not crave the spotlight. Instead, he had hoped to live out his days basking in the KwaZulu-Natal sunshine (ensuring his deckchair didn’t obstruct the firepool emergency conduit) contemplating his legacy to South Africa.

However, since the public and the media seem so determined to corrupt his honest intentions, he is compelled to speak out in honesty about his good deeds. Please, don’t bombard him with questions – he’s found this whole process quite upsetting.

I hope, dear South Africans, that you’re not choking on the scenario I’ve outlined above. In all honesty, it’s not that much more than we’ve already been asked to swallow. They’ve been serving up such an extensive menu of prevarication and obfuscation with a side order of outright lies that we’ll be tucking in until at least 2019, which I guess is the whole point.