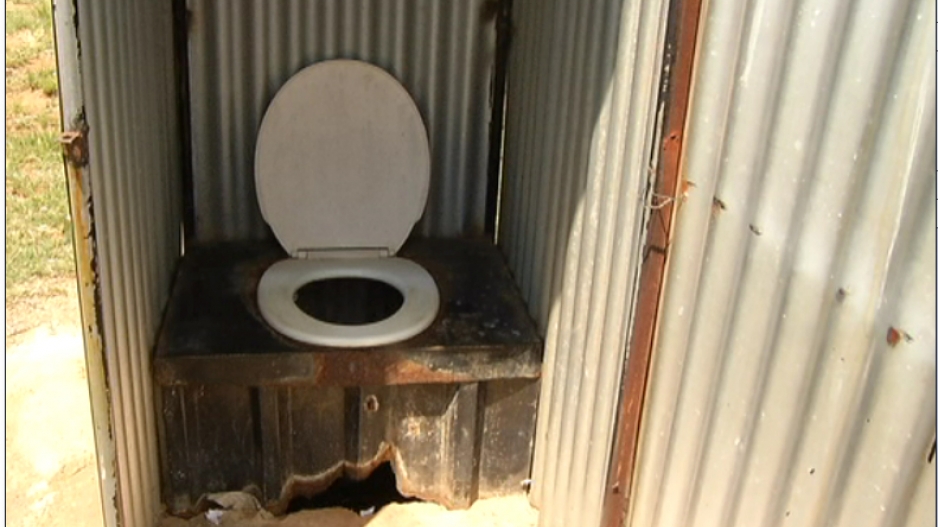 The Public interest law centre is taking the tragic matter of 5-year-old Michael Komape, who drowned in a pit toilet 18 months ago, all the way to the Constitutional Court, on behalf of the young boy's family.

“No parent, no matter how poor, should have to bury a five-year-old – a child that lay in faeces. - Equal Education

This week we mark Human Rights Day, on the anniversary of the Sharpeville massacre of 1960. It comes in the wake of the second known death of a five-year-old child, Lumka Mketwa, found in a pit latrine in Bizana in the Eastern Cape, birthplace of Oliver Tambo. Michael Komape also drowned in faeces in a pit latrine in Limpopo, in 2014.

The death of at least, two (for we do not know if all have been reported) five-year-olds in pit toilets at schools is shameful.  Many, many people fought long and hard to be able to protect all from the violence and atrocities of apartheid. Yet our state and society cannot protect these toddlers from danger and even death, death in most grim circumstance.

School and university education has expanded to open doors to many who would not previously have had the opportunity to enter. But that does not absolve government and educational authorities from ensuring the safety and dignified conditions of all learners, through the required infrastructure. There are basic norms that authorities are legally obliged to observe in relation to infrastructure in these schools and they are not being achieved, especially in the Eastern Cape.

Regrettably, there are some loopholes in the norms that have been published and this has meant that legally obligatory targets have not been met due, inter alia, to various attempts to blame other departments for failure to join the efforts. (Fix the norms, Planning to Fail Report and Limpopo School Visits Report).

In order to plug these holes, and to ensure compliance Equal Education (EE) has acted -as a social movement- organising communities to protest and sleep outside offices of the Department of Basic Education (DBE) and their provincial counterparts, especially in the Eastern Cape, where school infrastructure is the worst in the country.  At the moment EE is engaged in litigation in order to tighten the enforcement of laws compelling the DBE to ensure that basic infrastructural norms (pitifully minimal as these are) are enforced.  The DBE has had to be dragged to court on more than one occasion and it is interesting that even in opposing their obligations to provide this minimum compliance there is considerable insensitivity.

As Lumka Mketwa’s death was being reported in the media, Equal Education was in court over the failure of the Department of Basic Education to observe the school infrastructural norms.  This is a very delicate matter, for not only have children died, but learners and teachers spend days in undignified and unsafe conditions, often without any ablution facilities or inadequate or dirty ones, often without access to clean water or electricity.  Many are learning in unsafe structures where classes are conducted, sometimes huge numbers in unsafe structures, with sometimes over 300 sharing one unclean pit toilet. (See statistics in Equal Education publications).

In these circumstances, the language of counsel briefed by the state ought to be sufficiently sensitive to demonstrate awareness of the seriousness of the conditions, even if contesting the duty to fund remedies or attempting to escape responsibility on one or other legal or pseudo-legal ground.  Instead, the advocate for the Department, Mr Chris Erasmus, SC responded to Acting Judge Nomawabo Mzizi by saying that the Minister did not have “unlimited resources” to build “five-star schools.” “We submit that we can only do what the funds are available for and nothing beyond that.”

Whatever the merits of the legal argument being advanced, the reference to “five-star” schools trivialises the character and meaning of having access to safe and decent conditions of schooling, which Mr Erasmus and DBE officials would presumably expect for their own children.  Even if a case is made for failure to provide decent conditions by frivolous references to what is claimed, one is revealing that the conditions under which Lumka Mketwa and Michael Komape died are regarded as what accords with the station in life, occupied by the Komapes and the Mketwas of South Africa.

It is important that we remember that this did not start today, and the DBE undertook to achieve targets in terms of decent infrastructure by 2016 and failed dismally.  We are now being told that parents must expect it to continue indefinitely. As for the availability of funds, in the Eastern Cape, some R530-million of the education budget went unspent and was returned to the Treasury, funding that could perhaps have saved young Lumka Mketwa’s life.

But, regrettably, what happened this week with another death of a five-year-old, is part of a broader pattern of continued marginalisation of the poorest sections of South African society, the same people, mainly the African majority, who were marginalised under colonial and apartheid conditions of oppression, the people in whose name the liberation struggle was waged.  We are concerned at this moment with education, but in reality, apartheid conditions of oppression against the poor, those who work and those without jobs, those with land and those without land, those with homes and the homeless -who are mainly Africans, continue in various ways.

We are concerned at this moment with a death of a five-year-old that was not an accident, but a loss of life that could have been avoided had resources been directed with a sense of ethical responsibility, a sense of actual not simply verbal solidarity towards the underclasses of South African society.

This scandalous neglect may already be having an impact on the standing of democracy in our society.  What is the value of the vote if politicians can act with such indifference?  “The opposite of good is not evil”, said Abraham Joshua Heschel, “but indifference”.  Politicians need to be aware that where democracy comes under threat they cannot rely on the masses to defend it where they derive no benefit from its operations. Ruth First remarked in her book The Barrel of the Gun, at the time of regular coups d’etat in Africa that it was significant that the masses, while not applauding the onset of military rule, did not rise to defend civilian rule.

When many of our forebears adopted the Freedom Charter in 1955, when we celebrated the adoption of the new constitution in1996, it was intended that those who had been on the margins, would be brought into the centre, the centre that it was hoped would be a place of opportunities,  where dignity would be respected, the centre where all would enjoy equality, where all would live with adequate healthcare and without threats to their safety,  where freedom for all would prevail.

Over 20 years since the first democratic elections and the adoption of the constitution, some very important gains have been achieved, but these have been marred by the continued marginalisation of large segments of South African society, who live without bare necessities required for survival.  Poverty signifies hunger and it is very difficult when hungry, when scrounging for food and shelter, when facing continued unemployment and homelessness, to maintain one’s dignity.  We expected in the early 1990s that the new democratic government would give more than a helping hand, that it would be there to help those who stumbled or to find a way of picking up those who had never been able to rise and enjoy the necessities of life.

Notions like democracy, freedom, transformation and emancipation are processes that ought to be continually developing not seen as achieved at a single moment.  That may well be true, that our understanding of freedom and these other concepts must continually broaden as new possibilities for enlarging the scope of human freedom are understood as achievable. But we are not there.  Instead, we are seeing human will and lack of human will constituting obstacles in the way of achievement of basic human dignity and rights that ought to belong to all.  It is vital that we, the people of South Africa, located wherever we are, find ways to stand together with the most downtrodden, to help ensure that the democratic promise, cherished by so many is in fact realised in this country.

Raymond Suttner is a scholar and political analyst. He is a visiting professor and strategic advisor to the Dean of the Faculty of Humanities, University of Johannesburg, a professor attached to UNISA and (until the end of March) Rhodes University.  He served lengthy periods in prison and house arrest for underground and public anti-apartheid activities.  His most recent book Inside Apartheid’s prison was reissued in 2017. He blogs at raymondsuttner.com and his twitter handle is @raymondsuttner