Poverty in South Africa: only connect 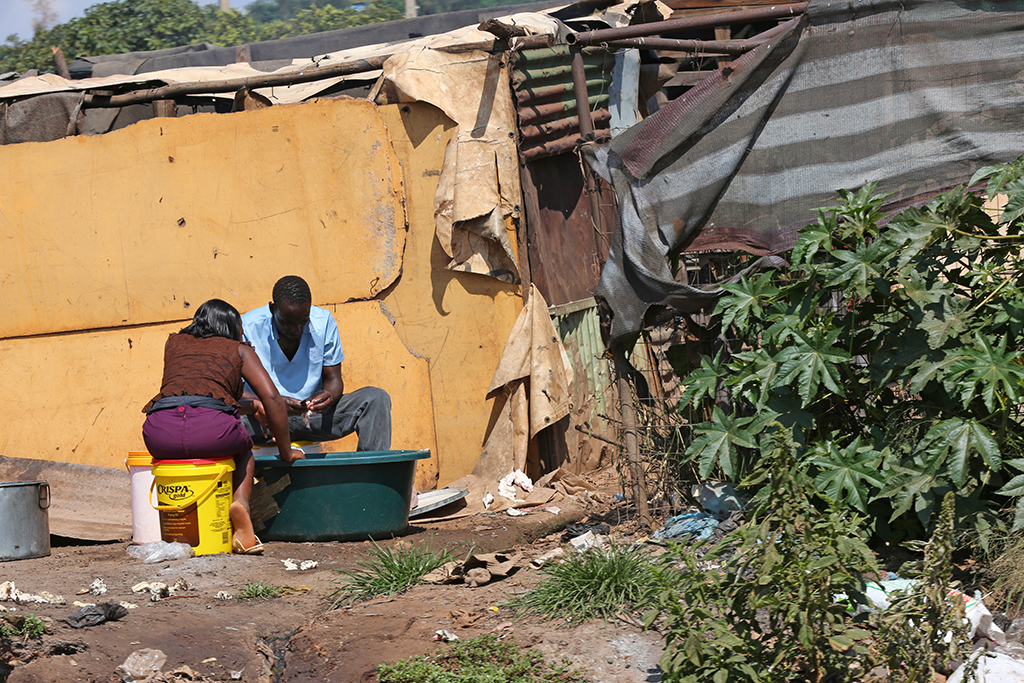 The numbers are in, and for some they confirm what can be observed about everyday life in post-millennial post-apartheid South Africa without even looking beyond the obvious. Poverty, all around us, and seemingly little that has been or can be done to end it. Symbolic gestures, announcements of programmes, endless talk shops, and still, half of the 56.5 million people who live here are poor.

It is, of course, possible to live in South Africa and ignore the evidence of poverty and the inequality it engenders. The possibility of a life which obviates the evidence of poverty is possible. That’s what the walls are for, topped by electrified wire. That is why car windows are tinted. It explains the class-differentiated transport routes running parallel to one another, the one for the bourgeoisie costing double that for the hoi polloi. Separate, but not quite unequal, we tell ourselves, having been told that is the way of this world.

We are asked to spend our lives indulging the fiction that freedom is equality, in itself, even by itself, and that political freedom will inevitably lead to economic equality by some ineffable process if given enough time. At some point in the distant future, we are meant to tell ourselves, things could be different. But that distant future is increasingly imperilled, because the signs imply an intensification of current problems, rather than their alleviation. In the present, for what passes for peace of mind, poverty is naturalised, explained (and explained away) as regrettable but unavoidable.

Of course the inequalities of the past which led to the pauperisation of South Africa’s black majority were hardly the outcome of some natural event. Social engineering over centuries of colonialism and half a century of white supremacist apartheid policy actively structured the inequality. The paper trail of evidence still exists; it’s the problem with modernity, the documentary evidence: those letters in support of the National Party written in the late-1980s, the ledgers containing the figures of people removed from places like Sophiatown and South End, or the companies’ records and reports that historians like Merle Lipton could rely on to explain the ways in which a century of white supremacy and capitalism accounted for the lay of the economic and social landscape in South Africa.

READ: Government should be ashamed of poverty figures: Archbishop Ndungane

Black people were made deliberately poor here, by legislation which dispossessed them of land, and which mandated they be underpaid for their labour when they were paid. And white people benefited from such, as do their descendants, still. Apartheid denialism is not just ugly; it is ignorant. Denying the continuation of old patterns into the present is also obscene. And in an age when politicians happily misrepresent the world for their own benefit, it would do citizens well not to do the same.

Of course much of that South African inequality and poverty made in the past will take some time to unmake. However, some of the poverty we live with and erase from view today was made in the post-apartheid period, and some of it is being made today, actively. Half of us cannot live in poverty without hard work by many who live in the other half of this country’s economic mal-distribution. People have to be underpaid and the staples needed to sustain life must be made expensive to ensure the traders maximise profits. And entire industries have to be dedicated to normalising this as "just the way of the world".

Societies, whatever form they take and however they distribute resources and access to such, are not made by accident, or by some natural process; the world of humans is made by human endeavour.  Contemporary South Africa is made by political policy and social design, ranging from the macro-processes in institutions to the micro-processes of private life choices. The cost of food, shelter, education, transport, and basic communication has become increasingly beyond the reach of the majority of South Africans. Income has not kept pace with inflation.  But we are political equals, we are constantly reminded; we ought to treasure our democratic freedom.

READ: Women, children bear the brunt of poverty in SA

What texture does such freedom have if half of us live in penury?  What can the quality of life be in a society where the person next to you can barely exist, and in a society which peddles dreams of excess and waste as the ways to signal success? We keep telling young people education is the route out of poverty, but we celebrate as success that which requires no formal education. The heroes of this society are celebrities rather than those people who teach our young, who nurse our sick, or who do the most devalued labours of keeping us safe and clean up after us.

If your neighbour is poor – and in South Africa, half of us are now (or are still) living in poverty – your life is not enriched. Wealth in a society awash with poverty is obscene, and ugly.  In her memoir Alive, Alive Oh! And Other Things That Matter (2015), Diana Athill recounts her visits to post-independence Tobago and what she learned about herself there. She traces the cognitive dissonance which life in such societies require, and the moral debasement at the heart of such a life built on the lies we tell ourselves. We tried a version of that structured inequality sold as 'good neighbourliness" before, and it failed, spectacularly.

We in South Africa need only connect. And then, to work towards imagining life differently, again, and to work towards realising that life. This inequality is beyond obscene; it is also unsustainable. We must end it, for our own sakes. High walls, armed private security guards, tinted windows and a parallel society won't work for long; it did not for that half century abolished in 1994. My neighbour's material poverty reflects my moral poverty. Only connect.