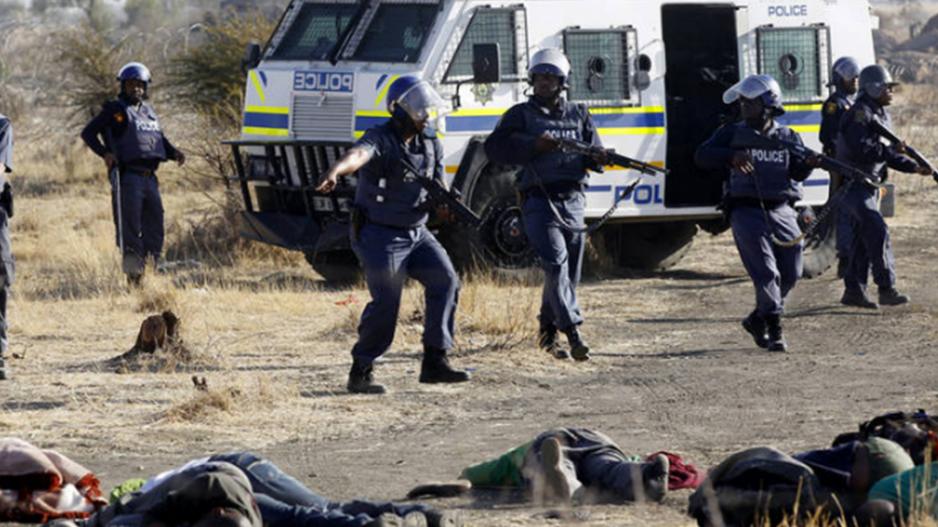 Social media reacts tothe fifth anniversary of theMarikana massacre, during which 34 mineworkers were shot dead by police during a strike.

JOHANNESBURG - There is no easy healing, no reconciliation to the outrageous horror.  There is no taking on of others’ pain and loss, no gesture by which the wound can be closed, the book of lost lives ended.  And lives lost can never be recovered.  Some wounds cannot be healed.

Remember that the demand was for R12 500. The demand was for recognition of injustice and dehumanisation. What have we as a society done in relation to this demand from the men and women on whose labour the industrialisation and much of the wealth of contemporary South Africa has been built over the last century? Is this yet another item in our unfinished business in dealing with the past we have chosen to sweep under the carpet?

In his excoriating analysis of apartheid, J.M. Coetzee distinguished between complicity and implication. We have yet to get full answers on the question of complicity: the Marikana Commission has not provided many of us with full answers. No one has been found culpable for the events which lead to the deaths of more than 40 people. No official, corporate or governmental, has been held to account in a court of law for those deaths. How do we explain those deaths, then? Fate? Accident?

The obscenity of the wound of Marikana requires of us to ask questions beyond those missing answers of complicity and culpability. We need to begin to question our own implication in those events. The wealth of South Africa’s middle classes is connected to the pauperisation of the working classes. Our investment portfolios which sustain our retirement funds and annuities are intricately connected to the labour exploitation and economic inequality which are foundational to this society’s troubles. We blind ourselves to how we have and continue to benefit from the exploitation of the many. How much longer will we, can we, and do we dare?

Marikana is not merely a metonym for the larger crisis in the South African political economy. It is also the specific pain and loss and heartache of particular people, of a specific community. We dare not make the concrete losses so nebulous that the allegory obscures the material realities of the survivors. We also dare not behave as if the meanings of Marikana stop with those who died, those who mourn them, and the government and corporate actors.  Marikana is also a public wound which stains all of us.

How have our consciences been pricked in the five years since those dreadful events on the koppie in the dusty North West province? How have our priorities shifted, or not shifted, in this society which claims to be so outraged by the events before and after 16 August 2012? Or is it becoming increasingly distant, having happened to other people far away, a long time ago? We may never come to terms with those events, we may never fully understand them, but it is important to continue to try to do so. It is important for our children to learn about it, to understand what our conduct before and after Marikana says about who is valued in this country, about the meanings of greed and materialism, about whose story can be erased, about how justice works or does not work, and for whom, and under what circumstances?

Outrage is not enough; it is too easy, perhaps, and in the end, not in itself politically or morally productive. Nor is incantation of the names of the dead, important as it remains to recall the human beings in full, by name, by laughter, by their appeals, their loves and their losses. We must also revisit our habits of thought and being, our behaviour, or values, our priorities. If we do not, we will have learned nothing from this unhealed and perhaps unhealable wound in South Africa’s body politic, and in the years to come, incorporate it into the memorial habits of a forgetful state which practices what Ivan Vladislavic termed ‘propaganda by monuments’.

The deaths of real people in one of the vilest moments in post-apartheid South Africa stain the fabric of freedom in ways many of us find difficult to countenance. Looking away will not help. The horror happened, and some of it in our name. There is no adequate dance of mourning to make, there is no appropriate eulogy to cry out, to invoke the words of the poet Grace Nichols. But our humanity may lie in our continued efforts to do so, and to fail, and to fail better every next time.