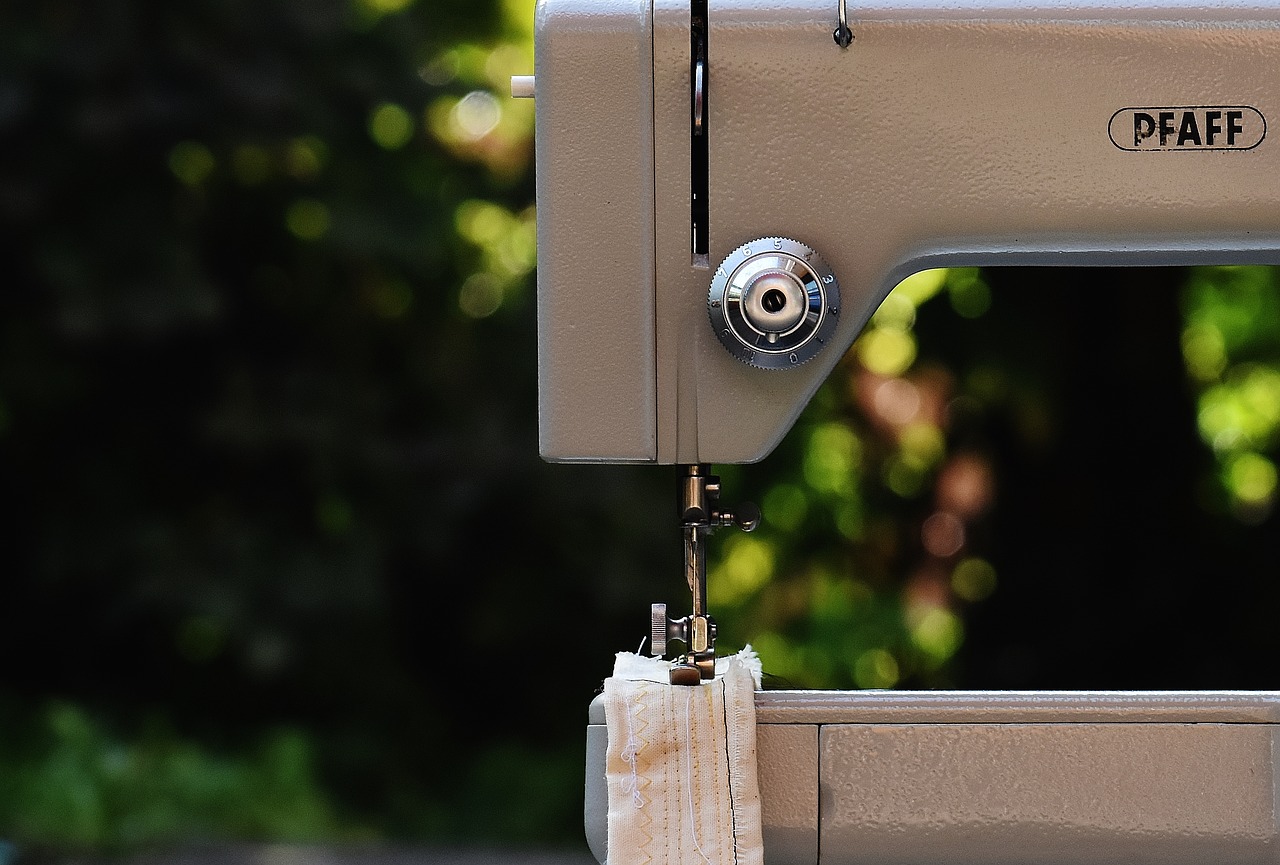 File: On Friday, the South African Clothing and Textile Workers Union will march on SARS headquarters in an attempt at highlighting the negative impact of a lack of enforcement and inspection of imported goods at South Africas customs points.

On Friday, the South African Clothing and Textile Workers Union (SACTWU) will march on SARS headquarters in Pretoria in an attempt at highlighting the negative impact of a lack of enforcement and inspection of imported goods at South Africa’s customs points.

As the local sector bleeds jobs because of cheap and illegal imports, the apparent disarray at SARS also cost the fiscus at least R3-billion in unpaid import taxes on Chinese imports in 2014 alone.

This, say union researchers, could have funded 9-million monthly child support and 2.1-million monthly old age grants in 2015 and could be regarded as a form of economic sabotage.

It’s the figures in SARS’ annual reports that paint the disturbing picture.

In 2009 SARS kicked off a campaign to stem illegal, cheap imports into South Africa that had, at the time, resulted in massive job losses in the sector.

That year, a new price-reference system, negotiated by representatives of government, labour and business and which made it easier for customs officials to identify false amounts on invoices for clothing imports, began to be applied.

The system was also employed to identify suspicious transactions through the use of historical transaction prices. According to a Nedlac report at the time, importers commonly used fraudulent amounts on import documents to avoid the 40 percent import duty on clothing products. This was also a programme outlined in government’s Industrial Policy Action Plan (IPAP).

Back in July 2009, Oupa Magashula, a former trade unionist, was appointed SARS Commissioner with Ivan Pillay one of his deputies. After Magashula’s resignation in 2013 Pillay was appointed acting commissioner and in a statement issued that year SARS said that it recognised “the significant role the clothing, textile, leather and footwear sectors” played in the South African economy.

The revenue service recognised that one of the challenges in the sector was the illegal flow of clothing and textiles across South Africa’s borders, and in the first four years after the concerted campaign kicked off, SARS had confiscated more then R1.9-billion worth of illegally imported clothing and textiles – an average of R485-million a year.

But in 2014, Tom Moyane was appointed commissioner by President Zuma and after “rogue unit” allegations were planted in the Sunday Times, the revenue service’s top executive was purged. Subsequent to this, hundreds of experienced officials also left SARS as part of Moyane’s extensive restructuring of the country’s key revenue-generating institution.

The decline with regard to the seizure of illegal imports began soon after Moyane slid into the hot seat in 2014. In December that year, three months after Moyane’s appointment and two weeks after Pillay’s suspension, a scandal rocked the ruling party when SARS officials impounded a consignment of around 181,000 ANC branded T-shirts imported by Taiwanese multimillionaire Robert Huang.

Huang has links to President Zuma’s family including his lawyer, Michael Hulley, who previously worked for Huang’s Mpisi Group. Hulley had, at the time, been instructed to litigate against SARS to have the T-shirts released – which Huang had allegedly “donated” to the ANC without paying R45-million in customs duties, in time for the 2014 elections.

Then – supported by figures – slide began to set in.

Between 2013/14 and 2014/15 SARS seized clothing and textiles only worth R106-million (or an average R35-million a year) and 2015/16, say SACTWU researchers Simon Eppel and Etienne Vlok, has seen “a near collapse in goods confiscated with only R8.7-million worth impounded”.

While SARS does not publish information annually for the total of goods impounded at entry ports, in 2011/12 it seized over 7-million items of clothing, according to that year’s annual report. For 2015/16, only 495,436 items were confiscated which is less than 7% of goods confiscated in 2011/12.

Dr Nick Steen, CEO of Sheraton Textiles, and a key player in the original setting up of the price reference system, told Daily Maverick that at present there was a feeling that there is “a lot of disarray” in SARS.

“While there are still some dedicated officials at entry level in SARS at a senior level, it is dysfunctional. The system is no longer set up to police illegal imports. There is high leakage and things are not working in SARS the way they used to. Unfortunately, SARS and the country lose out. Every illegal import is a lost revenue collection opportunity,” said Steen.

He said that while there had been ongoing requests to meet with and discuss the crisis with SARS, this was simply “glossed over”.

“What you are seeing from the union’s perspective is frustration.”

SACTWU researchers Eppel and Vlok have labelled customs fraud a form of “economic sabotage” committed by the private sector in which duties on imported goods are illegally avoided by engaging in activities that evade tariffs or customs rules.

It occurred in multiple forms including under-invoicing (where importers declare that the price or number of their imported goods is lower or substantially lower than the reality), false declaration of goods (where importers pretend to be importing other products which carry a lower duty), smuggling (where importers bring goods into the country without declaring them or paying any duty) and rerouting goods via third countries (where importers channel goods that should carry a higher duty when entering South Africa through countries with preferential duty access to the South African market).

The researchers cite the example of customs fraud committed on Chinese clothing imports alone and which demonstrate the huge losses to the fiscus.

Somehow imported clothing to the value of $767-million is missing from the South African customs data. Say Eppel and Vlok:

“If some adjustments are made for freight costs as well as some differences in the way imports and exports are recorded, this may mean about R6.6-billion worth of value is ‘missing’ from Chinese clothing exports to South Africa. It is the equivalent of R3-billion of unpaid import taxes which were withheld from the national fiscus. This is lost revenue from only one product (clothing) imported from only one country (China) in only one year (2014). Had these Chinese import clothing duties in 2014 been collected they could have funded 9-million monthly child support and 2.1-million monthly old-age grant payments in 2015.”

The practice of customs fraud, say Eppel and Vlok, is widespread, “but particularly occurs with imports of CTFL (clothing, textiles, footwear and leather) products, automotive components, food products, tyres and cigarettes” and is generally perpetrated by import or export companies, freight forwarders, clearing agents, retailers and wholesalers, and other private sector interests.

Sometimes this occurred with the assistance of state officials (in which case it is deemed to be corruption). The fraud is committed so that importers can lower costs, presumably to enable them greater profits or to allow the securing orders from retail buyers – who consistently seek lowest-cost products.

“Customs fraud substantially undermines the intention to create a country characterised by employment and greater levels of equality,” write Eppel and Vlok.

Customs fraud denies the state much needed revenue, increases the burden on ordinary taxpayers, deters the creation of businesses and new job opportunities, and destroys many thousands of jobs each year. Goods sold into the market at artificially reduced prices undercut local factories and cause job losses.

“When officials in the state steal from taxpayers, there is public outrage. Yet for some reason this form of private-sector looting of the public purse barely raises a public whisper. Perhaps this is because tax dodging by the private sector is deemed to be a legitimate pursuit? Perhaps it is because the mistaken impression exists that only corruption in the public sector really harms the lives of our country’s citizens?,” ask the researchers.

Attempts to engage SARS on this matter have proved fruitless, which is why SACTWU is marching on Brooklyn on Friday. The march is being supported by the Police and Prisons Civil Rights Union (POPCRU) which in a statement on Thursday said:

“In their quest to raise awareness of the negative impact of illegal clothing, textile, leather and footwear imports in the industry, we are adamant that the SARS should take responsibility for the effective enforcement of import duties and inspection of imported goods and customs as this has demonstrated to collapse local industries, therefore causing immense job losses.”