Satanism and witchcraft in politics: a call for decency 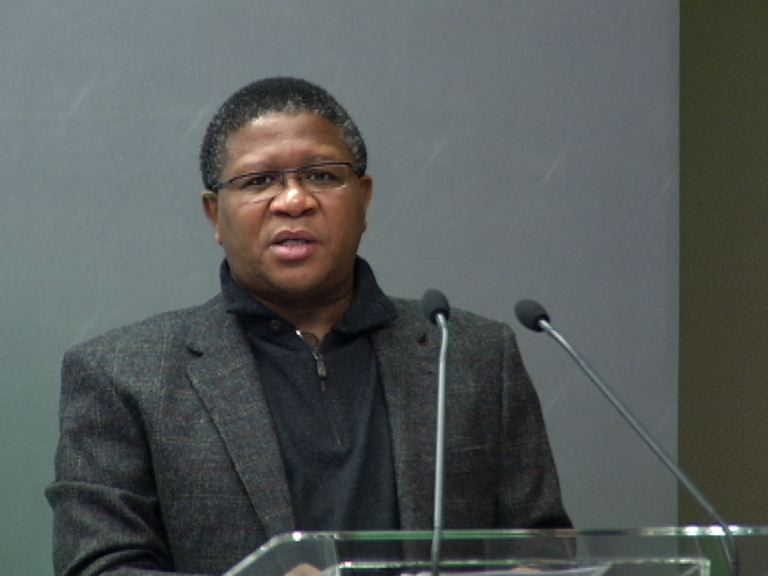 Any speech, act or written document gives one much more information about the speaker or writer than it does about the subject thus treated.

In the public speeches of politicians and business people, one learns much more about the values and beliefs of the speakers than one does about the people or issues they speak about.

Not only have parties been addressing the faithful, but they have also been attempting to sway undecided voters and proselytise those who would usually not even think about voting for them.

And as with religion, this profession of belief to the redeemed and the conversion of apostates can be a nasty process.

The ruling party seems to have deployed the Minister of Sports and Recreation to bring inflammatory and incendiary ideas and practices from the fringes into mainstream political debate.

This was a role played by the party’s Youth League leaders not so long ago: making statements so provocative that the party elite could maintain a safe distance from any fallout yet benefit without necessarily disavowing or disciplining the errant figures.

But allowing such figures too much scope, as the African National Congress learned in a protracted and messy process, can give you cause for regret.

The figure given licence to agitate can so easily turn against you, and if powerful enough, mount a rival political force with the same appeal that used to benefit you.

So, is Fikile Mbalula the new Julius Malema for the ANC?

At the beginning of March 2014, Mbalula suggested that those who booed the party and state president were somehow working in the service of Satan or had been influenced by Satanists.

Given the moral panic around Satanism at the time – it was linked to several killings in townships, and was proposed by many to be ‘on the rise’, spreading from its usual association with lower middle class and traditionally white South African suburbs into townships of South Africa’s Black majority – it seemed a particularly craven gesture.

It seemed opportunistic and callously disregarded the pain of those who had been affected by the tragedies of the violent crimes purported to have been perpetrated as Satanic acts.

Speaking at a memorial event for Solomon Mahlangu in Cape Town, the minister accused the Democratic Alliance of ‘witchcraft’.

Even a cursory familiarity with southern Africa’s indigenous belief systems allows one to realise that this is a particularly dangerous accusation to make.

In a deeply misogynistic society, women who are seen to have too much power are often accused of being witches in order to ‘tame’ them.

The extirpation of witchcraft from communities is often violent and murderous.

To accuse a party led by a woman of practicing witchcraft seems even more repellent than calling one’s opponents Satan worshippers in a deeply Christian country.

We must remind ourselves that South Africa is a secular republic in late modernity, in which vestiges of pre-modern belief systems, including the various Middle Eastern religions and traditional African faiths, co-exist uneasily with contemporary state processes.

For Mbalula to call opponents witches is not only dangerous, it is deliberately so.

No one in South Africa can claim ignorance of the consequences of labelling someone a ‘witch’.

No one can reasonably claim not to know what communities do with those accused of witchcraft.

In its election manifesto and its January 8 statement, the African National Congress dedicated itself to instilling discipline in its party ranks, and to commit to a programme of political education.

In the light of those statements, it may be imperative to avoid the kind of incendiary, deeply misogynistic and potentially deadly rhetoric in electioneering.

Winning the votes of ordinary people should not come ‘at any cost’.

And with four weeks to go, we can ill afford to either tolerate or entrench vilifying political speechifying which deploys tropes designed to provoke communities into moral panics.

In March it was Satanism; in April it was witchcraft.  What will May bring?

What accusation of heinous terror will we then have to put up with, having let the first two into the public domain unchecked?  Will political opponents be accused of spreading disease?

Will they be accused of having actively co-operated with the apartheid government as ‘impimpi’?  We can ill afford to traduce 20 years of democracy with such dangerous and cheap tricks.

As for the appropriateness of calling people witches at a memorial for Solomon Mahlangu, one recalls the words of Joseph Welch from the United States’ anti-communist ‘witch-hunts’ during the 1950s: “Have you no sense of decency, sir?

At long last, have you left no sense of decency?”