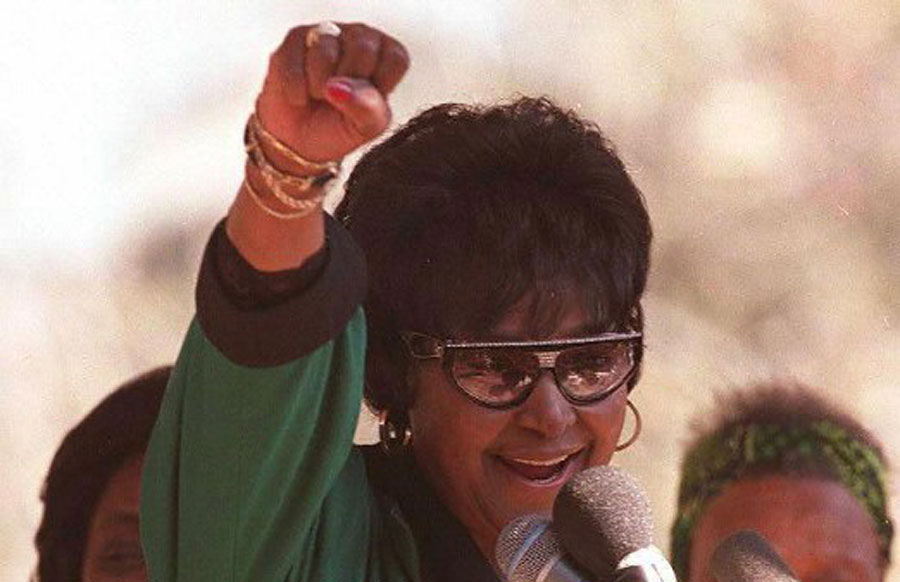 South Africa has just come of age as a constitutional democracy based on progressive values that include freedom, human dignity, equality, non-racialism and non-sexism. Sadly, 21 years after liberation, it remains far from being the paradise it promised to be for women.

Patriarchy remains deeply entrenched. Women continue to be discriminated against in the workplace as can be seen in the latest statistics from the South African Revenue Service. These show that women earn on average 28% less than men.

Incidents of rape and domestic violence remain stubbornly high. According to the Saartjie Bartman Centre for Women and Children, a woman is either raped or battered every four minutes in South Africa. This is despite South Africa’s proactive efforts in fighting this scourge, which cuts across all strata of society irrespective of education, social status or economic wealth.

Patriarchy plays a prominent role in the spread of domestic violence in any country. Violence against women is rooted in women’s lack of power relative to men in society. It also transcends the binary of race and class.

It is time to breathe new life into South Africa’s feminist movement to seriously combat the perpetuation of patriarchy. The country cannot claim to be a true democracy when its women, who are the majority of its population, continue to be dominated by men and shackled to their whims.

The South African feminist movement needs to establish a new direction for the 21st century. The almost silent voices of both men and women must begin to speak out and speak out loudly against patriarchy and fight to fully empower women.

What passes for the women’s movement is a collection of disparate NGOs such as People Opposing Women Abuse, Sonke Gender Justice and Progressive Women’s Movement of South Africa.

Without undermining their efforts at championing the cause of women, they are inadequate for the mammoth task of taking the fight to patriarchy in any significant way.

The reason that patriarchy remains deeply entrenched in South Africa can be found in the fact that even the struggle for liberation, with due respect to its courageous leaders including Nelson Mandela, Robert Sobukwe and Steve Biko, did not fully address the issue of male domination.

Even some of the liberation struggle’s most radical thinkers, including Marxists, also blundered in thinking that the defeat of racial oppression would somehow magically result in an egalitarian, anti-sexist society. This gave way to the situation in which patriarchy further ingrained itself into the psyche of society.

Now is the time to shift gear and build a strong feminist movement to carry on from where the struggle for liberation left off.

To be effective, the new, vibrant feminist movement will need to transcend the current stifling confines of political parties, which are dominated by men and whose primary focus is not necessarily to combat sexism.

The African National Congress (ANC) Women’s League provides a good example of the folly of subsuming the struggle for gender equity into the agenda of a political party with different priorities. The league works more as an extension of the recruitment machinery for the ruling party.

Its inadequacy as a feminist organisation that champions women’s liberation was underscored when its president, Angie Motshega, went on record saying it was not feminist. This, plus the league’s much-publicised vacillation on whether the governing party and South Africa are ready for a woman president also shows the league is unsuited to fight patriarchy.

The situation in which women continue to play second fiddle in the day-to-day business of South Africa is scandalous. This persists irrespective of their increased visibility in key institutions.

South Africa, for example, ranks tenth in the world in terms of the representation of women in parliament. Women occupy 166, or 41.5%, of the 400 seats in parliament. Pride of place here goes to Rwanda with 63.8%.

Credit where it’s due

After the first democratic elections in 1994, many discriminatory statutes in South Africa were scrapped and replaced with the Domestic Violence Act of 1998. The public sector leads in the empowerment stakes. There are female ministers of education, trade and industry, defence, science and technology, international relations and energy.

Two of the powerful top six positions in the governing ANC are held by women – Baleka Mbete is the national chairperson and Jessie Duarte is the deputy secretary-general.

However, the ANC is far from being a model for gender equality. A glaring example of this is in the leadership of South Africa’s nine provinces. Men are premiers in seven of the eight provinces controlled by the ANC. The Western Cape is governed by the Democratic Alliance (DA) under Helen Zille.

The struggle for South Africa’s liberation did not have a shortage of courageous women who fought alongside men. Names that come to mind are Winnie Mandela, Albertina Sisulu, Mamphela Ramphele, Lilian Ngoyi, Ruth First and Helen Joseph. As in the past, men and women need to unite in fighting the marginalisation of women if South Africa is to become the egalitarian, anti-sexist society envisaged in its constitution.

A lot of hard work lies ahead. Patriarchy has firmly ingrained itself in the psyche of the society. South Africa needs urgent, genuine dialogue about patriarchy and to change women’s lamentations about misogyny into mallets to fight injustice and gender discrimination.

Such a unitary movement can exist only if women and men, regardless of their political affiliations, can come together as one to map out the future for an anti-sexist, egalitarian society that we so much yearn for.

Tsoaledi Thobejane is Senior Lecturer at University of Venda.