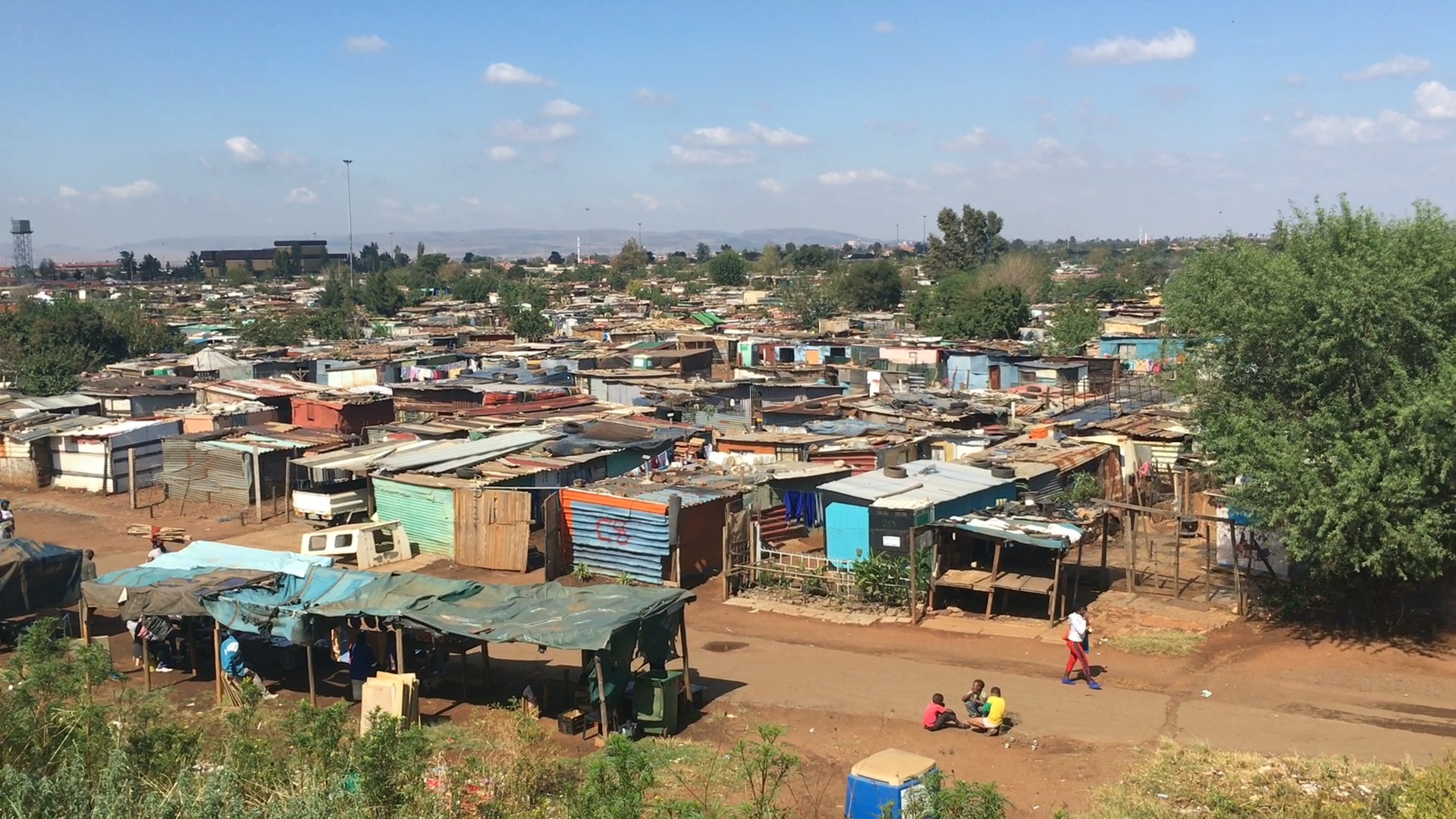 Children play in the streets of Katlehong, an informal settlement in Ekurhuleni, Gauteng.

South Africa is known for its extreme income inequality, which is one of the highest in the world. Ten percent of the population earn around 55%–60% of all income, compared to only 20-35% in the advanced economies.

But while the top income share is high in its own right, it pales in comparison to those for wealth; such as real estate, pension funds and shares of listed companies. New tax and survey data suggest that 10% of the South African population owns at least 90–95% of all assets. This share is much higher than in the advanced economies, where the richest 10% own “only” around 50-75% of all assets.

Why does wealth matter? First, the level and distribution of wealth in a country are important indicators of its citizens’ long-term welfare. Whereas income and consumption tell us something about a household’s current living standards, information on wealth is important in assessing whether the household can sustain these living standards during spells of unemployment or throughout retirement.

But wealth is also of particular concern for long-term inequality. This is because wealth can generate its own income (such as interest, dividends, rents, and capital gains), and can be passed on between generations. Over time, small differences in assets can therefore grow larger and larger. As Thomas Piketty argues in his influential book on wealth and inequality (Capital in the 21st Century), this tendency has been one of the biggest drivers of growing inequality in both advanced and developing countries.

A growing number of studies have suggested that high inequality can have unfavourable political and economic consequences, which is why South African policymakers are increasingly concerned about it. Currently, most initiatives focus on inequality of income and consumption, since these variables are closely linked to poverty and exclusion.

But based on my own research I argue that narrowing the wealth gap also deserves close attention.

Why wealth is difficult to measure

We know that South Africa’s wealth distribution is highly unequal. It is, however, very hard to measure precisely how unequal it is. This is because our usual tools are well suited to measuring income and consumption, but not very good at measuring wealth.

The most widely used data on living standards come from household surveys. Their main limitation when it comes to measuring wealth is that participation is voluntary and that richer households tend to be less likely than others to participate. In addition, many people are not aware of the current value of their assets or feel uncomfortable talking about wealth.

Because of these limitations, researchers have started to use data from tax records. Since tax filings are mandatory, tax data do not run the risk of under-representing individuals at the top of the distribution.

Nevertheless, tax data have their own limitations. First, they tell us nothing about the population whose income is too low to require income tax filing. In South Africa this group comprises more than 80% of the population. Secondly, they do not allow us to measure wealth directly since only investment incomes are taxed in South Africa.

While this approximation introduces an element of uncertainty, it is currently the only way to get data on the top of the wealth distribution.

In my research I combine tax and survey data. Three main findings stand out:

The fact that the bottom half has very little wealth is not unique to South Africa. What is striking, however, is the small wealth share of the middle of the distribution. Income- or consumption-based studies find that around 20% to 30% of South Africans belong to the middle class.

But my analysis suggests that a “propertied middle class” is largely nonexistent. This differentiates South Africa from the advanced economies, where a much larger share of the population owns significant financial and non-financial wealth.

In theory, the extreme concentration of wealth in the hands of a few can be addressed from two sides: redistributing wealth held at the top or building wealth at the bottom.

In reality, however, these two approaches should be balanced by combining taxation of top wealth holders with policies to encourage middle-class wealth formation. This is because South Africa has a relatively low level of private wealth and should not risk reducing overall private saving and investment.

The most common tools for redistributing wealth are taxes on investment incomes and inheritances. Currently these taxes constitute only a tiny share of total tax revenue. Taxes on investment income makes up about 1% of total tax revenue while inheritance tax makes up 0.1%. The current proposals of the Davis Tax Committee aim to increase these shares by closing loopholes in the estate duty.

More effective inheritance taxes can be very effective to counter the tendency of growing wealth concentration. But there are practical challenges when it comes to taxing the wealthy effectively. Wealth can easily be shifted between asset classes, ownership structures and tax jurisdictions to avoid being subject to taxation.

The Panama Papers showed the extent to which the efficacy of wealth taxes is limited by the fact that large fortunes are moved out of the reach of national tax authorities.

Helping lower- and middle-class households build wealth may therefore be a more effective way to promote a more equitable wealth structure. Since pension assets are the single most important form of wealth in South Africa, a more comprehensive pension system would be particularly effective in reducing wealth inequality. The current proposals by the National Treasury, which aim to increase the coverage of occupational pension systems and reduce pre-retirement withdrawals, are promising.

The new figures on the extreme extent of wealth inequality should provide some tailwind to these proposals, which could jointly lead to a more equitable wealth structure in South Africa.