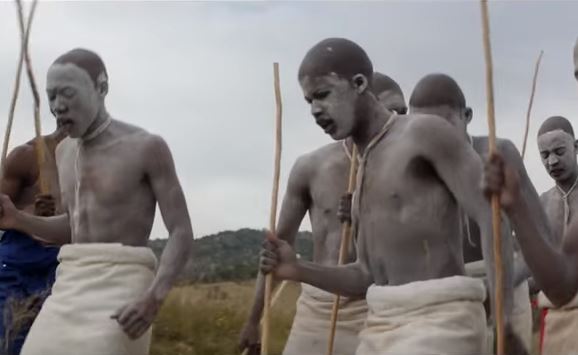 File: Inxeba can now only be shown in locations licensed to screen adult entertainment.

Censorship, one of the insidious strategies used by the apartheid government, has made an ominous comeback in South Africa with the recent X18 classification of the award-winning film Inxeba (The Wound). In South Africa the film can now only be shown in locations licensed to screen adult entertainment.

The apartheid government tried to maintain its power over a racially segregated South African population through controlling the media. This included censoring films – initially international and then also local ones. The Publications Control Board had the power to ban a film outright, demand scenes be cut or, bizarrely, to restrict the screening of a film to certain (usually white only) audiences.

The purpose of censorship during this era, as film theorist and author Keyan Tomaselli points out in The Cinema of Apartheid: Race and Class in South African Film, was to support and keep apartheid in place.

What underpinned the control board’s decisions was the belief that the majority of the population was “not sophisticated”, as the Publications Control Board appeals adjudicator, Judge Lammie Snyman, claimed. Not sophisticated enough, apparently, to be trusted with the privilege to exercise their own – or be privy to others’ – expressions of free speech.

After apartheid ended, the Film and Publication Board was created to fulfil the role of screening and rating films. It is this body that took the decision to reclassify Inxeba. In my opinion it has claimed for itself a paternalistic role, attempting to dictate what South African audiences may and may not see. Like the apartheid government and the control board of old, they are infantilising South Africans. They want to protect citizens from perspectives that they, as individuals, don’t agree with.

But this is not their right. They simply don’t trust South Africans to be “sophisticated” enough to make up their own minds.

The first film to be banned in South Africa was the 1910 The Johnson-Jeffries Fight, a documentation of a match between a white and black boxer. In the film Jack Johnson, the black boxer, defeats his white opponent. The Publications Control Board must have feared that it would incite black on white violence, or, god forbid, affirm the knowledge that the white man could, indeed, be beaten.

Under apartheid many films, some of them fine ones with artistic merit, were cut, banned and sidelined for reasons including explicit sex, content that was not in line with Christian values, interracial relationships and interracial violence. A sad byproduct of censorship was that South African filmmakers learned to apply self-censorship, limiting the topics they addressed in their films and the events and actions they portrayed.

A feeling of freedom in film began to emerge with the transition to democracy in the early 1990s. In 1994 the then minister of Home Affairs, Mangosuthu Buthelezi, even proclaimed that:

Never again… will anyone decide what other intelligent and rational beings may or may not read, watch or hear.

The general perception, certainly among filmmakers, was that the era of censorship was over and that The Film and Publication Board’s mandate was merely to protect younger viewers and inform the public of sensitive content in films and media, not to control what South Africans could watch.

There was therefore a shocked response to the board’s decision in 2013 to refuse a rating to Of Good Report, a noir thriller-horror film that had been selected to open the 34th Durban International Film Festival. This meant the film could not be screened publicly. There was an uproar, an appeal and the film was quickly classified 16, a justifiable rating for the nature of the content.

X18 normally means the film contains explicit sex scenes, with shots of genitalia. But anyone who has seen the film can attest that this simply isn’t the case.

This is a disgraceful outcome for a film that was shortlisted for the Oscars and won awards at, among others, the London Film Festival, Sydney Film Festival and World Cinema Amsterdam.

It appears that the decision to “ban” the film had more to do with politics and ideology than with legal considerations. This is because, as legal commentator Prof Pierre de Vos has pointed out, the board didn’t follow the Film and Publications Act or its own guidelines. He wrote that:

the minimum legal requirements required to have a film classified as X18 were not present.

This shows the decision wasn’t made on the basis of objective criteria, which leaves ideology or politics as the only possible explanations. I think the Film and Publication Board buckled under pressure from a small number of organisations who found the depiction of gay sex and references to Xhosa initiation offensive. But these organisations don’t represent the majority of South Africans.

The board don’t seem to believe that the stories of men who are marginalised, harassed and even killed for being gay should be told. And they have no regard for the importance of talking openly about the risks associated with certain initiation practices, a topic that other filmmakers, like Mayenzeke Baza in his documentary Ndiyindoda: I am a Man (2013), have broached.

Instead they seem to support the idea that “what happens on the mountain stays on the mountain” must prevail, even though it means keeping the mouths of young men who have been exposed to bullying, trauma and even mutilation closed.

The Film and Publication Board won’t allow South Africans to see these stories. But the country’s citizens have the responsibility to bare witness. And to resist this blatant return to apartheid-era censorship.