The deaths of 144 mentally ill patients and SA's constitutional democracy 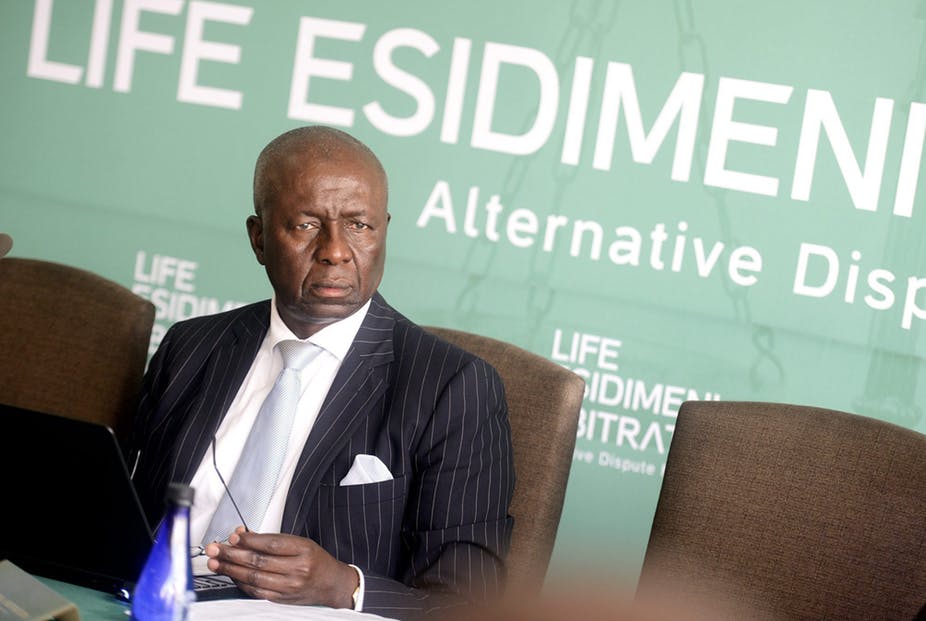 File: South Africas Justice Dikgang Moseneke presided over hearings into the deaths of 144 mentally ill patients who were moved to unregistered NGOs.

Since colonial times black South Africans have been accustomed to cruelty, neglect and indifference on the part of successive governments. The apartheid government reduced these brutalities to a fine art form, resulting in the system being declared a crime against humanity.

Regrettably, despite its ideological break from the apartheid past, the post-1994 democratic government has also demonstrated a level of cruelty, neglect and indifference that have been alarming.

There are a litany of examples. The HIV/AIDS denialist position of former President Thabo Mbeki was one. Another was the social welfare debacle in the Eastern Cape two decades ago when sustained service delivery failure due to incompetence and corruption led to great hardship for the poor and the elderly. Then there were the Marikana deaths when 34 miners were gunned down by police during a wage protest.

More recently arbitration hearings into the deaths of 144 mentally ill people have brought to light shocking cruelty, neglect and indifference on the part of government officials.

South Africans watching the hearings, which are being presided over by Justice Dikgang Moseneke, have been perplexed and horrified by the level of depravity. The patients died after being moved from an institution called Life Esidemeni to a number of NGOS, some of which weren’t legally registered.

What does this say about the health of South Africa’s constitutional democracy?

What happened to these patients and the conduct of the officials entrusted to make decisions about their welfare and to care for them is not just a case of the run of the mill negligence claim in common law. It goes to the heart of the country’s constitutional democracy. The preamble to South Africa’s Constitution boldly declares that everyone is equally protected by law. It states that the government is committed to improve the quality of life of all citizens.

How can a legal hearing like the Life Esidimeni arbitration fix the systemic issues within South Africa’s mental health care system, and the care of patients?

The answer lies in the decisions taken to bring the people responsible to book. Four options for possible action present themselves – criminal charges, common law claims for compensation, compensation for violation of constitutional rights and personal liability.

Depending on what option is pursued will determine whether or not South Africa sees a repeat of the tragedy.

First to criminal charges: can the political appointees, even those who have resigned, be charged criminally? The answer is yes. The South African Police and the National Prosecuting Authority are currently investigating the matter and criminal charges are likely to ensue.

But this won’t strengthen the constitutional rights of patients in similar situations in the future. To achieve this end, a few other options are available.

One is compensation. As the hearings concluded, Advocate Adila Hassim representing 63 families of the 144 patients said that an agreement had been reached with the government to pay R200 000 to each family.

Those families who choose not to accept the compensation offered may have further claims under the common law of negligence against the wrongdoers as well as the state for grossly negligent conduct and their failure to exercise due care.

But the egregiousness of this situation goes to the heart of the Constitution because it violates several rights. These include the right to life, dignity, safety, security, health, privacy, and not to be subjected to cruel, inhuman or degrading and treatment.

In his consideration of redress and compensation, Justice Moseneke should allow a claim for constitutional compensation or damages, one that stands on its own outside of the common law claims.

Such claims have been allowed elsewhere. For example, in 1996 the New York state’s highest court held that a free-standing constitutional tort should exist and compensation allowed. Until that point, the court had dismissed the notion that a constitutional tort (separate from a common law tort, like assault or negligence) could exist and authorised compensation only for common law torts committed by State government actors.

In South Africa the Constitutional Court has been reluctant to recognise damages for a constitutional violation. In a 1996 case the court denied a plaintiff, who had instituted a claim against the Minister of Safety and Security for damages arising from a series of assaults by police, the right to seek constitutional damages.

Another deterrent would be for the Gauteng Department of Health officials who made the decisions that led directly to the deaths of patients to be held personally liable.

The hearings led to consistent denials and obfuscations on the part of Gauteng Department of Health officials, including the former MEC, the Director and other senior officials. Justice Moseneke should reject those assertions. He should impose a meaningful deterrence on those who violated protections provided for under the constitution.

Forcing people to pay personal liability for constitutional damages would provide compelling incentives for enhanced training of officials and staff if there was the potential for monetary damages.

The abuse of mental health patients, hidden from view until now, should inspire civic engagement and action by government.

South Africa could look elsewhere for lessons in the care and protection of mental health patients. A detailed report commissioned by the Governor of New York six years ago set out a series of recommendation that South Africa should follow. The report’s recommendations included training officials and what steps should be taken in reporting and investigating abuse of patients in mental health facilities.