The French team is one hundred percent French 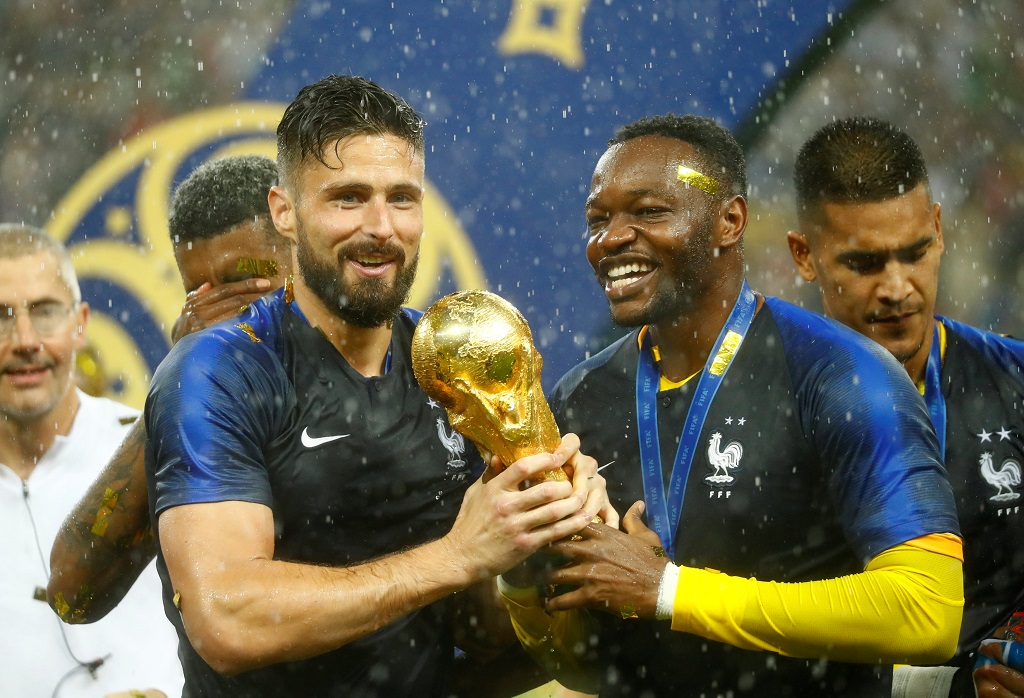 France's Olivier Giroud and Steve Mandanda celebrate with the trophy after winning the World Cup.

In the wake of France’s World Cup win, as well as during the weeks leading up to the exciting final, a debate has been raging about the appropriateness of commenting on how much France owes its national sporting pride to “immigrants”.

The commentary started with the clearly problematic observation that France spent the 19th Century colonising just the right African nations to build the best football team to carry them to their 2018 win.

While I get that this is a tongue-in-cheek comment, and was probably intended to highlight the fact that despite the rising tide of xenophobia in Europe, the union’s countries are strengthened by and, in many cases, celebrate the strength that comes with diversity. But it takes a lot of reading between the lines to extract that, so perhaps the comment is best not made.

It is best not made because, at face value, it seems to celebrate France’s colonisation of Africa as having a positive outcome. It’s kind of a “big up” to France for exploiting African land and African bodies. The commodification of Africans, as items worth having because of their stereotypical sporting physique and prowess, is deeply problematic – even if in making the point, you mean the exact opposite.

Then, there are the attempts to spell out the anti-xenophobia message a little more clearly. I’ve seen stats that 80% of the French team is African and 50% are Muslim, so cut out the xenophobia and islamophobia. “Africans and Muslims delivered you a World Cup, so deliver them justice” the post read.

While I agree wholeheartedly with the sentiment, I find that this seemingly “woke” observation contains a whiff of the very phobias it purports to combat. The French team is not made up of immigrants and foreigners. It is made up of French people. They might have been born in African countries, their parents might be from African countries, they might have brown skin, but by highlighting the fact that they are “other”, you are underscoring their lack of belonging, rather than deploring it.

Bejanmin Mendy was born in Longiumeau. Paul Pogba was born in Lagny-sur-Marne. N’Golo Kante hails from Paris. And Blaise Matuidi calls Toulouse his birthplace. How many generations deep must people go, how diluted must their skin colour be, before they can simply be called “French”?

In these cases, there’s a fine line between drawing attention to bigotry and propagating it. Because no matter how it’s spun, sometimes this kind of commentary simply reads, “Did you notice how many of the French players were black, Sharon?”

Someone who is not carefully toeing a fine line is Donald Trump. He’s happy to land squarely on the anti-immigrant side of the debate and embrace all the bigoted stereotypes that go with it.

He&39;s speaking to a far-right support base, both at home and abroad, who are anti-immigrant and anti-anything-that’s-not-white-and-Christian, and whipping them up into a frenzy of self-righteousness and hatred and dehumanisation.

While calling out the hypocrisies of people who think like this, yet celebrate France’s World Cup win, is important, perhaps rather than taking the opportunity to teach France a lesson, we could let them enjoy their moment of celebrating a team of French men – which is exactly what they are.