The long and short of South African school commutes: a case study 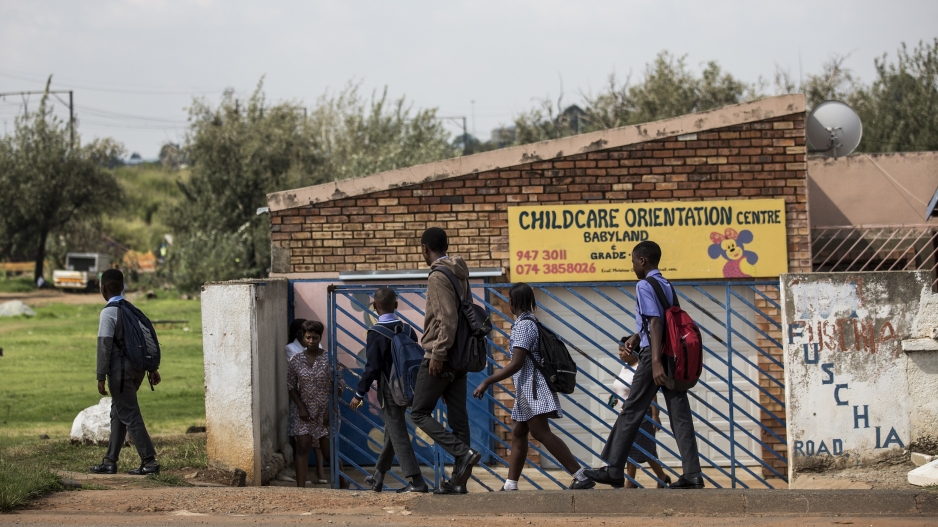 File: Over a third of pupils still travel more than 5 kilometres to school.

Education enables social mobility. This is particularly true in a context of high inequality and high unemployment, such as South Africa. This is one reason why some parents choose to send their children to schools further away from home - often at considerable financial and social costs.

Research about pupils’ commutes in Africa is still limited. But we do know that the journeys young people make to urban schools on the continent – and elsewhere in the world – can be quite long and complicated.

Using 2016 data from the Gauteng Department of Education, we mapped the percentage of pupils at each public school (primary and secondary) in Gauteng who travel more than 5km to their school. We found that pupils’ commutes were highly variable across schools.

Among our findings were that over a third of pupils still travel more than 5km to school. And the province’s peripheral areas have the highest percentage of children per school who are travelling long distances.

Gauteng has an admissions policy which demarcates a default feeder zone of a 5km radius around each school. The policy, which is currently being reworked and reviewed, prioritises pupils who reside within the 5km zone or those whose parents’ place of work is within the feeder zone.

But the quality of education – both actual and perceived – is highly variable across the province, and remains strongly shaped by the geography of apartheid. The current default 5km feeder zones substantially replicate apartheid geography.

These maps show that the proportions of pupils travelling more than 5km vary greatly across schools, ranging all the way from 0 percent to 100 percent of a school’s student body.

Some of this variation certainly relates to population density in the areas around a school. For example, outlying areas around Carletonville and Vanderbijlpark feature a number of schools where almost all pupils live more than 5 km from the school. By contrast, in densely populated areas, such as Pretoria, Tembisa, central Johannesburg and Soweto, schools have large numbers of pupils living within the 5 km radius.

These are the key trends we identified from our mapping:

Many factors at play

There are complex dynamics behind these patterns. They reflect decisions being made at many different levels by families and schools.

Families weigh multiple factors when choosing schools, and often do so in the face of incomplete or imperfect information. These factors include a school’s teacher-pupil ratio, its ethos and reputation, its facilities, the language of instruction, racial composition, and its proximity to their home or work.

And of course, different families may weigh the same factors differently. A school’s ethos may be more important for some parents and learners, while for others the language of instruction is more significant. The reality is that we simply don’t know how Gauteng’s parents make these crucial decisions – and what this means for the provision of equitable access to quality education.

That’s one of the questions we’re asking in our new research project, in which we’ll gather data from parents and pupils around Gauteng about their reasons for choosing particular schools.

There are many costs to travelling further to school. However, the disadvantages of not accessing quality education may be greater. For many families in Gauteng there is much at stake.

Parents and pupils in Gauteng can send messages or voice notes about their school choices and commutes via WhatsApp on 078 047 7272. All stories will remain anonymous but may be quoted in research related publications in the future.

This article was co-authored by Christian Hamann, a junior researcher at the Gauteng City-Region Observatory.