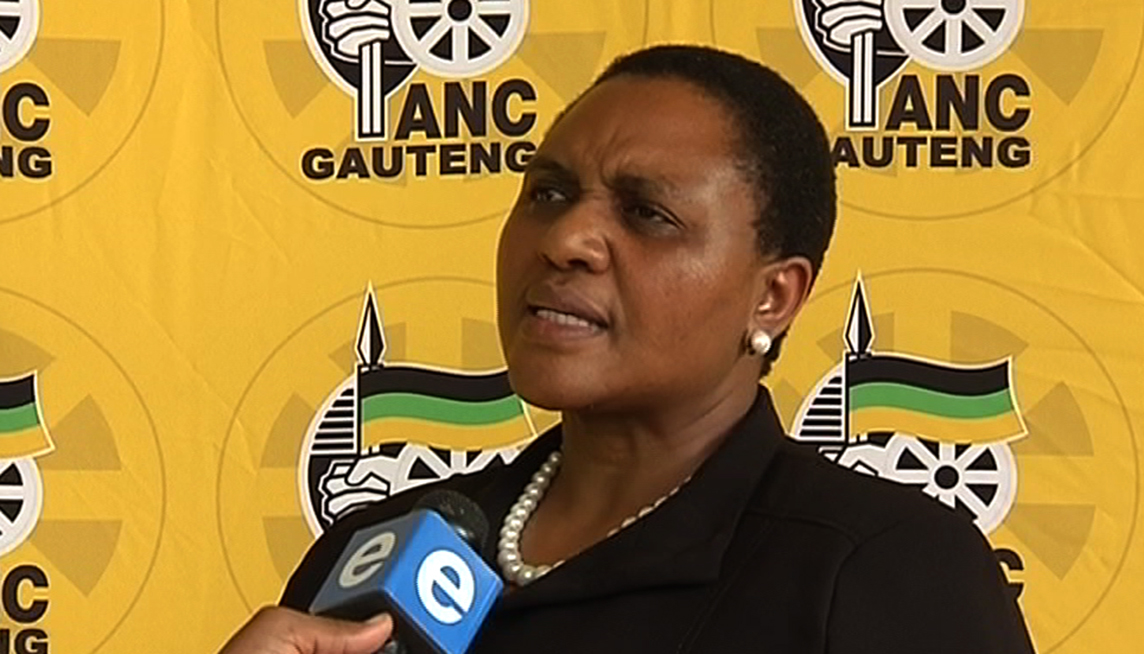 There have always been problems with ANC electoral lists in post-apartheid South Africa. There have been undercurrents of dissatisfaction since the earliest parliamentary lists of 1994, though they did not initially become public issues and there do not seem to have been significant electoral irregularities.

What has emerged in recent years, however, is widespread and open dissatisfaction with the conduct of the ANC’s internal branch elections and the distinct, but often connected, selection of candidates for electoral lists in various spheres of government. Some regional elections of the ANC have had to be repeatedly rescheduled. When they did happen, some defeated groups could not accept their defeat, but attributed it to irregularities such as votes cast by people who were ineligible to vote.

A lot is now at stake over who is elected to positions in ANC branches, regions and provinces. These tend now to translate into positions in government at various levels.

There were no immediate financial advantages attached to election in the ANC in the 1950s, in exile or in the immediate aftermath of unbanning. There was internal violence in the late 1950s associated with the rise of the PAC, but this was over control over certain ANC branches prior to the PAC breakaway. What these physical battles were about was not control of the limited resources the organisation then commanded, but the political direction the ANC would take.

What has emerged since the ANC became the ruling party is that election to an ANC position has become a route to a government position, connoting power and wealth. This usually means an income and, in a time of high unemployment and poverty, that income even for a relatively low-level councillor may be the difference between penury and some degree of comfort. At the very least, it means being able to stave off hunger for the councillor and many of the dependents that she or he may have.

As is well known, holding office at any level of government is also an opportunity to dispense patronage, to reward associates with contracts or to appoint people to remunerative positions. These range from modestly paid work at local levels to positions in state-owned enterprises or on their boards, which has sometimes meant huge incomes even for those serving in a part-time capacity. Some contracts have brought rewards of millions or even billions of rands and in some cases the work has never or not adequately been done. The Auditor General continues to report the misuse of funds, leading to very few municipalities receiving so-called clean audits, and huge sums remaining unaccounted for. Whether the denial of a clean audit is due to technical errors, not observing regulations or to fraud is not always clear, but patronage does often merge into illegality and fraud.

In the past six months, great instability and conflict have emerged within the ANC, leading even to murders. There are also apparently irreconcilable differences between winners and losers in some provincial elections, notably in KwaZulu-Natal where the conflict has run from the level of the premier and the provincial ANC leadership down to local government and to ANC regions and branches.

There have also been killings in other areas including Mpumalanga, North West and now Tshwane, apparently associated with electoral lists and the alleged abuse of processes.

The language used to describe the fear of attack is often that of gangsterism, with the ANC’s mayoral candidate for eThekwini speaking of “a hit being taken out” against her.

Last week saw a conflagration in the Tshwane region of the ANC caused by internal conflicts between contending leadership groups and the announcement of Thoko Didiza as a compromise candidate intended to neutralise the enmity between the existing mayor and chair of the region, Kgosientso “Sputla” Ramokgopa, and his deputy, Mapiti Matsene. Far from quelling the enmity, Didiza’s appointment led to killings, looting and burning with no certainty when it will stop.

The Minister of Intelligence, David Mahlobo, has in fact suggested that further violence is likely. Breaking from the normal practice of blaming the violence on outside political forces or criminal elements, he attributes this danger to conflict within the ANC and says party members may instigate further violence.

It is a pretty stiff task to expect Thoko Didiza to overcome the deep-seated enmity between groups within the Tshwane region and have them pull together as one to ensure that she and the ANC win in what has become a marginal area that the ANC may well lose.

What has become increasingly clear is that the selection of Didiza has disrupted what certainties there were about patterns of clientelism in South Africa’s capital city. Those who supported the present mayor, Sputla Ramokgopa, fear losing benefits through the election of his deputy. But with Didiza’s nomination new uncertainties arise for those who plan to benefit from ANC rule in terms of positions or tenders. Just as big business wants a predictable environment, so do beneficiaries of patronage and fraud.

The intensity of the conflict in various areas has been raised by high unemployment, the collapse of the rand and other factors leading to continued inflation, notably affecting household necessities. It has become a question going well beyond the ANC and one of survival, apparently, by any means necessary.

What has become clear is that the organisation does not enjoy authority. It may have power as the government of the day insofar as that can be wielded, but it does not have the authority that comes with trust. The ANC is now divided into warring groups fighting over loot. No one trusts anyone else. There is no overriding binding set of values that can be invoked to call anyone to order.

That starts at the top with President Jacob Zuma making it clear that he answers to no one and showing fidelity to none of the ethical values historically associated with the ANC. He does not appear to care what happens to the economy, whether or not his actions lead to further calamities similar to the collapse of the rand and bonds after the dismissal of Finance Minister Nhlanhla Nene last December. Zuma is single-minded in seeking benefits for himself and believes no cost is too great to be borne by others.

This is part of a broader depoliticisation of the ANC as the drive for spoils displaces political ideas. Insofar as there are policy debates, these tend to be relegated to government departments, which decide the best options to implement this or that. There are no longer serious ANC debates that excite people and have meaning for the character of the organisation.

There were once serious divisions in the ranks of the ANC and related organisations between "workerists", "populists" or "insurrectionists", and those more willing to negotiate or perceived by some to be more willing to make concessions to the apartheid regime. Now enmity may well be located between people who bear no discernible political difference.

In this context there are few if any leaders in the ANC or its alliance partners who command respect and can restrain those who burn and loot. They cannot because they are seen to be acting in a similar manner, but under the shield of their office.

In the United States, there is a resurgence of political debate associated with the Bernie Sanders campaign for the Democratic nomination. The rise of Jeremy Corbyn revitalised a left alternative within the British Labour Party. And in other parts of Europe, Spain’s Podemos and other movements elsewhere have raised political alternatives, albeit with varying success. In the past, the ANC also represented such an emancipatory alternative.

The phrase “talking truth to power”, whose origin may go back to the 18th century, is over-used in South Africa today. What we want is a power that embraces our emancipatory truth, a power that is born from all those who wish to recover and build on the promise of 1994. If we join together a range of forces from diverse sectors of our population, that power cannot easily be corrupted. Building that power is an urgent task. - Professor Raymond Suttner / Daily Maverick