Twenty years too late for the DA 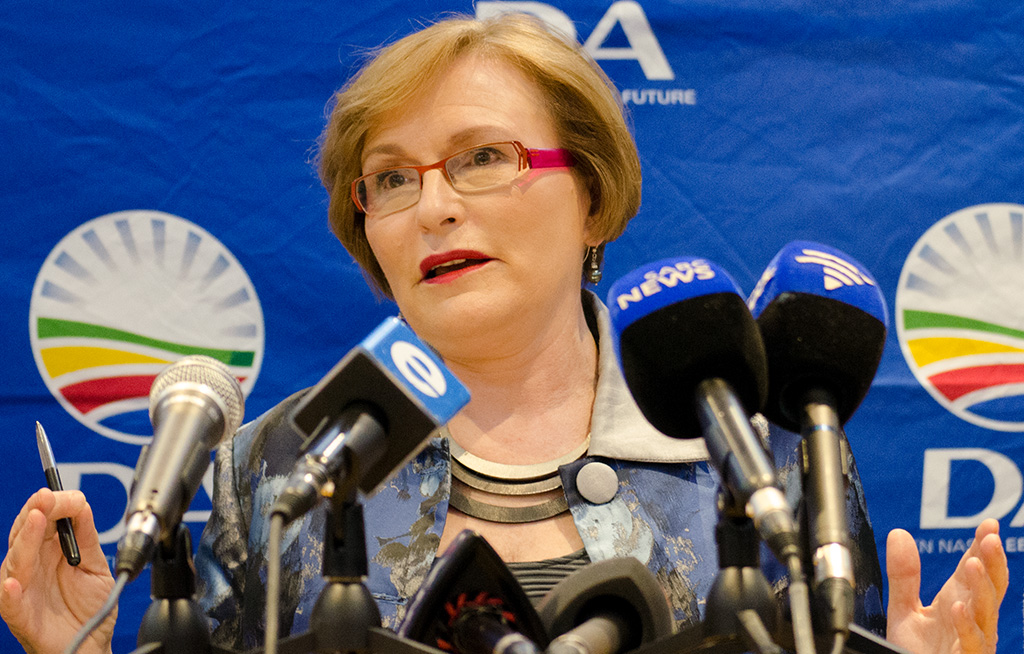 Democratic Alliance (DA) leader Helen Zille took the position of party leader in 2007 and announced she would not stand for re-election on Sunday, 15 April 2015.

Acknowledging that her party needs new blood, she steps down, leaving a clear succession run for its current Parliamentary leader, Mmusi Maimane. He is young, gifted and black, to borrow an old phrase - hallelujah! - and will take the DA into a glorious, non-racial future.

Except South Africa and its politics don’t work like that and Zille needs to look back into the past, not to the future, to understand why her scheme will fail.

In 1994, after our first democratic election, freshly-minted President Nelson Mandela invited then-leader of the Opposition and leader of the Democratic Party (forerunner to the DA) Tony Leon to join his Government of National Unity. Leon declined, arguing that he and his colleagues would be far more effective as a vocal, unfettered opposition than they would be if they occupied a handful of largely symbolic seats around an ANC-controlled cabinet table.

I wrote at the time that I thought Leon had made a fatal error. Our paths have crossed several times down the years since and occasionally we remind each other of that fact. Leon still adamantly believes he was right but the evidence unfolding now, with Zille’s departure and the almost certain election Maimane, reveals the depth of his misjudgement.

Mandela had many great qualities, but chief amongst them was his ability to understand the symbolic. Not for nothing did he place such great emphasis on reconciliation and that’s not just my observation, it came originally from Midrand Group member Songezo Zibi, interviewed in 2013 for an article in the magazine Acumen, which I edit. Zibi is now, of course, editor of Business Day, but Leon himself, in the same article, credited Mandela with “extraordinarily high levels of emotional intelligence”.

Think, for example, of the 1995 Rugby World Cup and the remarkable wearing of the No.6 Springbok jersey. To a nation - in this case, a largely white and Afrikaner nation - this was an enormous emotional gesture that has been written about, analysed frequently and even filmed. That it worked there is no question: a great gift, if you like, from South Africa’s new black leader to its white minority.

But Mandela needed similar gestures from the whites themselves, towards his government, but also towards the vast black majority, newly enfranchised but desperately short of wealth and skills. I think some members of the National Party that chose to join the Government of National Unity understood this - Roelf Meyer certainly did - but to the poverty-stricken masses, given the Nats’ history and background, this could only ever look like drowning rats leaping onto the nearest available life raft.

The gesture didn’t happen for the reasons outlined above. The door into Mandela’s government closed quickly and Leon became, at least to his followers, a very forceful and acerbic parliamentary opponent of the ANC. In due course, he was succeeded by Helen Zille, cut apparently from the same cloth: sharp-witted, not given to suffering fools gladly and a formidable exposer of ANC wrongdoing.

But - as has been pointed out many times - to the masses who elected Mandela, Mbeki and even Zuma, the emotional symbolism of the duo looked like nothing more than two very shrill, very rich white people trying to tell black people what to do. Just like so many other shrill white people over the past 350 years. When, with characteristic political acumen, EFF leader Julius Malema, calls Zille the “White Madam”, he’s touching a very exposed political nerve. As a result of Leon’s decision, the ANC itself has become implacable in its dislike, hatred even, of the DA.

Which brings us to Mmusi Maimane.

If I’m right, no amount of skilful parliamentary performances will save Maimane. The majority will perceive him as nothing more than the garden boy dressed up in the boss’s suit. Is that too crude, too harsh? If so, I apologise - let’s just say that he’ll be seen as controlled by the shadowy, rich whites who are held to run the DA. I’m not suggesting that he is - far from it! - nor that the DA is controlled by shadowy whites, but politics is always about emotions and perceptions and I do believe that that’s the way both will be seen.

Imagine for a moment what might have happened if Tony Leon had accepted Nelson Mandela’s invitation and decided to work with the ANC, rather than against it. We might not have escaped the beetroot-and-potatoes lunacy of Thabo Mbeki, but there’s a fair chance that we might have avoided Jacob Zuma.

Certainly, Mmusi Maimane would by now be emerging onto the political centre stage wearing a very different set of clothes - those of a Deputy Minister or even a Minister, perhaps? He’d be about to lead a party with a track record of working with government rather against it, and all of this in a very much less racially polarised and far more business friendly nation than we have now.