WeAreNotSorry for the struggle for economic freedom 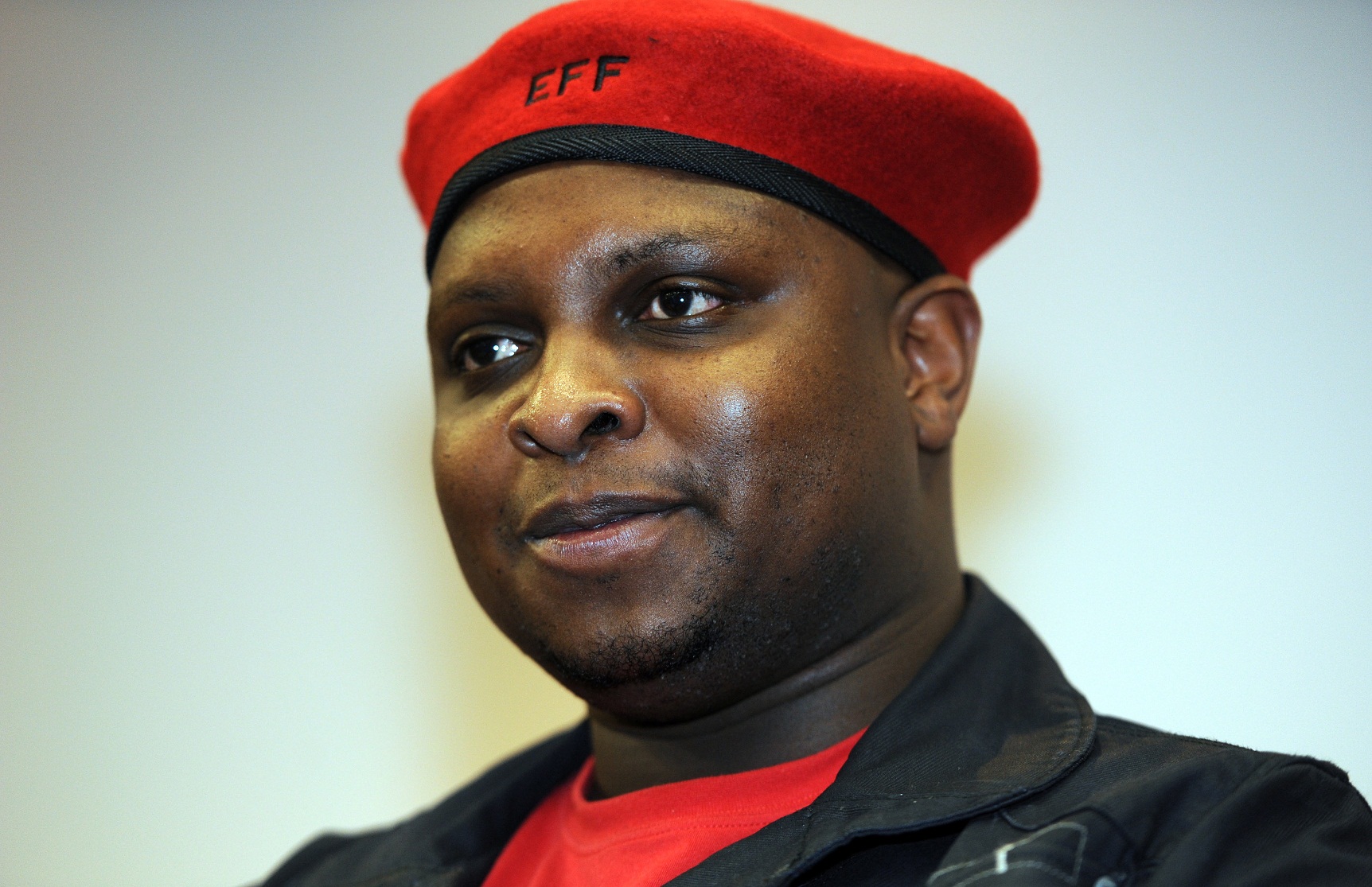 The recent congress of the former African National Congress Youth League (ANCYL), which is now effectively the ANC Youth Desk, confirmed the observations we made when we made the clarion call to Economic Freedom Fighters (EFF) to stand up and be counted in June 2013. During that period, we made the correct observation that the expulsion, suspensions and what would later became the dissolution of the ANCYL 24th national executive committee were part of a right-wing effort to illegally abort the struggle for economic freedom, which had been conceptualised by, canvassed for and had gained solid ground in the former liberation movement due to the current EFF leadership, notably its president and deputy president.

It is an open secret that the ideological and political characterisation of the struggle as the struggle for economic freedom gained inspiration from various political streams, including the militant and fighting generation of founders of the ANCYL, the Cuban July 26 Movement, and notable African revolutionaries such as Patrice Lumumba, Thomas Sankara and Amilcar Cabral. The political report to the ANCYL 24th congress by EFF president Julius Malema gave a clearer context. Perhaps we should do something uncharacteristic of revolutionaries, and state categorically that if it were not for the current president and deputy president of the EFF, the struggle for economic freedom would not have been conceptualised and have gained momentum in and outside the former liberation movement in the manner that it has.

We still carry vivid memories of the meetings, congresses, platforms and even writings in which the struggle for economic freedom was conceptualised and how it gained momentum. Those who claim that we plagiarised the concept have no political, organisational and ideological memory of where the struggle comes from. They waffle and spit self-contradictory slogans in the name of economic freedom with no recollection of where this comes from. It is understandable because some amongst them were flirting with the ideologically baseless and directionless Congress of the People, founded by a political elite which could not live with the otherwise electoral disaster of the 52nd ANC national conference in Polokwane.

The struggle for economic freedom is too enormous a struggle to leave it to ideologically shapeless and deformed organisations and self-seeking individuals, because it represents a turning point in the continued struggle for the total emancipation of the black majority and Africans in particular. The struggle for economic freedom and its original meaning is centred on the political determination of returning stolen land to the ownership of the people as a whole, without compensation. This pillar of the struggle for economic freedom was articulated with maximum clarity, even in the ANC, such that one of the charges against then ANCYL president and commander-in-chief of the EFF Julius Malema was that he said whites are land thieves. During this period, there was no form of ideological and political relationship with a section that later joined the EFF and refers to itself as bearers of black consciousness and land activists.

Another important pillar in the struggle for economic freedom is nationalisation of the mines and other strategic sectors of the economy. This pillar was our rallying call in the former liberation movement, which gained momentum and weight in the ANC. In its 3rd national general council in 2010, part of the ANC&39;s resolutions was that there was greater consensus on nationalisation of mines and other strategic sectors of the economy. There is no sober individual who can doubt the fact that this resolution came about as a result of the concerted ideological and political work of the current leadership core of the EFF. By the way, the commission that established great consensus on nationalisation of mines also resolved in principle that Section 25 of the Constitution should be amended to empower the state to expropriate land without compensation.

The ultimate isolation, suspensions and banishment of the ANCYL leadership was due to the fact that our generation wielded tremendous ideological and political influence over the former liberation movement, of course, to the discomfort of incumbents. Such isolation and banishments are not ahistorical because in political history establishments always banish and sometimes even assassinate revolutionaries who carry cogent ideas, such as Robert Sobukwe, Steve Biko, Sankara, and Lumumba. We were also not shocked that such banishment will happen, because when he closed the 24th national congress, Malema said: “Me and you, Floyd are not safe in the ANC.”. This reflected revolutionary foresight and a deeper understanding that the genuine pursuit of the struggle can turn allies into enemies of progressive change.

That we fought such a struggle in a politically and ideologically autonomous but organisationally dependent ANCYL presented contradictory opportunities in light of the intolerant leadership of the mother body, the ANC. When they conceptualised the struggle as &39;Freedom in our lifetime&39;, involved the masses, and took up arms against apartheid, the founding generation of the ANCYL, such as Nelson Mandela, were allowed by the then leadership to exist, and were not heavily suppressed with banishments despite the fact that &39;Freedom in our lifetime&39;, the Defiance Campaign and the armed struggle were not originally the political positions of the ANC. The autonomy of the ANCYL in that moment was clear.

Our unapologetic ANCYL understood this and specifically stated: “The autonomy of the youth league and generally young people in all revolutions is elementary to a revolution’s progress and success. Revolutions are by their very nature activities of young people, and marginalising young people merely into a preparatory arrangement within revolutionary movements stifles the political and ideological development of such movements. History proves that almost all, if not all, national liberation and revolutionary movements that do not have autonomous youth formations degenerate into insignificance with the passage of time.” This of course was never understood because the purpose of the liberation movement has been turned into defence of the economic elite and their appendages in political office, and, as on many other issues, history will absolve us.

The minions recently elected at the so-called 25th congress, which turned the once militant ANCYL into an ANC Youth Desk, carry no political, ideological and organisational capacity to give practical meaning to the struggle for economic freedom. This explains why the only significant memory and mark of the current crop of the ANC Youth Desk are commitments to expel those who disagree with them and raising three fingers in the sky as an indication of retention of the status quo, because the status quo benefits white monopoly capital, and their rapacious political principals, the looters of provincial governments whose aim is to loot as much as they can at the expense of our people. The minions are nothing but a militia hired to defend greedy and corrupt ANC politicians who continue to drain South Africa of the much-needed resources.