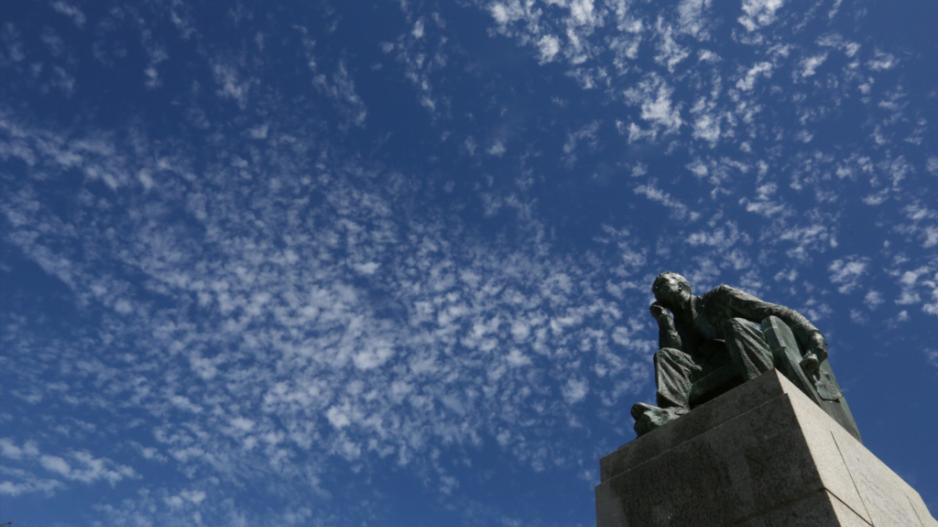 FILE. The statue of Cecil John Rhodes on the campus grounds of the University of Cape Town, pictured on March 18, 2015 in Cape Town.

The legacy of the British colonialist Cecil John Rhodes has sparked angry protests from Cape Town to Oxford. In the wake of the RhodesMustFall campaign, which resulted in his statue being removed from the University of Cape Town, students at Oxford have clamoured for another statue at Oriel College Oxford to be removed. Now the name of the Rhodes Scholarship, funded by the estate of Rhodes and handed out to international postgraduates to study at Oxford by the Rhodes Trust, is under attack.

In the latest development, a group of 200 international scholars have said that they took a Rhodes grant as a form of reparation, “knowing that Cecil Rhodes did not intend it for us when he wrote his will.“ Gemma Ware and Thabo Leshilo from The Conversation asked historian Professor Paul Maylam about what Rhodes actually said in his will.

Is it accurate to say that Rhodes was selective about who should be awarded scholarships?

Yes, this is accurate – in the past there was heavy discrimination in the award of the scholarships.

Rhodes&39; will specified that only males could be awarded Rhodes Scholarships. There was a clause in the will that stated that “race” should be disregarded, but Rhodes clearly viewed race in terms of the English/Dutch divide.

It was clearly his intention that scholars should be white. A black American Alain L Locke was awarded a scholarship in 1907, but thereafter there were virtually no black scholars until the 1960s.

It was only in 1977 that the first black South African was awarded a Rhodes Scholarship. In practice, too, for many years scholarships were only awarded to unmarried men. So I presume the 200 scholars are either women and/or black and/or married.

What views on white supremacy did Rhodes hold?

Rhodes was an ardent white supremacist, as revealed in a couple of his statements:

I say the natives are like children. They are just emerging from barbarism.

Treat the natives as a subject people as long as they continue in a state of barbarism and communal tenure; be the lords over them, and let them be a subject race.

What did Rhodes intend Oxford to do with the money he left it in his will?

Apart from the scholarships, Rhodes left money for Oriel College, where he had been a student over a number of years. The will stated that the £100 000 left should be used to expand the college’s buildings on to High Street (where the statue now stands on the faade of the extension), to support Oriel fellows, to maintain “the dignity and comfort” of the high table(!), and to fund the maintenance of the college’s infrastructure. There was nothing in the will to say that a building such as Rhodes House should be constructed in Oxford in his memory.

How have the terms of the Rhodes scholarship changed since he left Oxford the money?

There have been a number of changes in the criteria for selecting Rhodes scholars. Several years ago women, people of colour, and married persons became eligible. These changes were introduced gradually, mainly in the 1960s and 1970s. Rhodes had also specified in his will that sporting ability – or manliness – should be a criterion for selecting scholars. I believe this has largely fallen away.