What do we need after Zuma? 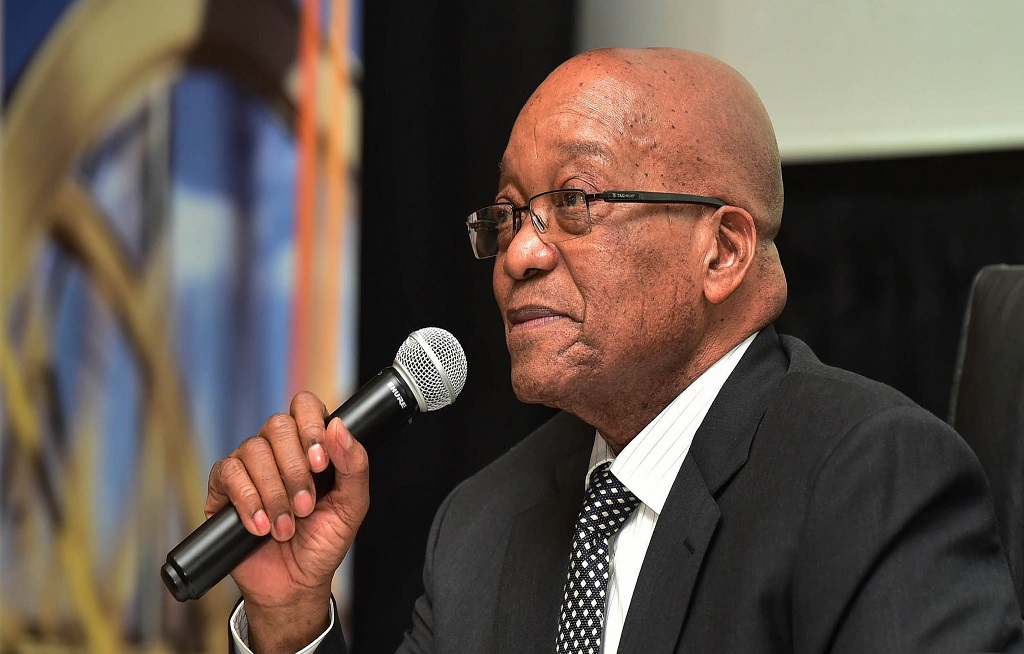 Important as corruption and state capture are as features of the Jacob Zuma presidency, they do not represent the only elements that need to be addressed now and in the period that follows, should the removal of Zuma be secured. It is also important that we do not succumb to a tendency to see the problematic features of Zuma to date from Nkandla and ignore the corrupt and other questionable features that were already present at the time of Zuma’s election as ANC president in 2007.

Amongst some of those within the ANC-led alliance who now call for his removal there is also a tendency to erase the significance of Zuma’s predilection for violence, his hyper patriarchy and very conservative and essentialist cultural representations and his ethnic chauvinism. (By essentialist I refer to the belief that there are given, invariable, unalterable qualities attaching to a people or a culture or similar phenomena, in Zuma’s case usually meaning the most patriarchal versions of such culture.)

This ethnic chauvinism was manifested outside the courtroom in Zuma’s rape trial but it was also an undertone in the pre-Polokwane phase as well as the style with which he campaigned before and during the conference.  This was not simply divisive phrases but included allusions to the violence of the 1980s when part of the language of campaigning included that there would be war or bloodshed if he were not elected.

There is rising opposition to the presidency of Jacob Zuma and the possibility has become stronger that he may be removed from office and/or that his successor will not be one that he has anointed. For this reason many eyes are focused on the ANC succession and whether or not a Zuma-friendly candidate will be elected in December.

Despite the increased opposition to Zuma from many who are or have been within the ranks of the ANC, it is not clear that these alternative forces are preparing for a presidency and government that adequately identifies the problems of the present and what consequently needs to be remedied. Some of the features are certainly identified. But the forces opposing Zuma are generally not enunciating a vision that draws lessons from all of the problematic elements of this period, the qualities of Zumaism that make a substantial difference to the lives of many of our inhabitants.

I completely support moves to remove Zuma before his term of office as State and ANC president expires, if that becomes possible.  Having him out of the way is an important step towards setting our country on a course that respects constitutionalism and democratic rights and where state funding required for development will be less likely to be squandered on private enrichment.

Given that there is widespread looting it may be stopped or limited especially if someone opposed to Zuma replaces him.  It may create the space for a truly independent enquiry into corruption and state capture that leads to prosecution of wrongdoers, probably including Zuma himself.

Since the state is not only being pillaged but is also in disarray, any change that may regularise governance must be supported.  But we need to map out what is required beyond restoring the rule of law in order to remedy the multiple forms of damage that has been done to our social fabric and our cultural and intellectual life.

If we restrict the problems of the Zuma era to that of corruption and state capture and render other questions invisible, we are doomed to continue with these practices in the future.  We cannot underrate the importance of clean government.  But we need to be clear what we need in order to have a leadership and system of governance and social and political conduct that represent a model we can advance for young people to emulate in their lives.

Many of those who now want Zuma removed were themselves involved in varying degrees in advancing his candidature.  They advanced him as a popular candidate, a man of the people, instead of Thabo Mbeki, who was said to distance himself from ordinary people.  Anyone can make mistakes but have they admitted not only to the mistakes but also to what was false in what they claimed?  Have they taken responsibility for their own contribution to the state of affairs that we now confront?

Those who supported Zuma knew that this attribution of sympathy for common people was a false claim- that it had little basis in his political history as a leader.

They also knew that they were advancing the candidacy of a person whose ethics were very problematic.  He was facing 783 charges of corruption. Even when these charges were withdrawn it was not because the alleged crimes had not been committed but that the process was supposed to have been interfered with. The prosecution was allegedly so tainted by the interventions attributed to former NDPP head Bulelani Ngcuka and former investigator Leonard McCarthy -over the date when the prosecution would be brought- that the trial could not proceed. This decision made by then Acting Director of the NDPP, Mokotedi Mpshe has been set aside by the North Gauteng High Court although Zuma and the NPA are appealing the ruling.

But his supporters knew that the taint of corruption hung over Zuma not only at that time but even before then from the findings of the Shabir Shaik trial.  Yet an alliance of forces, including those on the left foisted Zuma onto us.  It is no exaggeration to suggest that they represented Zuma as having qualities that were not part of his make up in order to secure support for his candidacy.

They also knew that his ideological orientation did not differ substantially from Mbeki’s so called “1996 class project” but they projected him as providing an opportunity for a new beginning.  They did this even though they knew he had withdrawn from the SACP in 1990.  He had never raised objections to policies of the Mbeki era, and most of these macroeconomic policies have been continued under Zuma’s leadership.

Many of those who supported his rise, on this basis that concealed what they knew from the public, have now turned on Zuma. It is supposedly resulting from Nkandla and the more serious question of state capture. By dating this disaffection from the Nkandla scandal implies that he was without blemish before then and legitimises their condoning his involvement with the corrupt practices of Shaik and the 783 charges that he has not yet had to answer.

In focusing on the need to remove Mbeki, because of his supposed tendency to centralisation the evidence of Zuma’s corruption known at the time of Polokwane was treated as irrelevant.  But there were other features of Zuma’s political persona that were erased.

We know that South Africa is one of the most violent countries on earth.  To what extent did his supporters gloss over Zuma’s conduct that could provide an umbrella under which violence could thrive?  Insofar as violence is almost entirely masculine violence Zuma’s hyper patriarchy would provide an environment where violent masculinities would thrive and which opened the way for political violence both against the breakaway COPE movement in the 2009 elections, the discourse of “shoot to kill” and more recently within the ANC itself.

The time of Zuma’s rise as a presidential contestant included his rape trial, which paradoxically was used as a basis for rallying support for him.  In this case, his mode of defence was not only battering of the complainant but the entire trial was surrounded by violent representations – threats to the complainant outside and inside the court and a mode of defence that amounted to battering of the woman referred to as “Khwezi”.  Each day of the trial was followed by singing umshini wam, (bring me my machine gun!).  This represented militarism as well as the gun being a phallic symbol.  This was supported by many of those who are now calling for Zuma’s removal, dancing with him every day.

Have these people reflected on the rape trial? There is no evidence that they see anything wrong in their support, indeed collusion in what was done there, that contributed to the climate we continue to have that is unsympathetic to rape survivors.

Another significant element in the trial and afterwards was the emergence of Zulu chauvinism in the support for Zuma who- outside the courtroom was referred to as being “100%Zulu”. This and other ethnic manifestations evoked no distantiation from Zuma or his supporters, (some of whom have now turned opponents), then or now. This despite such sentiments running contrary to founding principles of the ANC.

There has been evidence to the effect that controversies and scandals around Zuma have cost the ANC electoral support, notably during the local government elections. To what extent is current opposition motivated by a desire to avoid electoral defeat and consequent loss of positions?  This may explain why adequate lessons have not been drawn from the past.  It is, consequently, important for those of us who do not have a personal stake in the sense of depending on the ANC’s electoral performance for our wellbeing, to ensure that the broader lessons of Zuma’s presidency are instilled in those who want to bring about change.   In other words, we need a future that is free of corruption and state capture, based on mutual respect, free of cultural chauvinism and violence, in general and specifically against women, children and LGBTI Q+ people.  We also need cultural questions to be opened to debate and not silenced on the basis of patriarchal pronouncements of the president or any other person.

We cannot rebuild our democracy without frank acknowledgement of what has gone wrong in all its dimensions.  We need to move on. But for those who have suffered in this period that cannot happen unless the wrongs committed are honestly admitted and steps are, consequently, taken to prevent their recurrence.

Raymond Suttner is a scholar and political analyst. Currently he is a Part-time Professor attached to Rhodes University and an Emeritus Professor at UNISA.  He served lengthy periods in prison and house arrest for underground and public anti-apartheid activities.  His prison memoir Inside Apartheid’s prison has recently been reissued with a new introduction covering his more recent “life outside the ANC by Jacana Media. He blogs at raymondsuttner.com and his twitter handle is @raymondsuttner.