Time to put the brakes on SA's big drinking 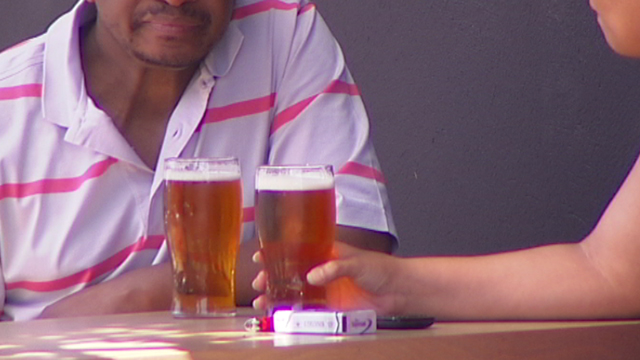 Johannesburg, 31 december 2014 - New Year celebrations are upon us and alcohol is a common factor during this time. Studies show that the Free State has the highest alcohol prevalence rate followed by Gauteng and the Northern Cape.

Susan Goldstein, University of the Witwatersrand

Globally, there has been an increase in the amount of alcohol being consumed. Research suggests that this trend is driven by an increase in drinking in India and China. In Africa, the alcohol consumption trend has not increased since 2006.

South Africa, however, has some of the worst drinking habits in the world. While only 60% of South Africans drink alcohol – higher than the worldwide average of 52% – the level of alcohol consumed amounts to each citizen drinking between ten and 12.4 litres of pure alcohol a year. Worldwide consumption is, on average, 6.2 litres.

Alcohol is estimated to cost South Africa R37.9 billion annually. This includes costs around health care, crime and social welfare, alcohol treatment and prevention and road traffic accidents. And this does not include intangible costs such as premature morbidity, morality and absenteeism from work.

Alcohol is a legal substance, used in a reasonably safe manner by some South Africans. It is also an industry that creates employment along the value chain. The question the country faces is: how can the harm associated with alcohol be mitigated?

According to minister’s discussion paper there are more than 230,000 liquor outlets across the country and South Africans consume more than five billion litres of alcohol each year. Foetal alcohol syndrome cases in South Africa increased from between 41 and 46 for ever 1000 children in 1997 to between 75 and 74 for every 1000 children in 1999. Separately, 46% of people who died in accidents had alcohol in their bloodstream, equal or above the legal drinking limit.

Globally, there are a basket of interventions that have shown to decrease the harmful use of alcohol. These include:

According to the World Health Organisation, these three intervention are considered “best buys” as they are highly cost-effective in reducing alcohol-attributable deaths and disabilities.

In addition, changing how alcohol is sold can also mitigate harm. For example, selling food where alcohol is sold, serving soft drinks and water in addition to alcohol and ensuring adequate lighting, space and security all decrease incidents of violence. Refusing to serve drunk people has also been found to mitigate the harm of alcohol.

What would work in South Africa

In South Africa, similar interventions could be beneficial on many fronts, especially as the interventions are aimed at decreasing alcohol consumption and changing drinking behaviour.

The challenge for South Africa is that there are both regulated and unregulated alcohol outlets on every corner, and often near every school. The drunkenness spills out into the street, with violence hovering over ordinary people’s lives. Drinking places are unsuitable for children to live near, but that is exactly where they live and go to school.

Many argue that given the high number of unregulated outlets it would be impossible to police safer drinking places. Raising the cost of alcohol, which is also a very effective way to decrease adolescent drinking, and earmarking that money for alcohol control could be a way this to solve this.

Increasing the age at which a person can legally drink is an excellent option in a country where there is such a high road accident morbidity and mortality of drivers and pedestrians. The lethal combination of getting a driver’s licence and drinking alcohol is best delayed until the brain is a bit more mature.

And restrictions on advertising and sponsorship would go a long way to contributing to the denormalisation of drunkenness in our society – something that has to be done to create a society in which alcohol doesn’t wreak the havoc it does in South Africa.

The power of the industry

The alcohol industry has a direct interest in increasing the amount of alcohol consumed. It argues that it is each person’s responsibility to decrease harm around alcohol.

The industry is also behind a number of campaigns aimed at reducing the harmful effects of alcohol consumption. But some are directed at the wrong problem while others are misplaced.

For example, its contribution to educating people around the harmful effects of alcohol takes the form of promoting the dangers of underage drinking, foetal alcohol syndrome and drinking and driving. But these interventions account for less than 25% of alcohol-attributable harm in South Africa – and will not affect their bottom lines.

The industry focuses on foetal alcohol syndrome by promoting messages that pregnant women should not drink. But it is missing the point. The greatest harm that alcohol does to the foetus is in the first eight weeks of a pregnancy when most women are not aware that they are pregnant. To address foetal alcohol syndrome, binge drinking among young girls and women needs to decrease. And the use of contraception should be promoted.

While the focus on drinking and driving will mitigate harm, the “designated driver approach” suggests that drinking too much is accepted as long as you do not get behind the wheel. Many advertisements normalise this behaviour.

Despite these campaigns, the industry pours huge amounts of money into sports sponsorship through rugby, soccer and cricket. Various teams are sponsored by South African breweries. It has also invented alcopops to persuade young people – particularly boys – that alcohol is desirable.

The reality is that South Africa must take steps to address alcohol-related harm. This can improve safety at the population level as well as redirect much needed resources to the fiscus.