Why are young people still having illegal abortions? 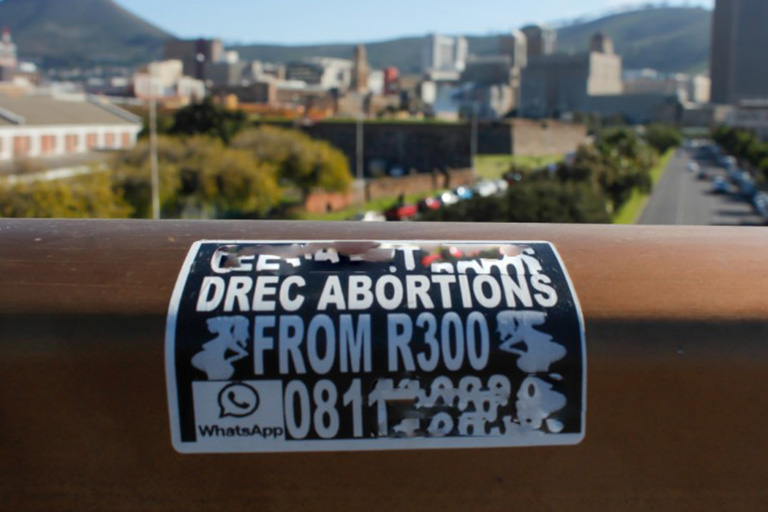 Cape Town, 22 July 2015 - Despite pregnancy termination having been legal for almost two decades in South Africa, over 50% of women choose dangerous backstreet abortions over the free procedure offered by public hospitals.ee

CAPE TOWN - Abortions have been legal for 19 years in South Africa, yet many women still choose backstreet clinics to terminate their pregnancies.

In a 2014 article from The Times online, titled Abortion hacks still kill SA, it says: “Illegal abortions in Southern Africa are estimated at between 52% and 58% of the total.”

We spoke to a nurse to find out why young women in South Africa still choose the unsafe option and called two illegal abortion clinics undercover to reveal what goes on there.

Why have an illegal abortion?

A nurse at a youth center in Masiphumelele near Fish Hoek, who would prefer to remain anonymous, claims that the reason some young women opt to have an illegal abortion is because of the fear of being spotted at a clinic or hospital.

“They are scared of being seen by either family members or those that know them. They are also afraid of the judgmental things the nurses will say or ask.” The service at illegal abortion clinics is quick and private, she added.

A study in a 2014 issue of The South African Medical Journal, titled Why aren’t women getting safe abortions?, confirms the nurse’s claims. It talks about “a fear of ill treatment by facility staff and lack of confidentiality, long waiting lists and ambiguity surrounding rights to, access to and availability of services (particularly in restricted rural areas)”.

Under the Choice of Termination Act an abortion may be performed up to the third month or 13th week of the pregnancy.

According to the act, after the 20th week or fifth month, an abortion can only be performed if the “medical practitioner or a registered midwife is of the opinion that the continued pregnancy would endanger the woman’s life, would result in a severe malformation of the foetus or would pose a risk or injury to the foetus.”

Having an abortion is free at public hospitals, but one has to get a referral letter from a local clinic.

The bloody truth of illegal clinics

I decided to find out what happens at these abortion clinics. I found a poster pasted on a municipal bin outside the Cape Town train station, reading “Drec abortions from R300” and called the number supplied, pretending to be a woman wanting an abortion.

I told the man who answered the phone that I was six months pregnant and needed to get rid of the baby. “Can I do it?” I asked. “Yes,” he replied. “You can do it up to seven-and-a-half months.”

When I asked him about the price, he told me it would cost R450. I then enquired about the procedure. He said first I would have to drink three pills. “The pills do everything and after two hours you’ll start ‘menstruating’, which will take as long as you do when have your normal period.”

He was very reassuring when I told him that I was scared. “What if something goes wrong,” I asked. “You mustn’t worry, nothing will ever go wrong.” He said when I was ready I should just call and he would give me the address of their location.

The second clinic I called was also answered by a man, who told me that I would need to bring sanitary towels. “You will drink a pill, some things will be put in your private parts. Afterwards drink warm stuff. Lots of warm stuff. Then you will have a heavy period that will have blood clots. Then the abortion will be done.”

Many women bleed to death after these procedures, says the nurse from Masiphumelele youth centre.

Marie Stopes, a sexual and reproductive health clinic, mentions other dangers such as “severe bleeding, tearing of the cervix, severe damage of the genitals and abdomen, internal infection of the abdomen and blood poisoning”.

What can be done to save young women?

“They would not have to wait in long queues, eliminating their fear of being spotted by people who may know them.” And the nurses and professionals at these types of centers would be less judgemental and more understanding to a young woman making one of the most difficult choices in her life.