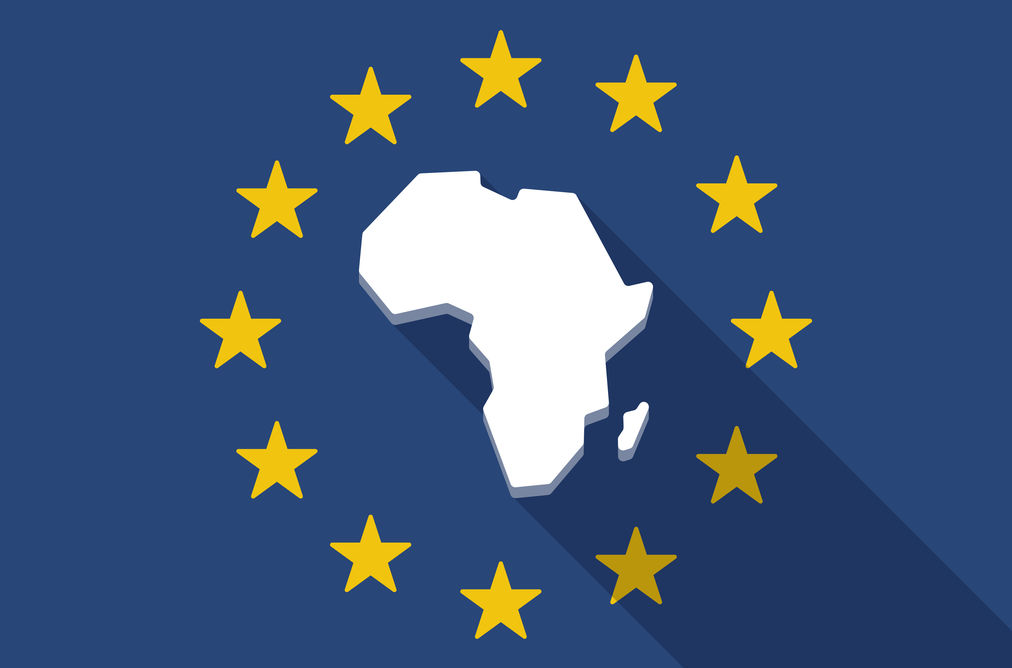 Africa will feel the loss of the EUs influence in its relationship with Britain.

LONDON - The fallout from the UK referendum that ended in victory for those wanting the country to exit from the European Union (EU) is still reverberating around the world. But what does it mean for Africa?The decision will fundamentally affect the continent’s relationship with Britain. It will have an impact on trade, aid and diplomacy. And, with Britain going it alone, the moderating influence of the EU will be lost. The EU offers an important commitment to internationalism, social freedoms, human rights and inclusive global development, and the UK has contributed to this positioning. The split will be immensely damaging for all parties.

The Brexit campaigners argued for “taking back control” of aid and trade. But in a globalised world, this small island mentality is absurd. Britain thankfully no longer rules the waves, nor has vast swathes of the globe as colonies under its control. But sometimes the rhetoric suggests it does – or should do. This is, of course, naive and arrogant, and betrays an extraordinary lack of understanding of contemporary global political economy.

Baffled by this madness, Chinese official commentary put it nicely: Britons were “showing a losing mindset” and becoming “citizens of a nation that prefers to shut itself from the outside world”.

The UK is an important trading partner with the continent, and deals with the EU govern much of this. Only this month an EU Economic Partnership Agreement was finalised with the Southern African Development Community, allowing free trade access to Europe for some countries. Now all these arrangements have to be renegotiated bilaterally with each of the other 162 World Trade Organisation members. It will be a slow and costly readjustment, creating much uncertainty.

Then there is aid. The UK has been a substantial contributor to the EU aid programme, providing €2 billion, including 14.8% of the European Development Fund. While I would be the first to admit that not all of this was effective or efficient, it has allowed a broader mandate than the increasingly narrow focus of the UK aid spend. And the UK influence on the portfolio has always been important.

But perhaps more important than the flows of cash is the influence of the UK on European development debates. Whether through the government or NGOs, think-tanks or research institutes, the UK has always added to the discussion about, for example, the impact of EU domestic farm subsidies on African agriculture or the importance of debt cancellation in the poorest countries. This has been particularly so since the establishment of the UK Department of International Development in 1997 and the G8 Gleneagles summit agreement in 2005, and a commitment – amazingly across governments of different political hues – to a progressive aid agenda, particularly in Africa. This role in European positioning globally will be much missed.

The UK’s diplomatic “soft power” has been often exercised most successfully through the EU as part of a joint commitment to change – whether around issues of conflict, migration or development. This allowed a common voice, and a more measured position. This is certainly the case in Zimbabwe, for example. With, until recently, serial failures of UK diplomacy, the EU has provided a useful bridge and a more effective approach to engagement through a succession of EU ambassadors to the country who did not carry the colonial baggage of the UK Foreign and Commonwealth Office. This will be sorely missed, and not only in Zimbabwe.

The UK voters who pushed for Brexit were worried about jobs, livelihoods and immigration. Those who will lead the country as a result do not have these concerns at the centre of their agenda. They have a vision of free trade and further economic liberalisation: exactly the processes that will undermine yet further the poor and marginalised who voted to leave. This is the tragic contradiction of the “democratic” result, and will lead to more strife into the future.

A cross-party and sustained commitment to internationalism, social democratic freedoms, human rights and inclusive global development, as enshrined in the Sustainable Development Goals, may not survive this sea-change in political fortunes in the UK. The racist slogans and posters and the narrow nationalism that dominated the campaign reveal an uglier side to British (perhaps English) politics, most shockingly shown in the political murder of parliamentarian Jo Cox – a passionate campaigner for more progressive views on social justice and development.

Who takes over in the UK following the resignation of Prime Minister David Cameron really matters. Not just in the UK, but in Africa too. Everyone should be very worried about the upcoming shift in leadership. We don’t yet even know the candidates, but the political opportunist Boris Johnson is at the head of the race.

Johnson’s attitudes to Africa can only be described as backward and colonial. His slur on US President Barack Obama revealed much. His tales of his holiday in Tanzania frame Africa as a last wilderness, threatened by growing African populations, and could have come from a colonial explorer from the 19th century. His rants on Zimbabwe betray a shallow understanding of history and politics and, as one commentator described it, an “obnoxious and overbearing British imperialist mentality”. His political prejudices are clear: it is not good news.

The chaos in the global markets provoked by this crazy populism will take time to stabilise, and will affect the poorest more than the rich. And the nasty side of British politics, rejecting a progressive internationalism, will undermine the UK’s standing in the world.

We will all be poorer because of Brexit, including in Africa.

This post, written by Ian Scoones, appeared on Zimbabweland.