Why do human beings speak so many languages 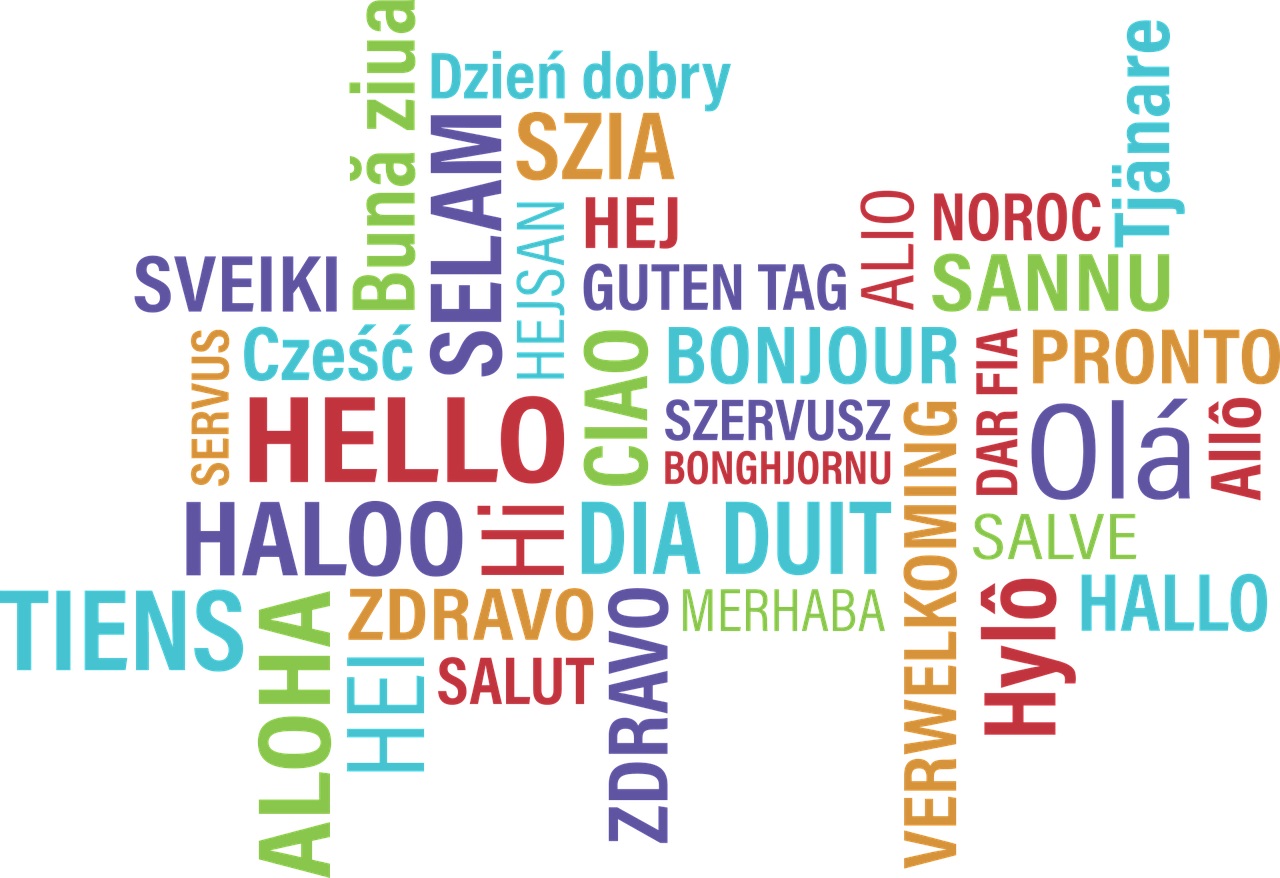 File: People dont speak one universal language, or even a handful. Instead, today our species collectively speaks over 7,000 distinct languages.

The thatched roof held back the sun’s rays, but it could not keep the tropical heat at bay. As everyone at the research workshop headed outside for a break, small groups splintered off to gather in the shade of coconut trees and enjoy a breeze. I wandered from group to group, joining in the discussions. Each time, I noticed that the language of the conversation would change from an indigenous language to something they knew I could understand, Bislama or English. I was amazed by the ease with which the meeting’s participants switched between languages, but I was even more astonished by the number of different indigenous languages.

Thirty people had gathered for the workshop on this island in the South Pacific, and all except for me came from the island, called Makelua, in the nation of Vanuatu. They lived in 16 different communities and spoke 16 distinct languages.

In many cases, you could stand at the edge of one village and see the outskirts of the next community. Yet the residents of each village spoke completely different languages. According to recent work by my colleagues at the Max Planck Institute for the Science of Human History, this island, just 100 kilometres long and 20 kilometres wide, is home to speakers of perhaps 40 different indigenous languages. Why so many?

We could ask this same question of the entire globe. People don’t speak one universal language, or even a handful. Instead, today our species collectively speaks over 7,000 distinct languages.

And these languages are not spread randomly across the planet. For example, far more languages are found in tropical regions than in the temperate zones. The tropical island of New Guinea is home to over 900 languages. Russia, 20 times larger, has 105 indigenous languages. Even within the tropics, language diversity varies widely. For example, the 250,000 people who live on Vanuatu’s 80 islands speak 110 different languages, but in Bangladesh, a population 600 times greater speaks only 41 languages.

Why is it that humans speak so many languages? And why are they so unevenly spread across the planet? As it turns out, we have few clear answers to these fundamental questions about how humanity communicates.

Some ideas, but little evidence

Most people can easily brainstorm possible answers to these intriguing questions. They hypothesize that language diversity must be about history, cultural differences, mountains or oceans dividing populations, or old squabbles writ large – “we hated them, so we don’t talk to them.”

The questions also seem like they should be fundamental to many academic disciplines – linguistics, anthropology, human geography. But, starting in 2010, when our diverse team of researchers from six different disciplines and eight different countries began to review what was known, we were shocked that only a dozen previous studies had been done, including one we ourselves completed on language diversity in the Pacific.

These prior efforts all examined the degree to which different environmental, social and geographic variables correlated with the number of languages found in a given location. The results varied a lot from one study to another, and no clear patterns emerged. The studies also ran up against many methodological challenges, the biggest of which centered on the old statistical adage – correlation does not equal causation.

We wanted to know the exact steps that led to so many languages forming in certain places and so few in others. But previous work provided few robust theories on the specific processes involved, and the methods used did not get us any closer to understanding the causes of language diversity patterns.

For example, previous studies pointed out that at lower latitudes languages are often spoken across smaller areas than at higher latitudes. You can fit more languages into a given area the closer you get to the equator. But this result does not tell us much about the processes that create language diversity. Just because a group of people crosses an imaginary latitudinal line on the map doesn’t mean they’ll automatically divide into two different populations speaking two different languages. Latitude might be correlated with language diversity, but it certainly did not create it.

Can a simple model predict reality?

A better way to identify the causes of particular patterns is to simulate the processes we think might be creating them. The closer the model’s products are to the reality we know exists, the greater the chances are that we understand the actual processes at work.

Two members of our group, ecologists Thiago Rangel and Robert Colwell, had developed this simulation modeling technique for their studies of species diversity patterns. But no one had ever used this approach to study the diversity of human populations.

We decided to explore its potential by first building a simple model to test the degree to which a few basic processes might explain language diversity patterns in just one part of the globe, the continent of Australia.

Our colleague Claire Bowern, a linguist at Yale University, created a map that shows the diversity of aboriginal languages – a total of 406 – found in Australia prior to contact with Europeans. There were far more languages in the north and along the coasts, with relatively few in the desert interior. We wanted to see how closely a model, based on a simple set of processes, could match this geographic pattern of language diversity.

Our simulation model made only three basic assumptions. First, populations will move to fill available spaces where no one else lives.

Second, rainfall will limit the number of people that can live in a place; Our model assumed that people would live in higher densities in areas where it rained more. Annual precipitation varies widely in Australia, from over three meters in the northeastern rainforests to one-tenth of a meter in the Outback.

Third, we assumed that human populations have a maximum size. Ideal group size is a trade-off between benefits of a larger group (wider selection of potential mates) and costs (keeping track of unrelated individuals). In our model, when a population grew larger than a maximum threshold – set randomly based on a global distribution of hunter-gatherer population sizes – it divided into two populations, each speaking a distinct language.

We used this model to simulate language diversity maps for Australia. In each iteration, an initial population sprung up randomly somewhere on the map and began to grow and spread in a random direction. An underlying rainfall map determined the population density, and when the population size hit the predetermined maximum, the group divided. In this way, the simulated human populations grew and divided as they spread to fill up the entire Australian continent.

Our simple model didn’t include any impact from contact among groups, changes in subsistence strategies, the effects of the borrowing of cultural ideas or components of language from nearby groups, or many other potential processes. So, we expected it would fail miserably.

Incredibly, the model produced 407 languages, just one off from the actual number.

The simulated language maps also show more languages in the north and along the coasts, and less in the dry regions of central Australia, mirroring the geographic patterns in observed language diversity.

And so for the continent of Australia it appears that a small number of factors – limitations rainfall places on population density and limits on group size – might explain both the number of languages and much of the variation in how many languages are spoken in different locations.

But we suspect that the patterns of language diversity in other places may be shaped by different factors and processes. In other locations, such as Vanuatu, rainfall levels do not vary as widely as in Australia, and population densities may be shaped by other environmental conditions.

In other instances, contact among human groups probably reshaped the landscape of language diversity. For example, the spread of agricultural groups speaking Indo-European or Bantu languages may have changed the structure of populations and the languages spoken across huge areas of Europe and Africa, respectively.

Undoubtedly, a wide variety of social and environmental factors and processes have contributed to the patterns in language diversity we see across the globe. In some places topography, climate or the density of key natural resources may be more critical; in others the history of warfare, political organisation or the subsistence strategies of different groups may play a bigger role in shaping group boundaries and language diversity patterns. What we have established for now is a template for a method that can be used to uncover the different processes at work in each location.

Language diversity has played a key role in shaping the interactions of human groups and the history of our species, and yet we know surprisingly little about the factors shaping this diversity. We hope other scientists will become as fascinated by the geography of language diversity as our research group is and join us in the search for understanding why humans speak so many languages.