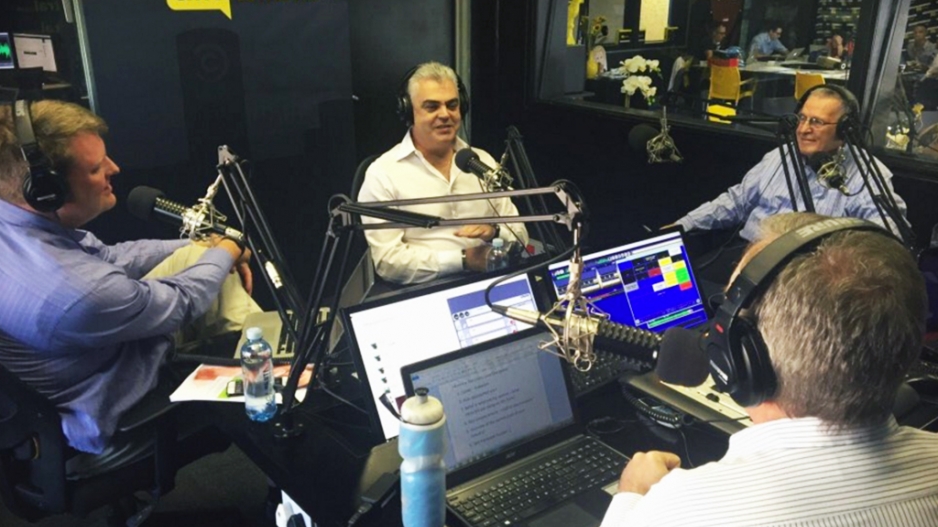 By now, most of South Africa has heard about how Jose dos Santos, the CEO of Cell C, in an interview on Cliff Central, said some problematic things about women in the workplace.

In case you missed the furore, this is what went down: He started out OK, saying that he hoped a woman would succeed him as CEO. Sterling stuff. But then he kind of lost his way and proceeded to offer up all sorts of observations about the female of the species that were less than flattering.

"If I can use the term on your radio station, you know women do have a bitch switch, and boy if you see two women fighting it is worse than two men.”

I feel kind of sorry for the guy. He went on the air to speak authoritatively about the empowerment of women – you know, as a white male – and Do A Good Thing. And then he forgot himself and proceeded to utter laddish comments about appearance, behaviour and culture. Because, you know, *eyeroll*, women!

And then he had to say sorry.

"As a CEO with a strong track record in the empowerment of female employees in SA and in many other African countries that I have worked in, I am saddened that my stance has been taken out of context," he said. "I regret my choice of words, which I realise were offensive."

As no-pologies go, it’s not dreadful. He’s relying on the “out of context” thing as a defence, but he did say that he regretted HIS choice of words, which WERE offensive, which is a damn sight better than apologising IF he cause offence, as is so often the way that corporate people apologise.

But then he added:

"I have seen instances where women do not support each other to get to the top...and perhaps one of several reasons why women are underrepresented in leadership positions.”

"This is not an environment that was created by women, but one that has been entrenched in the general workplace."

In case anyone is in any doubt about what was wrong with what Dos Santos said, here are a few pointers. “Bitch switch” is probably the biggest problem – even if it wasn’t originally his term. If you analyse what he meant (context notwithstanding), he was basically saying that fighting women are worse than fighting men.

Now, I doubt this was the basis of any kind of scientific study – and if it were, then “fighting” should include all the wars waged by men throughout history – but as it stands, it indicates that he finds it less palatable to see two women having a go at each other than he does to observe two men doing the same thing.

Could this be an example of that whole patriarchal notion than women should be lovely things to behold while men can be assertive and take control?

Because, unless Cell C is very unlike anything I’ve ever experienced in corporate South Africa, I don’t think women are beating each other up in the boardrooms, so I am not sure how else their fighting differs from that of their male counterparts in the same context.

I’m not delighted about his ranking of “good looking” before “smart” and “clever”, but I haven’t analysed the content of Dos Santos’s speech when he’s not talking specifically about women.

However, I suspect that he would describe only women as “good looking” when rating their competencies, but I can’t be certain that he’s not an equal-opportunity flatterer like Obama. Doubt it, though. So again, we probably have a whole lot of objectification going down.

And then, THEN, he has the gall to attribute the blame for women not getting to the top to their own womanly womanliness, rather than to the massive, overwhelming weight of sexism in the workplace, which was actually on vibrant display in that very interview.

And yes, I know he said “one of several reasons”, but he didn’t discuss any of those other reasons, or outline what he plans to do about them, did he?

I don’t think that Dos Santos is the worst type of male chauvinist that there is, but his insidious sexism – sexism that is so much a part of who he is that he didn’t even realise that he was revealing it on live radio, is what we really need to address.