Why Liberia's Sirleaf is no feminist icon 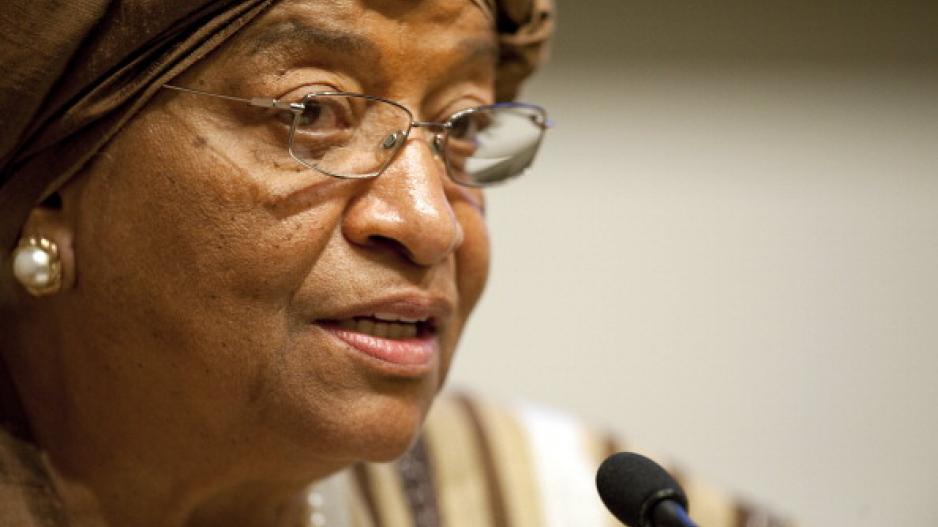 Liberian President Ellen Johnson Sirleaf declared a state of emergency due to the deadly Ebola outbreak.

When Liberians go to the polls in October 2017, there will be a disproportionate number of men on the ballot papers. Only 163 of 1,026 approved candidates – just 16% – in these presidential and legislative elections are women. This represents only a marginal increase since 2005 and 2011, when women accounted for 14% and 11% of candidates, respectively.

Ellen Johnson Sirleaf – who, 12 years ago, became the first woman to be elected head of state in any African country – has often been hailed as a feminist icon. But the poor representation of women in elections is as much her fault as it is a reflection of Liberia’s acutely patriarchal political system.

Her presidency has actually served the interests of a small, elite group of women and men in politics. It has upheld the country’s long-standing patriarchal norms. She has publicly distanced herself from the very movement that first got her elected, decrying feminism as “extremism”.

Mama, whose research focused on African first ladies as femocrats, makes an important distinction between feminism and femocracy. She argues that while feminism attempts to shatter the political glass ceiling, femocracy deliberately keeps it intact. This remains true even though, some decades on from her original writing, the continent can now boast of women presidents like Sirleaf and former Malawian head of state Joyce Banda.

Sirleaf has been conspicuously silent about bolstering women’s roles in politics, apart from a recent public statement in which she vowed to campaign actively for female candidates in these elections.

There have been some legislative efforts to involve more women in Liberia’s political leadership, with minimal to no input from Sirleaf.

A 2014 elections law amendment encouraged political parties to increase their representation of women in leadership roles. Yet Sirleaf’s own Unity Party– with only 10 women out of 58 candidates on its roster – ranks below smaller, less prominent parties in fronting female candidates this year. The United People’s Party, for instance, has 17 women candidates out of a total 64.

Elsewhere on the continent Rwanda, Senegal and South Africa have implemented gender equity bills specifically to propel women to high public office. In 2010 the Liberian women’s legislative caucus sponsored an act that mandated that women should occupy at least 30% of political party leadership. The act would also have set up a trust fund to finance women’s electoral campaigns.

Sirleaf did not actively support the proposed law and it was never ratified.

She has also failed women when it comes to her own high-level political appointments. Only four of her current 21 cabinet officials are women – and none of them occupy strategic ministries like defence, finance, education or public works.

Nepotism has been a problem on her watch, too: Sirleaf has appointed three of her sons to top government positions.

A few successes, but …

This is not to say that Sirleaf’s two terms in office have left women completely high and dry.

Her administration has built or renovated hundreds of markets across the country for thousands of female informal traders called “market women”.

She has also instituted policies to protect women and girls from male aggression. Under her rule, Liberia has implemented the most comprehensive anti-rape law in Africa. A fast-track special court has been established to deal specifically with gender based violence.

Unfortunately, a decade after it was opened, the court remains only in the capital city, Monrovia. This makes it inaccessible to most Liberian women.

And the person who heads the court, Serena Garlawolu, has gone on record endorsing female genital mutilation. Garlawolu says the practice “is not a violation of anyone’s rights culturally”. Liberian women’s rights activists petitioned to criminalise the harmful procedure. But the proposed ban was omitted from a recently passed Domestic Violence Act.

Sirleaf’s record over the past 12 years demonstrates that gender equity is not magically achieved when a woman occupies a country’s highest political office. This is borne out by countless other examples, including Margaret Thatcher and Theresa May in England, Indira Gandhi in India, Dilma Rousseff in Brazil and Julia Gillard in Australia.

The international media and Sirleaf’s supporters continue to hoist her up as the matron of women’s rights in Africa. However, she does not deserve this title. The evidence of this will be glaringly obvious in the October election results.

This article was co-authored with Korto Reeves Williams, a Liberian feminist and a strategic civil society leader in Liberia and the sub-region. It is based on a piece that was originally published by Al Jazeera English.