Will election call prove a nightmare for Theresa May? 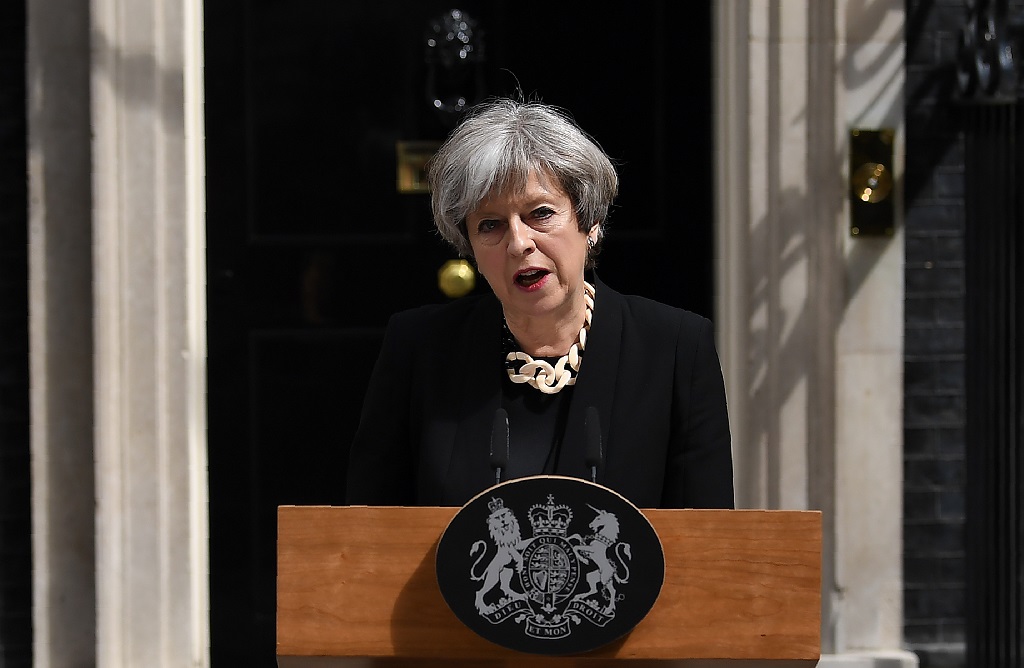 LONDON - When British Prime Minister Theresa May on April 18 called a snap general election, the smart money said she would be handed a crushing victory.

May was deemed to have two massive advantages -- the chance of portraying strong leadership for Brexit and, a rival, Labour leader Jeremy Corbyn, scorned by many voters as weak and fumbling.

In such light, May was predicted to see her slender majority of 17 in the 650-seat House of Commons surge, quite possibly to triple figures.

But as the clock ticks down to polling day on Thursday, these expectations have become clouded by uncertainty.

"She thought she was going to win comfortably, easily, and without much effort. She has been disabused of that," said Iain Begg, a professor of politics at the London School of Economics (LSE).

"She was expecting a very substantial increase in her majority. Anything short of 50 seats is going to look a very bad performance for her."

Campaign trail missteps and a better-than-expected performance by Corbyn have combined to melt May's commanding lead.

Now, with just a few days of campaigning left, she may also face awkward questions about why Britain's security services seem unable to thwart a string of terror attacks.

In the past three months, three assaults in London and Manchester have killed 34 people and injured more than 200 others.

On Sunday, pollster Survation gave the ruling party just a one point lead over Labour on June 4.

Another poll, released a few days earlier by YouGov, even suggested the Conservatives could fall short of a majority and require the support of another party to govern -- a so-called hung parliament.

Even so, talk of how Labour might be wiped out in some Brexit-backing seats has subsided, and some Conservative campaigners are saying candidates are struggling on the doorstep.

May's mantra of "strong and stable leadership" as Brexit looms has been the centrepiece of the Conservatives' campaign.

But the monolithic image has cracked in the face of an embarrassing policy U-turn and May's starchy public manner.

May backtracked on a manifesto policy on capping elderly social care, after a backlash from voters who feared they would have to sacrifice their wealth as they aged.

The tabloids stingingly called it a "dementia tax".

"It has affected perceptions," Paul Howell, a Conservative candidate in northeast England, admitted to AFP after the premier made a visit there last week.

May has also come under fire for refusing to join a head-to-head debate with Corbyn -- and when she does address the public directly, has been accused of offering only pat slogans.

She has sought to steer debate towards the question of who is best suited to get Britain through the arduous negotiations for Brexit.

May likes to contrast her six years' experience as interior minister with Corbyn's lifetime of left-wing protest.

But Brexit -- for many a toxic and divisive issue -- has featured far less in the campaign than might have been expected.

Instead, the biggest issues have been concerns about cuts to school funding and the overstretched National Health Service (NHS).

Corbyn has promised a large increase in funding for public services, paid for by higher taxes for the rich and for businesses -- an antidote to seven years of Conservative austerity.

The state of the public services, and May's U-turns, also feature heavily in a ska protest song, "Liar, Liar", which reached number four in the UK charts on Friday.

Just a few months ago, more of their supporters backed May as prime minister than Corbyn, a veteran socialist viewed as unelectable by a majority of his own Labour MPs.

But he has put in a number of assured performances on television.

"He has looked and sounded comfortable in his skin, in stark contrast to a prime minister who is brittle when she is not absent," a Times columnist observed.

He is a divisive leader, however, and some Labour candidates have said they are going out of their way not to mention his name to voters, stressing their own credentials.

As the election appears increasingly to be a two-horse race, smaller parties are being squeezed out -- except in Scotland, where the nationalist SNP is expected to retain most of the 56 out of 59 seats it won in 2015.

The smaller Liberal Democrats look on course to make little progress, despite presenting themselves as the main anti-Brexit party.