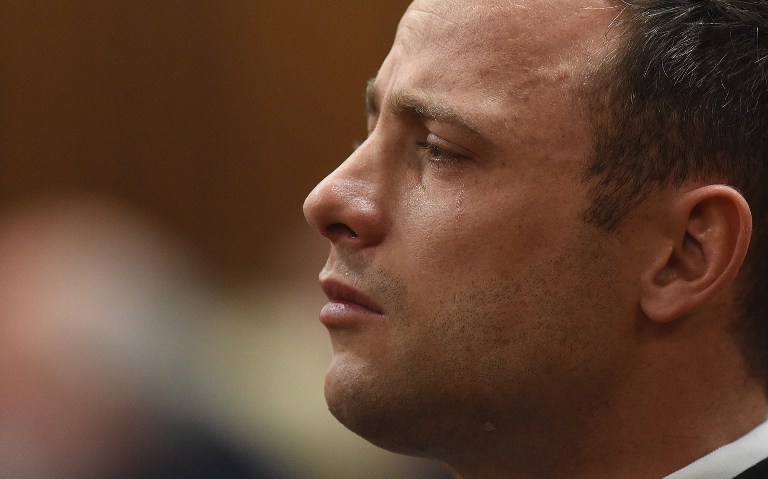 PRETORIA – Oscar Pistorius has been found guilty of culpable homicide and discharging a Glock pistol in Tashas restaurant in Melrose Arch.

In handing down her judgment on Friday, Judge Thokozile Masipa also acquitted him of another two firearm-related charges -- firing his gun through the sunroof of a moving car, and of unlawfully possessing ammunition which he said belonged to his father.

"The unanimous decision of this court is as following: on count one of murder, the accused is found not guilty and is discharged. Instead he is found guilty of culpable homicide," Judge Masipa said.

It has been a long journey for Pistorius to reach this point – the end of a lengthy trial which included four weeks of mental observation at Weskoppies Psychiatric Institution.

Pistorius, once described as one of the most influential people in the world, has experienced a huge amount in his 27 years and is now looking at the prospect of time behind bars.

When he was in matric he had already watched his mother pass away and had broken his first world record. As the first amputee to compete in the able-bodied Olympics, he made history.

Evidence presented to court showed his lavish lifestyle. He owned property and race horses, drove flashy cars and hobnobbed in elite social circles. He was dating a model.

His sponsorships and endorsements were worth tens of millions, securing his future long after he retired from athletics.

But it all changed on Valentine’s Day last year when he fired four gun shots – bringing to an abrupt end everything he had worked for up until that point and ending the life of his girlfriend Reeva Steenkamp.

"The unanimous decision of this court is as following: on count one of murder, the accused is found not guilty and is discharged. Instead he is found guilty of culpable homicide," Judge Masipa said.

Suddenly he was no longer an Olympic hero. In a massive fall from grace, he was facing criminal charges and accusations that he had deliberately murdered the woman he claimed to love.

The media and public interest in his murder trial was massive, sparking an unprecedented decision to grant a court application for the trial to be broadcast.

For the first time in history, South Africans were able to watch an entire criminal trial live.

The prosecution set about building their case, calling on witnesses who told of a woman’s terrified screams in the night. A pathologist testified that Steenkamp had food in her stomach when she died – casting doubt on Pistorius’s version of events. And a ballistics expert explained how Steenkamp had died – shot through a door while standing up straight, the first shot shattering her hip, the last one hitting her in the head.

The state sought to show Pistorius as a narcissistic, arrogant man who had little respect for others or the law and was unwilling to take any responsibility for his actions.

The defence sought to show that Pistorius was protecting Steenkamp when he fired the shots that killed her. They argued that while he was a supreme athlete, he was also a vulnerable amputee, an anxious disabled man. And their expert witnesses tried to cast doubt on the evidence laid out by the state.

Now, however, his future plays out as he fights desperately to stay out of jail, it seems that he has ruined his life. He is unikely to ever again be a hero.

The tattoo on his back is the Bible verse 1 Corinthians 9:26-27 which begins, "I do not run like a man running aimlessly."

His opportunities to run freely are now in question.