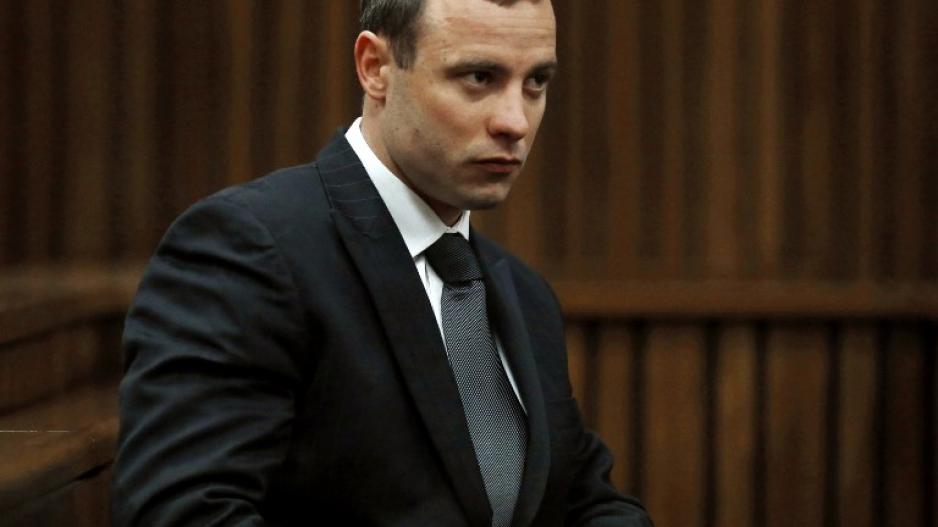 Oscar Pistorius sits in the dock during his murder trial in the North Gauteng High Court in Pretoria.

For LIVE STREAMING, news, views, tweets, pics and LIVE blogging go to: www.enca.com/oscartrial.
PRETORIA – Sports medicine expert Dr Wayne Derman took the stand in the Oscar Pistorius murder trial on Wednesday to testify for the defence.
Derman, who served as the South African Paralympic team’s doctor at the London games in 2012, told the court how international travel and competing at global level was particularly stressful for disabled athletes – “whether wheelchair users or amputees”.
During his time with the team, Derman said he had come to know Pistorius.
“Oscar has been a dedicated athlete, careful not to consume any prohibited substances. He has never tested positive for any banned substances,”  Derman said, adding that Pistorius was prone to respiratory tract infections.
He told how Pistorius&39;s battle to care for his stumps, which were “significantly problematic” as they peeled, became infected, blistered and were often irritated and swollen.
“I have found Mr Pistorius to be anxious during most interactions in environments relating to competition. He has a tremor of the hands and a sleep disorder for which I have treated him,” Derman said.
He had conducted tests in which the anxiety levels of disabled athletes were tested and compared with able-bodied athletes competing at a similarly high level. The tests showed that in general, disabled athletes scored higher than able-bodied athletes, with Pistorius’s scores being particularly high.
Derman began reading out an e-mail he had received from a disabled woman in London in which she explained the hyper-vigilance and fears experienced by disabled people.
Prosecutor Gerrie Nel objected strongly to the evidence, claiming it was hearsay.
Judge Thokozile Masipa heard arguments on the objection and ruled that the emails would be inadmissable as evidence.