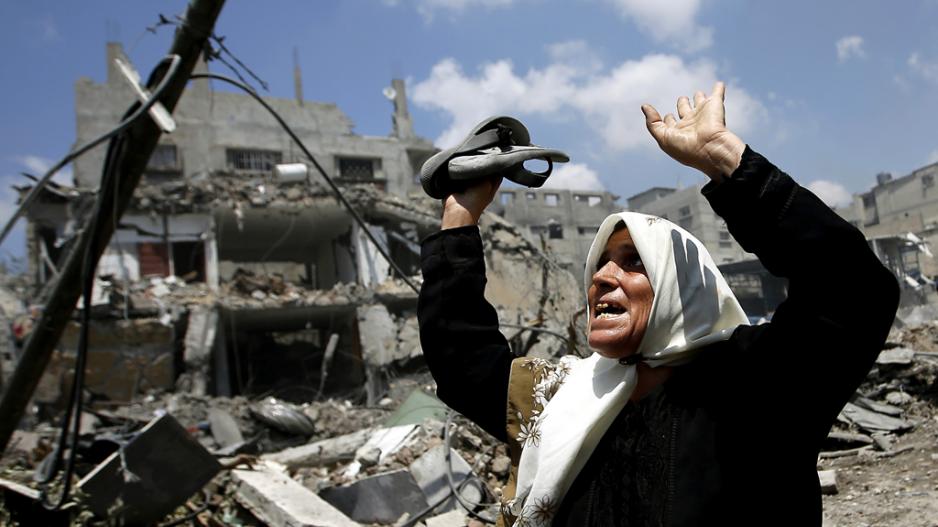 A Palestinian woman cries as she flees from the Al Shejaeiya neighbourhood, during an Israeli military operation in the east Gaza City, 20 July 2014.

DOHA - Palestinian president Mahmud Abbas arrived in Qatar Sunday to discuss a ceasefire with Hamas leader Khaled Meshaal for the war raging in Gaza, ahead of a visit by the UN chief.

Israel says its offensive that began on July 8, and which has killed more than 425 people, is aimed at destroying tunnels used by militants from Hamas and other groups to infiltrate Israeli lines, and stop rocket attacks.

Secretary General Ban Ki-moon was due in Qatar to begin a regional tour to express "solidarity" with Israelis and Palestinians, his office said.

His timetable in Doha was not immediately clear, but Ban is to meet Egyptian President Abdel Fattah ah-Sisi in Cairo Monday to discuss proposals to arrange a truce in the deadly Gaza conflict.

Egypt&39;s foreign ministry said their talks would "focus on the deteriorating situation in Gaza and the Egyptian initiative for a ceasefire".

In an effort to end the growing bloodshed, Abbas is to meet later Sunday with Hamas&39;s exiled leader Meshaal, a Palestinian source said.

The Hamas leader was on a brief visit to Kuwait for talks on Gaza with its ruler, Emir Sabah al-Ahmad Al-Sabah, diplomats and the Kuwaiti news agency KUNA said.

Kuwait backs the Egyptian initiative to end the bloody conflict, the foreign ministry said in a statement.

It also urged the "international community to put pressure on Israel so that it will stop its aggression" against the Palestinians.

Relations between Egypt and Hamas have hit an all-time low since the military ousted Islamist president Mohamed Morsi last year and outlawed his Muslim Brotherhood, a key Hamas ally.