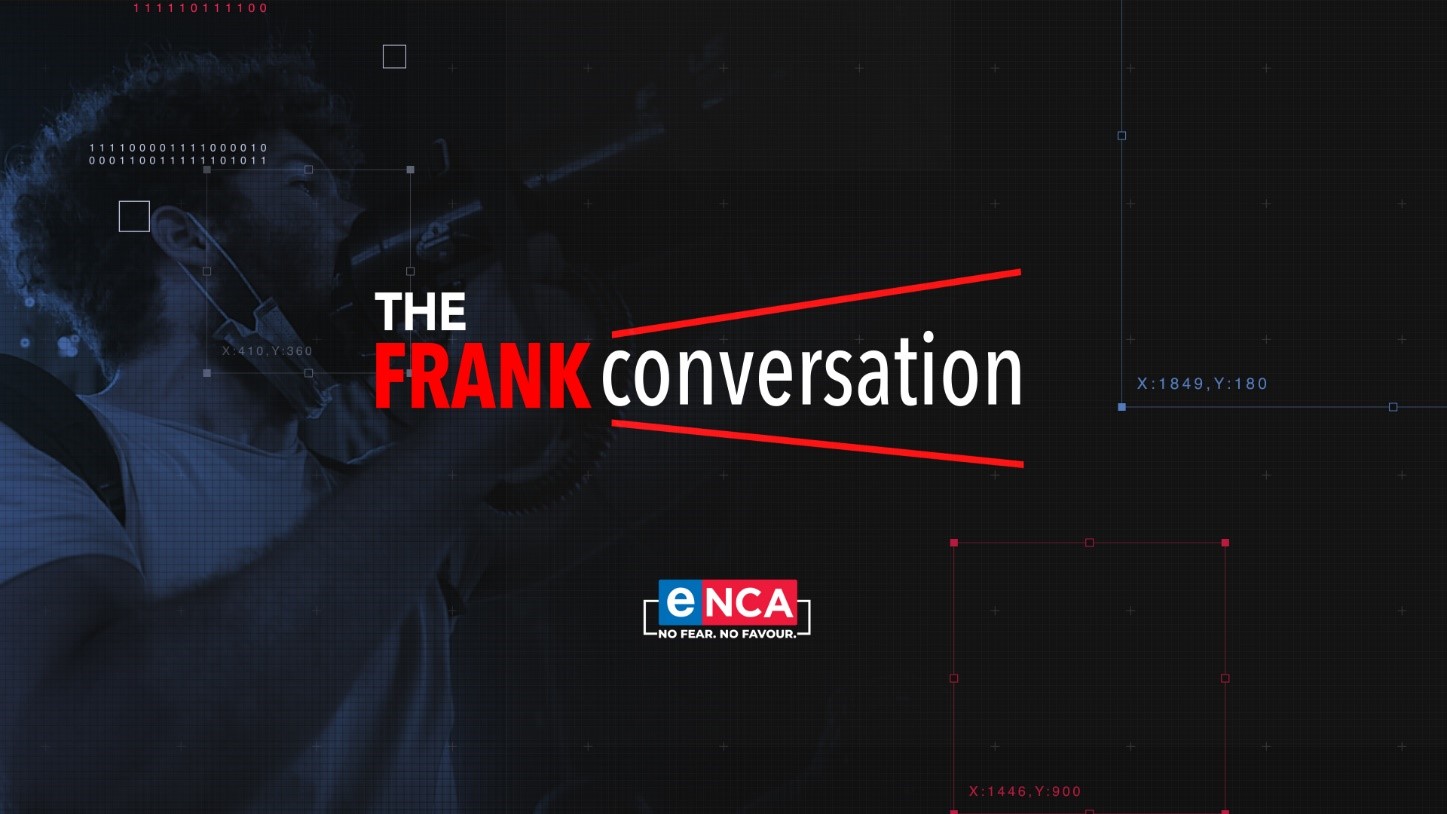 After 27 years why is racism and racial tension deepening in South Africa?

JOHANNESBURG - eNCA is pleased to present The Frank Conversation, a round table dialogue that addresses current and pertinent matters impacting South African society. The Frank Conversation aptly launches on Freedom Day, 27 April and deals with the issue of race and race-relations.  South Africa has been a free nation since 1994 yet race and race-relations still a pertinent topic in every area of the country’s system; economic, corporate, social, education and even in the media. The show is divided into 3 parts, focusing on the ramifications of race on the economy, youth and media.

“eNCA appreciates that we have a powerful platform that can be used for open and honest engagement, a platform that acts as a catalyst of change in our society. The Frank Conversation aims to do just that. We need to have tough deliberations in order to move forward as a nation.  Our panel takes a no holds barred approach to the issue of racism, and their healthy deliberation uncovers the underlying causes of racism and possible ways in which these should be addressed. As a channel we have a duty to contribute to building a non-racial society.” says John Bailey, Managing Editor at eNCA.

JJ Tabane who presents Power to Truth on eNCA will be the host for the first discussion and will be joined by guest panelists Political Activist and Author, Dr Allan Boesak, Professor Elmien Du Plessis an Associate Professor of Law at North-West University and Rekgotsofetse “Kgotsi” Chikane a Lecturer at the University of Witwatersrand.

“I think media is indispensable, and can help us identify issues. We must not lose sight of the fact that race is not a thing, but a political, social construct for political control, manipulation and division” Dr. Boesak alludes in his opening to the discussion. He is a cleric, politician, anti-apartheid activist and an author. Dr Boesak has led the African transformation in race in churches across the globe. He became known in 1968 as a liberation theologian and published his doctoral work ‘Farewell to Innocence’ in 1976.

We also explore the significance of the economy when it comes to issues relating to race.  The Inequality Trends in South Africa based on a report released in November 2019 showed that on average white South Africans earned three times more than black South Africans. The report also found that the wage gap between South Africa's race groups increased between 2011 and 2015 and black households had the highest unemployment yet earned the lowest wages in the country. Khaya Sithole, an Economist weighs in on this part of the discussion to share his views as an addition to the guest panel.

Mapaseka Muroa, a Political Activist joins the panel on the youth segment. Research shows that South African youth enjoy working and tackling problems collectively, have an affinity with entrepreneurship, aren’t afraid to take risks or challenge the status quo and have higher expectations of themselves and their world than their parents and earlier generations did. Muroa shares a perspective on where the youth are in terms of race and some of the struggles youth face today.

The advent of social media has further complicated the country’s attempts to address institutionalized racism that was entrenched in our society due to it being a defining feature of apartheid. Highly publicised racist occurrences, such as the Penny Sparrow, Justin van Vuuren, Chris Hart and the Velaphi Khumalo incidents, were all highlighted through social media and highlight the challenges involved in addressing racism. The South African Human Rights Commission, does not identify “social media” as a specific category in classifying the human rights complaints it receives. However, social media is increasingly being cited as a “location” in which race based equality complaints arise. Tebogo Ditshego, media owner and President of PRISA, shares his views on the role of media in the race and racism context.