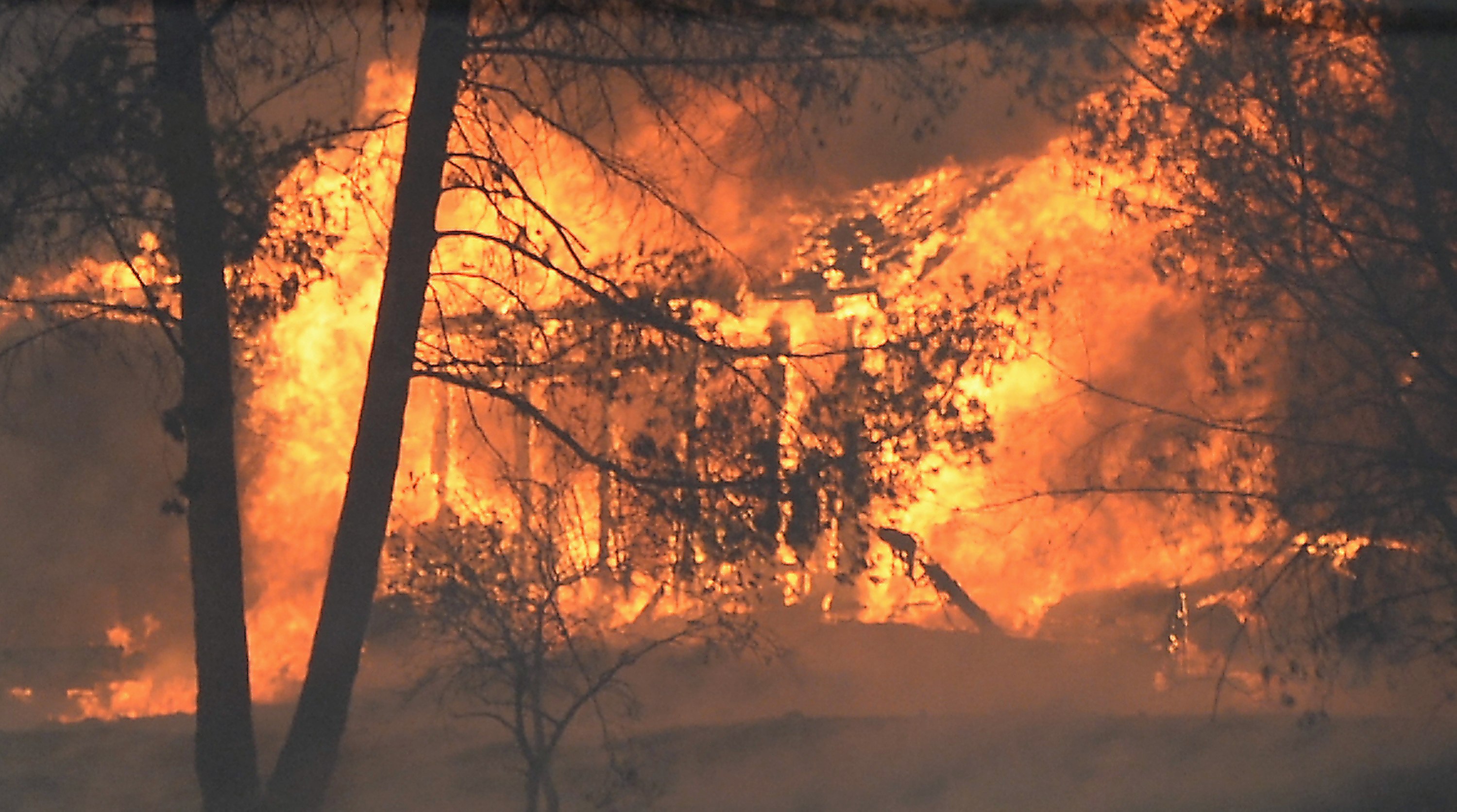 A fast-moving California wildfire, so-called the "Colby Fire," burns nearby homes, in the hills of Glendora January 16, 2014. The wildfire, started accidentally by three campers, roared out of control in foothills above Los Angeles.

The attack was led by Pygmy militia commander Mubone Mbuyu "as a reprisal for atrocities committed against Pygmies," Lieutenant Colonel Felix Prosper Basse, spokesman for the UN MONUSCO mission, said on Wednesday.

Mbuyu&39;s men "burned down several villages belonging to the Luba community" in Katanga province between August 10 and 12, he said.

On August 7, members of the Bakata-Katanga militia, which is comprised mainly of the DRC&39;s dominant ethnic Luba, attacked a Pygmy village in Kasinge in the north of Katanga province, burning homes and mutilating and killing three men.

The ongoing violence in the region has spurred an exodus of civilians, with the UN counting 545,000 displaced persons in Katanga in June, a 50% rise from a year earlier.

Clashes erupted between the two sides in May last year after the Bakata Katanga group struck Pygmy areas in the east of the country.

The DRC already has the world&39;s largest UN mission, but US group Refugees International earlier this month appealed for more UN peacekeepers to go to Katanga to protect civilians "more efficiently".

Pygmies are a hunter-gatherer people who live in the DRC, Central Africa, Congo, Cameroon and Gabon.

Their way of life is threatened by deforestation, mining and increasing pressure on agricultural land. They also face discrimination and contempt from other ethnic groups.

Last month they petitioned the parliament for a law on Pygmy rights.