Ramaphosa joins Zuma at the helm 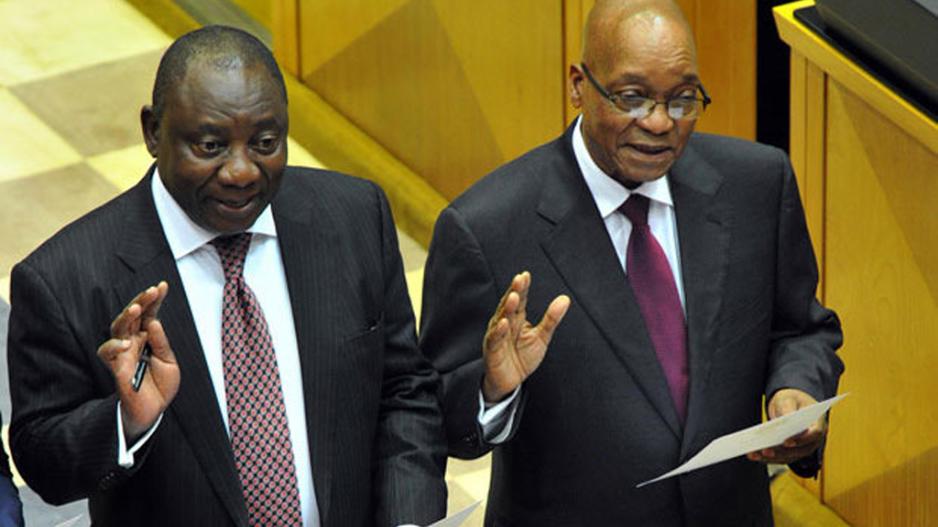 President Jacob Zuma and African National Congress Deputy President Cyril Ramaphosa take an oath of office during the swearing-in ceremony of Members of Parliament on May 21, 2014.

PRETORIA - Cyril Ramaphosa is set to be appointed deputy president this weekend. He was last in public office almost two decades ago.

The former trade unionist and businessman last served in government in the mid-90s before leaving politics for  the corporate sector.

Ramaphosa rose to prominence in the trade union movement after graduating from the University of the North with a law degree.

He worked as a legal advisor for the Council of Unions of South Africa in 1981.

And was instrumental in forming the National Union of Mineworkers in 1982, serving as its first general-secretary.

Ramaphosa then helped form the Congress of South African Trade Unions in 1985.

For the rest of the decade, Ramaphosa cut his political teeth, leading rolling mass action in the mining sector, bringing the Apartheid economy to its knees.

When Cosatu joined forces with the United Democratic Front against the National Party government of PW Botha, he took a leading role in what became known as the Mass Democratic Movement.

And as Mandela walked to freedom, Ramaphosa was at his side, offering a brief glimpse into what the future held.

Today at 61 years of age, Ramaphosa will become the country’s number two.