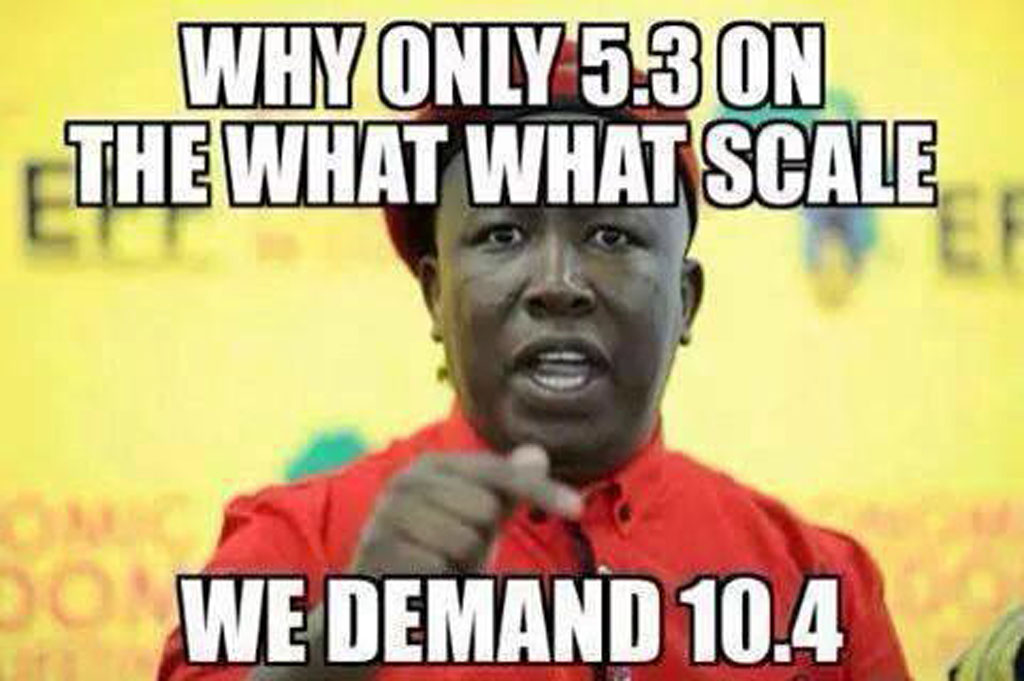 JOHANNESBURG - News of an earthquake early on Friday, 22 August has prompted a range of social network responses, from the comic to the serious.

"I felt it while studying," Siyabonga Siya Siyaboni said on eNCA&39;s Facebook page . "At least I knew what was happening this time around."

Emmanuel Sibiya said he was also studying when the quake struck. "It disturbed my studying," he wrote.

Moses Maphalala said he felt the tremors while sleeping. He jumped from his bed and went through the door quickly because he was scared.

The National Council For GeoSciences confirmed the quake clocked 3.8 magnitude on the Richter scale, but one Twitter user shared an image of Malema with different (incorrect) Richter scale numbers.

Lol this is what happened when we had a tremor earthquake wonder what will be his respond now that it is 5.8 pic.twitter.com/WO89T4J6NE

Selaelo Lamola wrote, "That was Zuma trying to strike Malema with a lightning. Unfortunately he has mistakenly chosen an earthquake when buying a lightning. It wasn&39;t his ... intention."

"It&39;s due to EFF vs ZUMA yesterday," wrote Mashudu Ndou.

(On Thursday, 21 August in the National Assembly, Malema had asked Zuma when the president would pay back the millions of rand spent on security upgrades to the president&39;s Nkandla residence.)

Soon after the tremors and well into Friday morning people relayed their quake experiences with eNCA via social media.

@ENCA We just felt another EARTHQUAKE or TREMOR. Which ever it is, our house just shook vigorously. Everyone is up.

The country hit by another earthquake? Hahahahaa! Does eNCA mean real earthquake or do they refer to EFF?

Michelle Grobelaar from the National Council of Geoscience said the quake hit Carltonville at 01:14 CAT.

"After that, there were several aftershocks," council seismology unit manager Grobbelaar said.

She said no deaths had been reported.