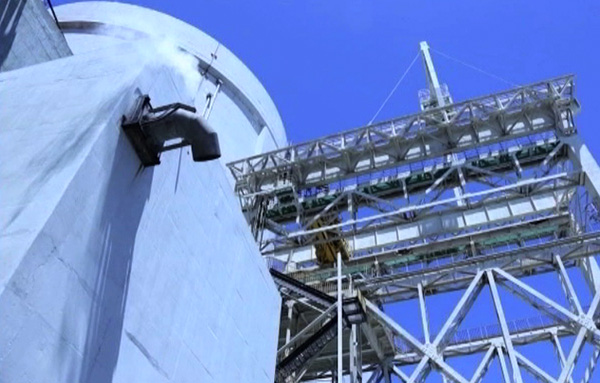 JOHANNESBURG - South Africa has signed a deal for the construction of nuclear power plants with the Russian government’s atomic energy corporation.
Russia&39;s atomic energy agency said Monday it will provide up to eight nuclear reactors to South Africa by 2023 in a $50-billion strategic partnership between the two countries. One reactor costs around $5 billion, according to the Itar-Tass news agency.
Tina Joemat-Pettersson, minister of energy and Sergey Kirienko, the Director General of the State Atomic Energy Corporation ROSATOM signed the agreement on the sidelines of the 58th session of the International Atomic Energy Agency General Conference in Vienna.
The agreement will underpin the country’s nuclear power plant construction programme with new nuclear power plants featuring Russian VVER reactors with total installed capacity of up to 9,6 GW (up to 8 nuclear power plant units).
The agreement will cover joint nuclear power plant construction and also research and education collaboration.
According to a statement by ROSATOM, these will be the first nuclear power plants based on Russian technology to be built on the continent.
“I am sure that cooperation with Russia will allow us to implement our ambitious plans for the creation by 2030 of 9.6 GW of new nuclear capacities based on modern and safe technologies. This agreement opens up the door for South Africa to access Russian technologies, funding, infrastructure, and provides proper and solid platform for future extensive collaboration,” Joemat-Pettersson said in the statement.
It is estimated that the agreement will generate $10bn of local procurement, according to Kirienko.
The government has targeted an increase in the electricity reserve margin from 1% currently to 19% by 2019 in its medium strategic framework, the implementation plan for the National Development Plan.
According to Joemat-Pettersson, “South Africa today, as never before, is interested in the massive development of nuclear power, which is an important driver for the national economy growth."
In an interview on eNCA with Xolisa Mabhongo, permanent ambassador to the UN in Vienna and member of the executive at the South African Nuclear Energy Corporation (NECSA) he said it is an initial preparatory phase for a new nuclear build in SA and similar agreements are expected with other vendor countries.
He also said that the figure mentioned of $40-$50 billion is figure in which the local industry will participate and there are various models of financing nuclar programme.
He also mentioned that one of the things South Africa has to do is reduce dependence on coal to reduce carbon footprint to meet targets regarding climate change.