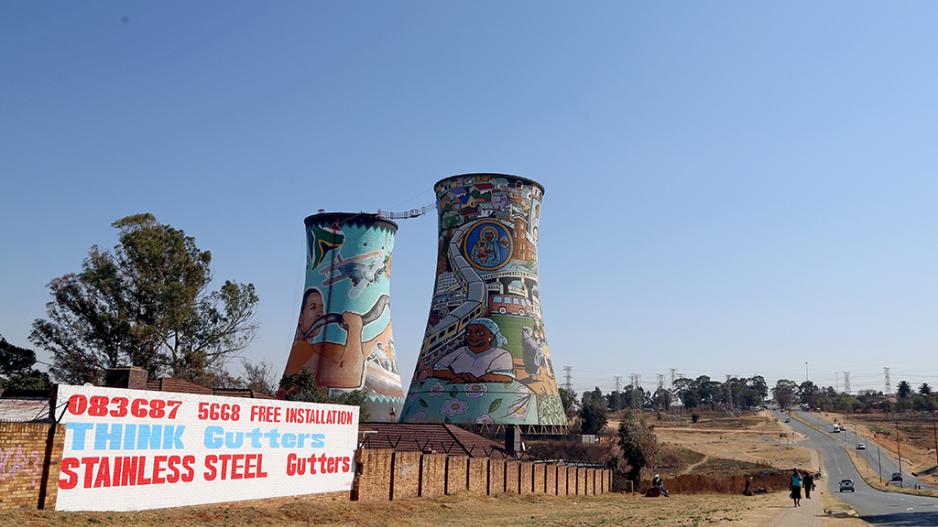 The Orlando towers in Soweto, Johannesburg are now a major attraction for tourists who like to bungee jump off the top of the former cooling towers.

As one of the success stories of South Africa post-1994, international tourist arrivals have significantly increased. In January this year 243,176 travelers arrived in South Africa -- an increase of 8.1% compared with January 2013.

A significant increase of visitors from smaller countries such as the Seychelles was also noted in the same statistics.

Aside from international arrivals, domestic tourism has also increased.

South Africans choosing to holiday at destinations here in the country contributed R24.3-billion to the economy last year, which is an increase from R21.8-billion in 2012.

Most people are visiting friends and family as opposed to going on private holidays and staying in commercial accommodation, such as hotels.

Spending per day has also increased.

eNCA economic analyst Trudi Makhaya says increased expenditure is a positive sign. “It’s a good thing that people are spending more per day however the value of total expenditure would be even higher if they were going on longer trips.”

“A decreasing number of nights is not a positive trend,” she said.

Government has launched a number of campaigns to encourage more local trips.

This is part of the Department of Tourism’s efforts to encourage visitors to learn more about South Africa’s rich history and heritage.

At the launch of tourism month, Minister of Tourism Derek Hanekom said that since it is the first tourism month without Mandela, he should be honoured by all.

“We call on all South Africans to take the time to visit the sites and attractions around the country associated with his life, as we look to celebrate and honour his legacy,” Hanekom said on Monday 25 August at the launch held in Johannesburg.

Watch a video about the new map below:

All figures listed in the graphics above are from South African Tourism.